And the country has only four women’s shelters. 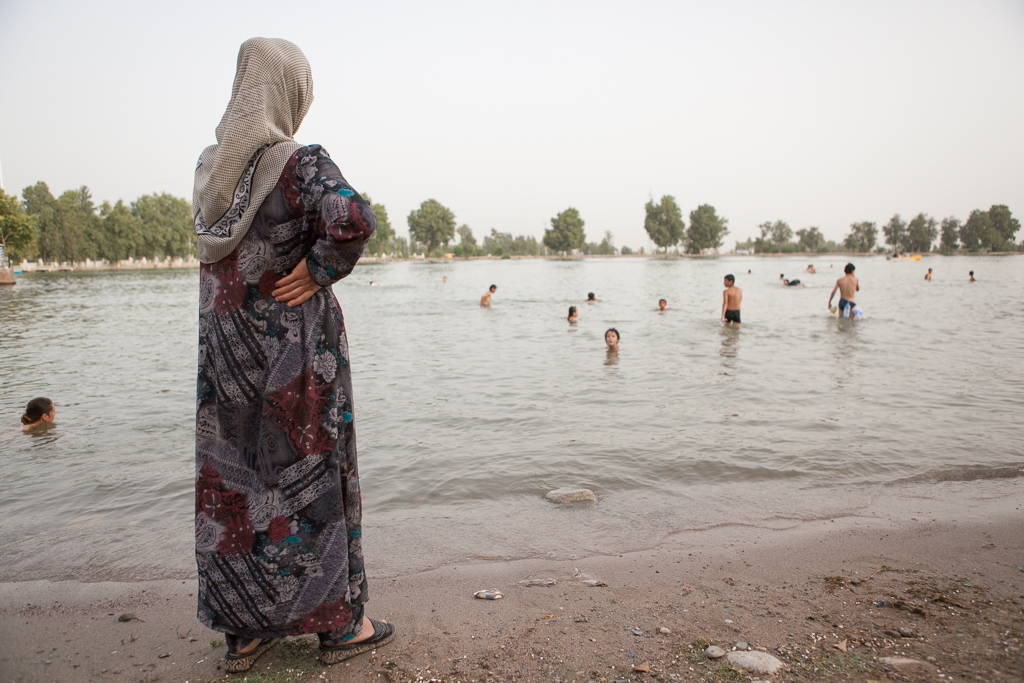 Ninety-seven percent of Tajik men and even 72 percent of women believe domestic violence is something that must be quietly endured for the sake of family happiness (photo: David Trilling)

Authorities in Tajikistan seem by and large to believe that women should tolerate domestic violence.

That was the finding of a detailed Human Rights Watch report that lays out years of work researching the violence meted out toward woman in Tajikistan’s homes. The names of the 81 victims interviewed were changed to protect their confidentiality.

The mistreatment described by the rights group often goes beyond mere cruelty.

“He tried to kill me so many times,” said Sabohat. “Once I told him that he was speaking loudly and would wake our newborn. After that he punched my head against the wall so hard that I lost consciousness.”

When Sabohat appealed to her husband’s parents, her pleas were ignored. “Well, every woman gets abused. You must be patient,” is what she recalls them saying.

There is a proverb in Tajik: gold is hidden under patience. And so, the vast majority of people – 97 percent of men and even 72 percent of women queried – believe violence is something that must be quietly endured for the sake of family happiness. That was the finding of 2016 survey carried out in six cities in Tajikistan by a government agency.

Even when abused women are surrounded by their parents, police and healthcare workers, the impulse is typically for those around the victim to push for forgiveness instead of arrest and prosecution.

The accounts of abuse collated by HRW make for difficult reading. Women are raped, beaten with bricks and other heavy objects, they are stabbed or mutilated by having burning bricks put on their face. The attacks described are often not the outcome of spontaneous act of rage, but rather premeditated torture. One woman was forced to stand for a protracted period holding a bucket of water.

Requests to the government to provide statistics on the scope of this problem have gone unaddressed. Whatever data there are will only be partial since so many victims are afraid to report their plight.

When Sabohat was stabbed in the foot by her husband, who suspected her of adultery, she covered up for him.

“I went to the local clinic and hid what had happened, saying it was a kitchen accident,” she told HRW.

Another problem is the stigma reserved for divorced women. Custom dictates that family trouble should be kept under wraps, away from prying eyes. Most of the women interviewed by HRW said they were afraid to go to the police out of fear of judgement from neighbors.

When Sabohat finally summoned the courage to go to the police and prosecutors, they did nothing. She only got counselling and training from a shelter in Khujand, her home city. There are only four such shelters in Tajikistan – one for each region. Each shelter is designed to accommodate a maximum of 10 women at a time. Extrapolating from guidelines designed by the Council of Europe, HRW argues that a country with a population the size of Tajikistan’s ought to have 870 shelter beds.

“It is not an exaggeration to say that the shelter deficit in our country is catastrophic,” Shakarbek Niyatbekov, an expert on domestic violence at the Swiss Agency for Development and Cooperation, told HRW.

Creating and registering shelters is costly and complicated, however – a fact that prompts activists to demand the process be simplified.

The importance of the safe havens stems from the life of economic precariousness that abandoning an abusive spouse can entail. It is common in Tajikistan for divorced fathers to refuse to provide child support, in defiance of court orders. And the state does not provide that support either.

Because of this lack of aid, Mohsafar M., a mother of three children, says she is prepared to endure her husband’s cruelty and is considering returning to him. He once beat her to a state of unconsciousness in reproach for failing to carry bricks while building their house. Her husband's brother attempted to rape her. Because she had no money, she could not hire a lawyer to initiate divorce proceedings. Eventually, when her husband left for Russia to work, he met another woman and abandoned Mohsafar.

At the time of her interview with HRW, Mohsafar was running a small shop in her village but struggling to keep up rental payments.

A law on the prevention of domestic violence was adopted in 2013 following a decade of advocacy. But this legislation is profoundly undermined by weaknesses and loopholes. Domestic violence is not recognized as a crime in and of itself. The lack of a definition of the “family” leaves unmarried woman and partners in polygamous arrangements, which are common in Tajikistan, unprotected.

HRW’s report recommends the government step up the arrest of people responsible of domestic violence. It also says that victims of domestic violence should be provided with access to free legal aid. And it is important to educate officials about the problem.

“Continuously raise public awareness of all forms of gender-based violence, of available services, how to access them, and of appropriate action by the authorities, including the police and domestic courts, and monitor such activities and assess their impact,” reads one recommendation.

Failing to do any of this means accepting grave consequences, according to one NGO worker in the northern town of Isfara who was interviewed by HRW.

“Many women have ended up committing suicide here in the Sughd region because they are living lives far removed from any access to assistance,” he said.