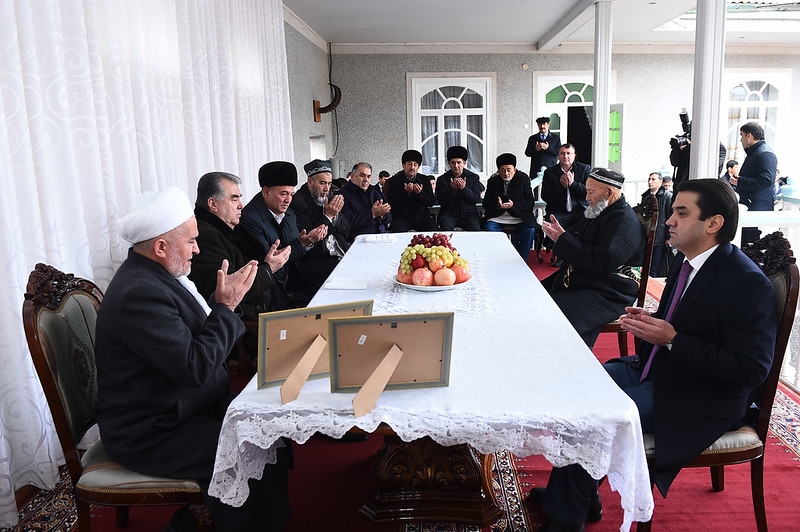 Authorities in Tajikistan have reportedly detained dozens of suspected members of the banned Muslim Brotherhood group.

RFE/RL’s Tajik service, Radio Ozodi, on January 6 reported that those taken into custody include university teachers and heads of local government. At least 27 have been detained in the sweep, which has taken place over the past week, Ozodi reported.

The Muslim Brotherhood, a politically engaged and conservative Islamic group founded in Egypt in the 1920s, was banned in Tajikistan in 2006.

According to the relatives of one suspect who spoke to Ozodi, security personnel confiscated religious literature during a search of their home.

Payom, a website with links to the exiled opposition, offered an even higher estimate for the number of people detained – somewhere between 100 and 250. It said around 20 of those people were university lecturers.

A government source confirmed to Eurasianet that there were teachers among those detained, but declined to provide more than a few specifics.

Among the detainees is a 60-year-old citizen of Egypt, Ali Mansur Bayumi, and his family, Eurasianet’s source said. Bayumi taught at the Middle Eastern studies department at the Tajik National University in Dushanbe.

The case is being handled by the General Prosecutor’s Office and has been classified as confidential.

Tajikistan is no stranger to waves of arrests on alleged grounds of religious extremism. These sweeps have often been pursued with the intent of muzzling anti-government elements.

In 2016, the State Committee for National Security, or GKNB, arrested 20 imams on suspicion of being members of the Muslim Brotherhood. Official statements noted at the time that the men had joined the organization while studying in the Middle East.

Authorities in Tajikistan are deeply suspicious of religious figures espousing anything other than closely vetted and vigorously pro-regime themes permitted by the government.

It is the Islamic Renaissance Party of Tajikistan, or IRPT, that has mainly been on the receiving end of security sweeps. The party, which lost its only two seats in the March 2015 election, was declared an extremist organization later that same year, despite it explicitly rejecting ultra-orthodox rhetoric and direct political action, and was subsequently targeted with mass, nationwide arrests.