Tajikistan: Driving Above the Law 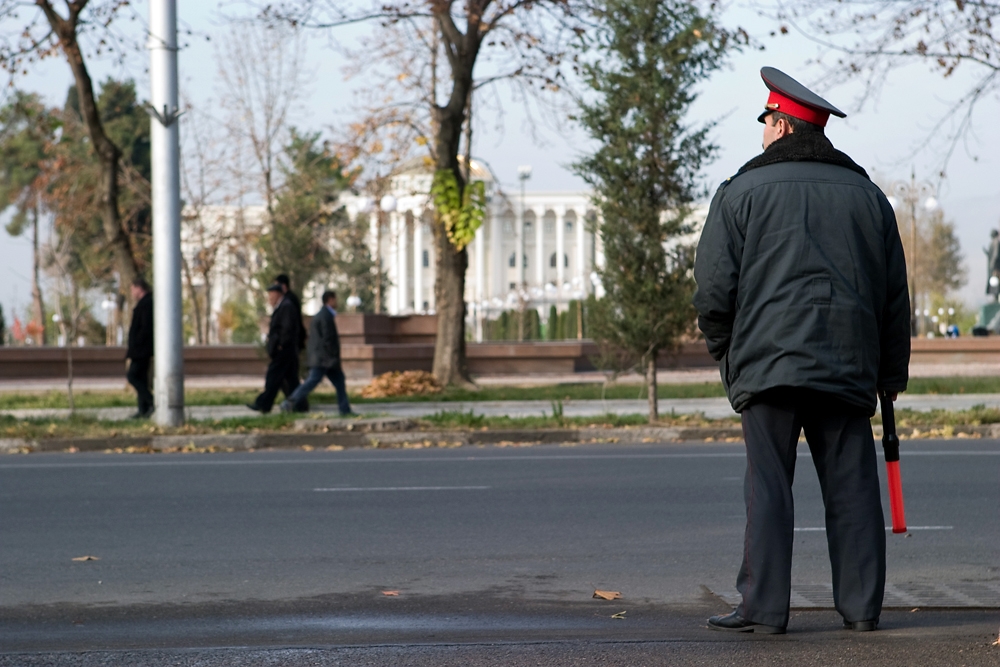 Can one measure civil society by how people drive? Over the last two months, journalists and human rights activists have called attention to the driving behavior of Tajikistan’s super-wealthy class. Their expressions of concern are an outgrowth of several high-profile incidents involving reckless driving, episodes that are the subject of widespread gossip in Dushanbe. A general impression stoking bitterness and hostility among legions of impoverished Tajiks is that the country’s uppermost caste – including some officials – can act with impunity.

A significant source of discontent appears to be the immunity offered to people who can afford vanity license plates. Plates featuring numbers such as “7777” and “0101” are status symbols and appear to convey privileges. Though the numbers have for years been a marker of authority in Tajikistan, two years ago officials realized such plates, and other perks for drivers, could be a potential source of revenue for the state.

In early 2010, the Interior Ministry began selling drivers the rights to tint their windows, which was previously illegal. At the same time, they started auctioning what are locally called “blatnoi” license plate numbers – in this case the Russian word roughly refers to someone who has strong connections with people in power – with easily identifiable sequences.

Although some call it an expensive indulgence – an annual fee of $500 for the tinted windows, and often well over $1,000 for a blatnoi number – moneyed drivers find the indulgence worthwhile. A car with such a plate may generally disregard police checkpoints without fear of a fine, as any pedestrian attempting to cross Dushanbe’s main thoroughfare can attest.

For the state, the sales are a no-brainer: The income is supposed to go to a special fund for construction of the Rogun hydropower plant, which the authorities are pushing to ensure energy security in Tajikistan. In April 2010, the state-controlled Tajprombank reported that plate number “0001” sold for almost $10,000. An estimate by Russia’s Regnum news agency said the tinted-glass fees could contribute millions of dollars to Rogun.

But two recent incidents illustrate the hazards of separating drivers into classes. Critics allege the number plates and tinted windows -- because they identify the occupants as wealthy and important -- give drivers a feeling that they are not subject to the same rules as everyone else.

In mid-April, the Interior Ministry confirmed that 25-year-old Farkhod Abdulloev, the son of Tajik Supreme Court Chairman Nusratullo Abdulloev, killed a Chinese citizen in Dushanbe with his BMW, the Interfax new agency reported on April 19.

Also in April, two men driving a Mercedes with plate number 9889 assaulted 25-year-old police officer Ravshan Sharipov after he stopped them for running a red light, according to witnesses cited in local press reports. He died several days later. The Prosecutor General’s office is investigating the incident.

“A car with such number plates does not face any problems on the roads,” lamented Zafar Abdullayev, former editor of the Avesta news website, in a May 27 commentary on that website. “Who is going to fight against that: the head of state? In fact, people say that his relatives themselves drive cars with these types of number plates. Then who: the minister of internal affairs? I do not think so as his own son drifts around the city in his Lexus with 01-01 AA 01TJ number plates, which is familiar to every traffic police officer. […] In such circumstances, how can one expect law and order to rule our streets and roads?”

Traffic police officers complain they are powerless to halt the infractions, afraid to stop a car with a blatnoi plate. “The whole system needs serious reform,” an officer who teaches at the Police Academy in Dushanbe told EurasiaNet.org on condition of anonymity. Indeed, it is not uncommon to see traffic police in Dushanbe salute an expensive car with vanity plates, even when it is zigzagging through regular traffic at twice the speed limit.

Tajikistan is lacking the political will to confront reckless behavior, the police officer explained. The country needs “a common culture of zero tolerance to violators of laws, which must be mandatory for every citizen regardless of his or her social status,” he said.

One former official blames the culture of impunity on widespread nepotism in the highest echelons of power. The ruling class “care only about their own interests; they are unpredictable,” Gen. Abdullo Khabibov, a retired Interior Ministry official and former MP, said in an interview with the Asia-Plus weekly newspaper in March. Their behavior is “causing popular frustration.”

“All these expensive cars with dark glass and nifty plates are like a slap in the face amid the ongoing [financial] crisis and growing problems,” Lidia Isamova, a Tajik journalist with Russia’s RIA Novosti news agency, told EurasiaNet.org. “Foreign diplomats and humanitarian workers accredited in Tajikistan say even they can hardly afford such cars. In the poorest of the former Soviet republics, this is a sign of social abnormality.”

The police officer also warned that the mounting anger could one day create a backlash. “As the gap between the rich and the poor keeps growing, so does the wrath of those who have nothing as opposed to those who have a lot,” he said.

Konstantin Parshin is a freelance journalist based in Tajikistan.