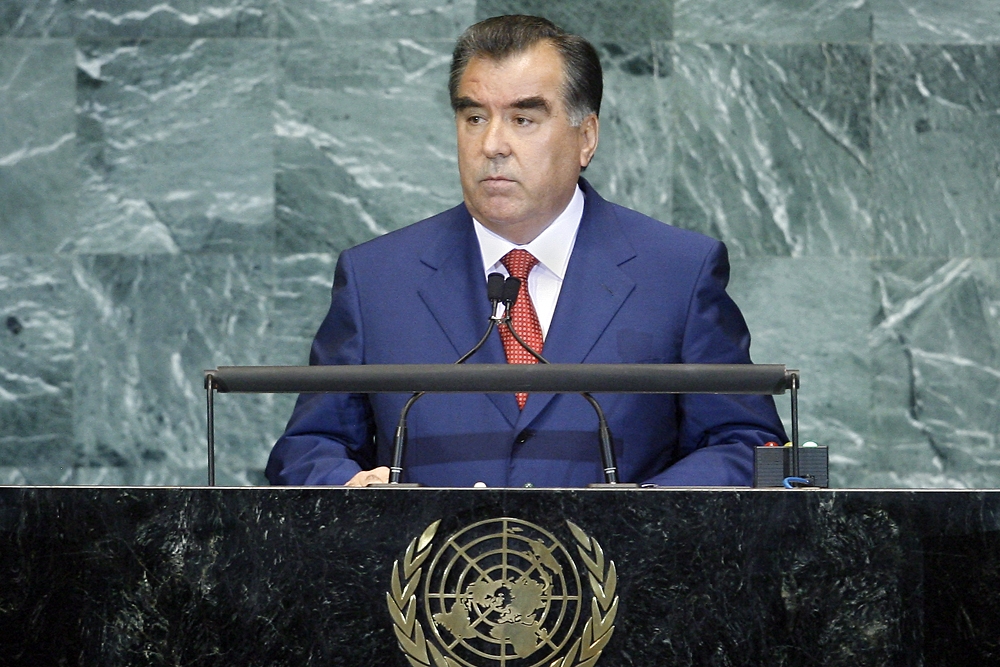 It looks like Tajikistan is following a regional trend by drafting legislation that may sharply restrict the activities of foreign-funded non-governmental organizations. Activists say the bill threatens to hinder the operations of hundreds of organizations working on everything from human rights to public health.

The leaders of several prominent NGOs told EurasiaNet.org they were caught off guard when the bill was introduced earlier in November. They added that they were not involved in the drafting of the legislation, as had been customary for NGO-related bills, and have not been able to obtain details about the specific wording of the draft. The government has said nothing publicly yet about the bill, which comes as state agencies have increased unscheduled inspections and other bureaucratic measures concerning non-profits, the NGO leaders say.

Under current regulations, all NGOs operating in Tajikistan must regularly present detailed reports on their activities to the Justice Ministry, where they are obliged to register; they also must present financial statements to tax inspectors.

The draft law is believed to require local non-profit organizations to obtain the government’s approval before accepting funds from a foreign donor. For now, it is unclear from whom the local organizations would seek permission or who would appoint and manage that body.

“There are reasons to fear that it [the bill], in practice, would amount to a system of pre-authorization for the use of foreign funds that would involve direct government interference into the activities of NGOs, and could result in arbitrary delays and denials to register grants,” according to a forthcoming letter to the Tajik government that has already been signed by at least 70 organizations.

“If adopted, the draft legislation would further worsen the climate for NGOs, and is also likely to contribute to public mistrust and suspicion of foreign-funded NGOs by singling them out for a specific registration regime,” the letter added.

The public first heard about the draft legislation during a November 18 conference on freedom of speech in Tajikistan, during which NGO leaders noted a generally deteriorating climate for basic freedoms.

“In reality, it implies that the government will be dictating to NGOs which projects they should implement,” Nargis Zokirova, director of the Bureau on Human Rights and Rule of Law, told EurasiaNet.org. “Authorities demand maximum transparency from us. However, the draft law, which directly concerns our activities, was developed without the [input of] civil society organizations. None of us was aware of it.”

It is unclear why a government that frequently touts its commitment to battling corruption would create an additional layer of the kind of bureaucracy that can breed sleaze. Tajikistan already ranks 154 out of 177 countries on Transparency International’s most recent Corruption Perceptions Index.

Several activists said they feel Tajikistan’s authoritarian-minded government is simply following the regional trend of tightening regulations in order to silence critics. Many are pessimistic and expect the government will have the country’s rubberstamp parliament approve the bill before the end of the year. “It is quite obvious that many domestic organizations will have to terminate their activities,” said Nuriddin Karshiboev, director of the National Association of Independent Media (NANSMIT).

Conditions for civil society organizations have deteriorated in all Central Asian countries over the last few years. Russian President Vladimir Putin established a precedent in 2012 by signing a law that requires local organizations receiving foreign funding to self-identify as “foreign agents” – Soviet-era slang for spies. Legislators in neighboring Kyrgyzstan are currently pushing an almost word-for-word copy of that 2012 law. If enacted in Kyrgyzstan, NGOs there would have to cope with burdensome reporting regulations.

Long-serving President Emomali Rahmon appears to have a strong grip on power in Dushanbe. Even so, authorities have moved steadily in recent years to limit the space for any form of dissent.

A court shut down the human rights watchdog organization Amparo in the northern city of Khujand in 2012 for alleged technical violations shortly after an Amparo representative accused the government of failing to address widespread reports of detainees being tortured.

In October, Tajik security forces mustered a massive display of strength at the mere rumor of a demonstration, which never came to pass. This month, the lower house of parliament quickly approved a draft law restricting demonstrations, again without public consultation. The Asia-Plus news agency quoted political scientist Abdugani Mamadazimov as saying that the law shows that authorities have “opted for stability to the determent of democratic traditions.”