Tajikistan: Dushanbe Hopes To Cash In On Natural Resources Discoveries 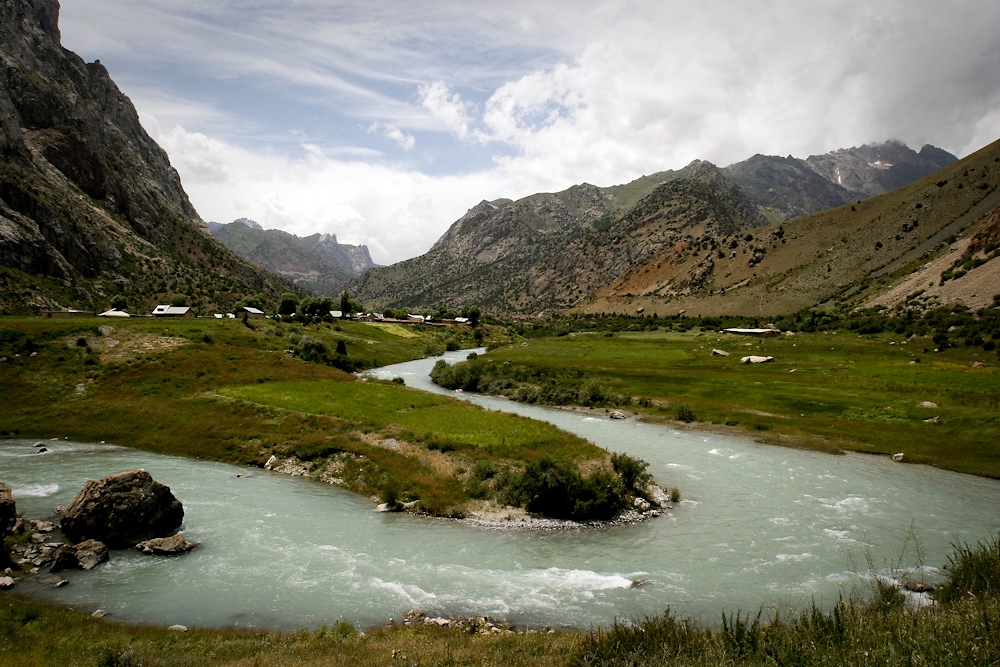 The recent discovery of hydrocarbon and mineral deposits in Tajikistan has the potential to transform what is now Central Asia’s most economically disadvantaged nation. Whether the Tajik government can take full advantage of the opportunity will depend greatly on its ability to offer foreign investors a higher comfort-level.

For most of the post-Soviet era, Tajikistan was left out of Central Asia’s rush to extract hydrocarbons and minerals. But with global demand growing and known reserves dwindling, there has been a new push to uncover fresh deposits. The initial results have been positive, causing hope to rise in Dushanbe that mining and energy development can enable the long-suffering country to attain energy self-sufficiency and alleviate widespread poverty.

“Traditionally people viewed Tajikistan as being devoid of mineral wealth. As resources are running out [internationally], people are starting to look harder,” Thomas Houghton, a Khujand-based risk analyst with Gulf International Minerals, which has gold exploration projects in the country, told EurasiaNet.org.

Reports of new finds and tender announcements are becoming increasingly common. Last December, for example, Gazprom CEO Aleksey Miller broke ground at the Sarikamysh gas field near Dushanbe. The site holds “some 60 billion cubic meters of gas,” RFE/RL quoted him as saying. Miller estimated that this is enough to supply Tajikistan for 50 years, adding that Sarikamysh is only one of several fields Gazprom intends to develop in the country.

In July, Manas Petroleum, a Swiss oil exploration and development group, announced the start of its second seismic survey in Tajikistan’s portion of the Ferghana Valley. On August 15, Upstream, an industry newspaper, reported that Tethys Petroleum, a Toronto-based oil and gas firm, had begun drilling a new 2,700-meter well in the country’s south. Tethys also has other oil and gas exploratory projects around the country.

Prospecting is not limited to hydrocarbons.

Tajikistan has found new deposits amounting to 177 tons of gold, the AFP news agency quoted Azim Ibrokhim, chief geologist at the Tajik State Geology Committee, as saying in early 2011. Given skyrocketing market prices, that represents a major find. Tajikistan currently produces about 1.5 tons of gold per year, according to US government statistics.

The biggest project of all could turn out to be the Konimansuri Kalon silver, lead and zinc deposit. Oleg Kudashov, team leader on the project at the International Finance Group (IFC), a World Bank affiliate, told EurasiaNet.org that the site near Khujand “is one of the largest of its kind in the world.”

Dushanbe asked the IFC to help select a private investor to develop the mine’s silver deposits, making it the first “transparent tender process” in the country “run by an international advisor and aimed at finding international investors who will develop the project according to best international practices,” Kudashov said.

But Tajikistan is not a place for risk-averse financiers. Dushanbe has long kept a jealous eye on foreign investment. “The country is still closed in some respects and not much information is available for investors,” Dilnoza Mullodzhanova, a financial analyst at Somon Capital in Dushanbe, told EurasiaNet.org.

The way the government has managed the mysterious state-run Tajik Aluminum Company, with its offshore bank accounts beyond auditors’ reach, is a cautionary tale, investors say. Moreover, the state bureaucracy can be daunting for outside investors. “You go from one institution to another trying to find answers but no one knows. Laws and regulations are adopted, but no mechanisms are in place for their implementation,” Mullodzhanova said.

Despite the potential barriers, big players are showing interest. BHP Billiton Australia, the Melbourne-based mining heavyweight, and a consortium led by Glencore Switzerland, one of the world’s largest commodities trading companies, have both expressed formal interest in the Konimansuri Kalon project, according to the IFC. A number of Chinese firms are also rumored to be in the running. The IFC’s Kudashov refused to comment on the mine’s estimated value, but he did say that it will cost “between $2 and $3 billion” to develop, approximately the size of Tajikistan’s foreign debt, and will create around “4,000 direct jobs and twice as many indirect jobs.”

Ultimately, the possible rewards are too great to scare all investors away. “Bureaucracy can slow the process, but the government has respected the sanctity of contracts to date and seems keen to encourage further investment,” Houghton, the risk analyst, said. “On balance, Tajikistan is one of the safer countries in Central Asia for foreign firms in the extractive industries to invest in.”

As the Konimansuri Kalon bidding process drags on into its second year, questions persist over how serious the government is about welcoming foreign investors. For any investments to bear fruit, Dushanbe must address poor management and underproduction in the resource sector, analysts say. Many are skeptical that foreign investment can change the culture, given Tajikistan’s debilitating level of corruption. Transparency International, the global corruption watchdog, consistently ranks Tajikistan one of the most corrupt countries in the world.

At least for some investors, the lure of huge rewards outweighs the risks of doing business in Tajikistan. “Private investments are all about personal interests. Those who want to earn don't usually care about the country unless there are obvious risks. They care about risks associated directly with the project and returns,” said Mullodzhanova at Somon Capital.