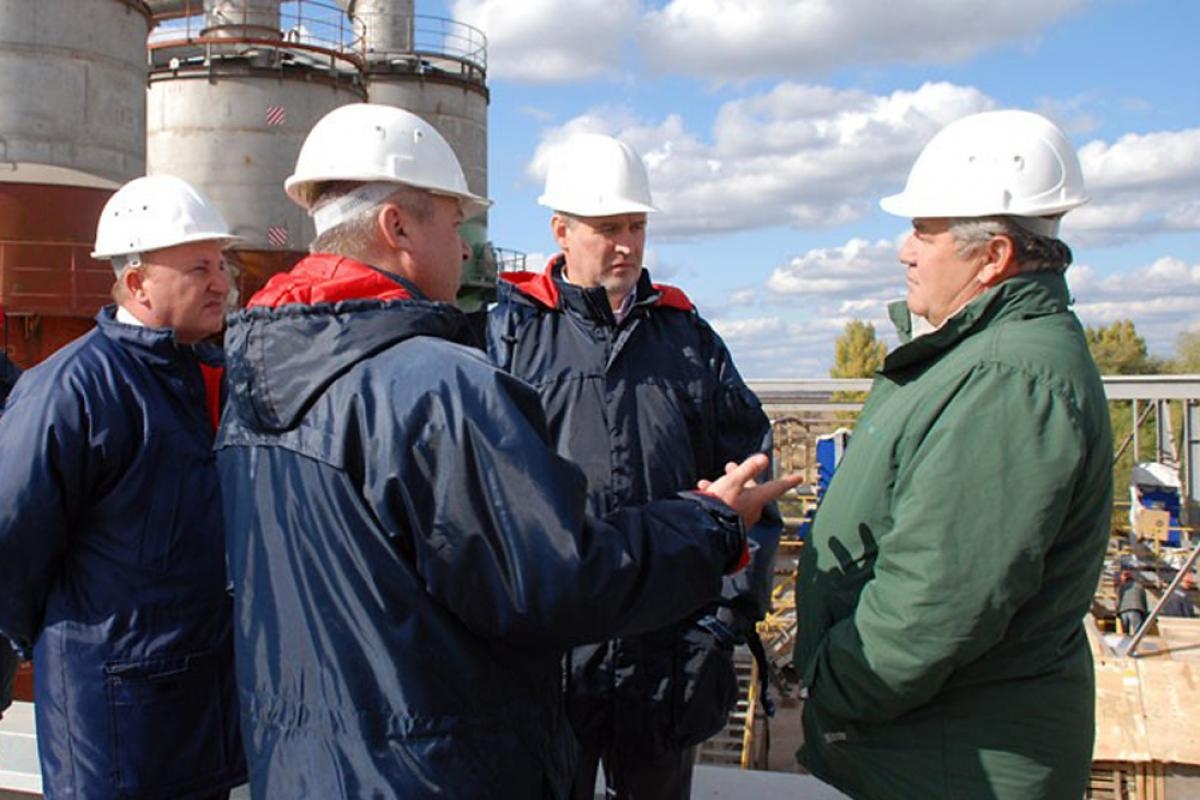 Ukrainian oligarch Dmitry Firtash is being held on a $172-million-bail in Vienna. (Photo: dmitryfirtash.com)

Compared with all his other problems, Dmytro Firtash is probably not spending a lot of time worrying about his Tajik fertilizer factory. After all, the Ukrainian gas, chemicals and media magnate is now out on $172-million-bail in Vienna as he awaits a ruling on his potential extradition to the United States to face graft and organized-crime charges.

Besides, it is likely too late for Firtash to do anything that can save one of the most remote nodes of his vast business empire, one situated in Tajikistan’s southern Khatlon Province. On March 14 – two days after Firtash was arrested in Austria at the FBI’s request – Tajik anti-corruption officials announced an investigation into a 2002 deal between Firtash and the Tajik government to create Tajik Azot, a plant specializing in the production of carbamide, an organic compound used in fertilizer. Abdukarim Zaripov of Tajikistan’s anti-corruption agency said the deal may not have been “correctly concluded” and said his government was considering seizing the company, according to comments carried by the BBC’s Russian service.

Until 2008, when neighboring Uzbekistan upped the price of natural gas, a key input for the factory, Tajik Azot served as a foreign investment-success story for the generally struggling Tajik economy. Speaking to Dushanbe’s Asia Plus news agency on March 14, Tajik Azot’s director, Toirhon Goziev, said Firtash had sustained the plant through these lean years, investing at least $9 million since 2002, partially to maintain a core staff of 260 individuals. Tajik Azot, the only plant of its kind in Tajikistan, is a contemporary makeover of an older Soviet-era fertilizer factory that opened in the 1960s.

Given its timing, and the widespread perception of graft in Tajikistan (the country ranks 154 out of 177 in Transparency International’s most recent Corruption Perceptions Index), observers in Dushanbe believe the government’s investigation is akin to a corporate raid, action that is designed to benefit a political insider.

The move against Tajik Azot came not too long after the seizure of another prominent entrepreneur’s assets: in December, fledgling opposition leader Zaid Saidov was jailed for 26 years on charges of fraud, corruption, statutory rape and polygamy. Human Rights Watch and other watchdogs called the case “politically motivated.” The court ordered Saidov’s property seized. Saidov was Industry Minister in 2002 when the Tajik Azot deal was signed. Since he’s been discredited, one Dushanbe analyst said the government was simply “killing two birds with one stone” by going after Firtash’s enterprise.

Firtash’s Kyiv-based Group DF, which has released statements concerning his Vienna arrest, did not respond to EurasiaNet.org’s repeated requests for comment on Tajik Azot. Tajikistan’s anti-corruption agency, officially called The Agency for Financial Control and the Fight with Corruption, refused to comment.

An Austrian court set Firtash’s bail at a record 125 million euros, which he met on March 21. No date for the extradition hearing has been set.

Estimates of 48-year-old Firtash’s net worth vary from $673 million (Forbes) to $3.2 billion (Bloomberg). The Kiev Post has described him as Ukraine’s “Fertilizer King,” due to the large stakes that Group DF reportedly held last year in six chemical plants around the former Soviet Union. Intriguingly, the company’s website has since dropped the Tajik plant from its list.

Firtash is probably best known as a stakeholder in RosUkrEnergo, which dominated Ukrainian gas imports from Russia between 2006 and 2009. He also reportedly enjoyed strong connections within the Ukrainian government, including with former president Viktor Yanukovych, who was ousted in violent street protests last month. Firtash has also done well in other notoriously opaque markets in post-Soviet Central Asia; a leaked 2008 US diplomatic cable credits an early Firtash venture, KMIL, with being profitable in the export of powdered milk and processed foods to Uzbekistan in the 1990s. According to the same cable, Firtash also dealt in Turkmen, Uzbek and Kazakh gas.

In Dushanbe, where many believe it is impossible to start a business, let alone open a factory, without the support of someone in the highest echelons of government, Firtash’s presence in the Tajik market always raised eyebrows. According to the World Bank’s 2014 Ease of Doing Business study, Tajikistan ranks 184 out of 189 countries in “dealing with construction permits.”

Given the circumstances surrounding the venture’s origins, it seems likely that Tajikistan’s long-serving president, Imomali Rakhmon, was aware of the details of the 2002 deal now under scrutiny, according to one Dushanbe-based commentator speaking on condition of anonymity out of fear for his safety. Saidov, the jailed ex-Industry Minister, may have played a pivotal role in attracting Firtash to Tajikistan. But observers believe that any agreement would have been impossible without Rakhmon’s blessing, partially because the factory is located close to the president’s home area, Dangara, from where many of Tajikistan’s most-senior officials hail.

“Tajik Azot is located in Sarband, in Khatlon [Province]. This is the homeland of Imomali Rakhmon, not Zaid Saidov,” said the source. “Do you think it is possible for someone to invest in Sarband … and the president not see the agreement first?”

According to a March 2008 article in the Tajik newspaper Fakti i Kommentarii, Rakhmon was thrilled with the factory, praising its technological standards and good wages during a tour.
What may have changed is the opportunity provided by Firtash’s arrest and extradition troubles to seize the asset completely. The Russian-Ukrainian crisis may also have played a role in the calculations of Tajik officials.

In the long run, the anti-corruption agency’s looming takeover will be understood “as a distressing signal that even those state bodies meant to protect investors are party to acts of illegal expropriation and that Tajikistan remains a very challenging investment destination,” said Kate Mallinson, a Central Asia expert at London-based risk consultancy GPW Ltd. There is no sign that “contract sanctity” for much-needed foreign investors will appear in the country any time soon, Mallinson told EurasiaNet.org.

That view tallies with the US State Department’s 2013 Investment Climate Statement for Tajikistan, which notes that “anemic anti-corruption efforts from the Tajik government have proven ineffective – indeed, some anti-corruption units are ironically known to be particularly corrupt.”