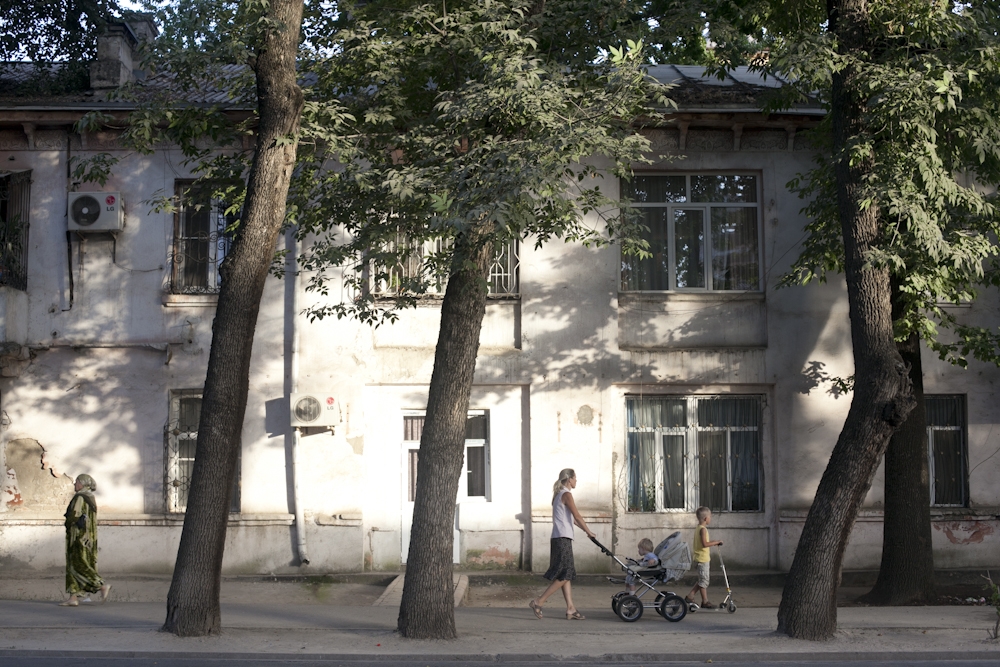 Trees in Dushanbe: An endangered species?

The Dushanbe mayor’s office is suing Tajikistan’s leading opposition figure for criticizing the city’s environmental record, Asia-Plus reports. The suit, demanding an apology, was filed early last week. According to a top environmental official, back in October Muhiddin Kabiri of the Islamic Renaissance Party (IRPT), who is a member of the national legislature, criticized city officials during a parliamentary meeting on pollution.

"Nobody pays attention to the felling of trees in the capital, which has become systematic," he said during the session. "Reinforced concrete buildings have replaced tree-lined walkways and small parks in Dushanbe, which is causing problems for the city's ecosystem."

Rapid development in central Dushanbe has indeed meant vast destruction, with historic buildings and established parks ploughed under to make space for shiny new palaces and empty office buildings. The city's main central park, for example, was, until a few years ago, a woodland haven in the center of town, with majestic oaks and conifers providing welcome shade on a hot summer’s day. In 2007 and 2008, most of the trees were felled, allowing drivers on Rudaki Avenue to see the president’s bloated new meeting complex, the Palace of the Nation.

Kabiri is not alone in criticizing the mayor’s office for such developments. But he and his party regularly suffer attacks that appear more political than substantive. The pace is likely to pick up as presidential elections approach next year. President Emomali Rakhmon is expected to run for yet another 7-year term. He’s been in power since 1992.

On November 16, the same day the lawsuit was reported, Rakhmon said in a speech broadcast on state television that political parties must put the needs of the state ahead of their own. He elaborated, at length, without singling out a particular party, though it sounded at times as if he were trying to warn against calls for political change.

From the president’s speech (as published by BBC Monitoring):

Of course, every party has its specific political and ideological position and its own program, and the essence of a multi-party system is in this. However, at the same time, the political parties must put national interests, the fundamental values of statehood and stability and security, in the country above the limited party and group interests. A single standard that regulates the activities of political parties is Tajikistan's legislation, which has created the opportunity for them to carry out activities in a democratic atmosphere. That is why political parties must turn into a school for raising political and legal awareness of people and into a lofty model of observation of the country's current laws.

Kabiri’s IRPT is the most prominent and popular opposition party. It has only two seats in parliament, though if Rakhmon were ever to allow for free and fair elections, most observers expect the IRPT would gain a far bigger voice in Tajik politics. Maybe then Dushanbe’s disappearing crop of trees would be saved.