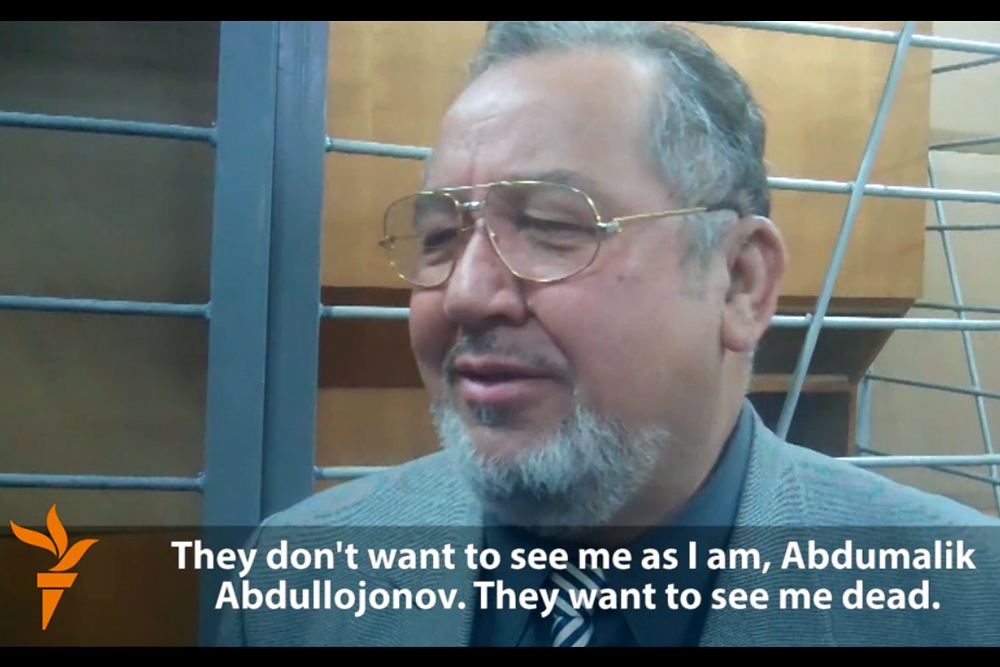 As President Imomali Rahmon gears up for a reelection bid later this year, he’s apparently trying to take care of some unfinished business from Tajikistan’s civil war, which ended 16 years ago. Specifically, Rahmon is striving to neutralize a prominent political rival, former Prime Minister Abdumalik Abdullajanov.

Abdullajanov has lived in exile for almost two decades, mostly in the United States. But on February 5, he was taken into custody at Kyiv’s Boryspil Airport on an Interpol warrant sought by the Tajik government back in 1997. At the time of his arrest, he had just gotten off of a flight from Los Angeles. A local court has issued an order allowing for Abdullajanov’s detention for up to 40 days while Ukrainian and Tajik authorities wrangle over an extradition request.

According to the Tajik prosecutor general’s office, Abdullajanov was involved in a conspiracy to assassinate President Rahmon back in 1997, and he also engaged in anti-state activity through his alleged support for the rebel colonel Makhmud Khudoiberdyev in northern Tajikistan in the late 1990s. In addition, he’s accused of abuse of power while holding political office, including embezzlement and racketeering charges. Abdullajanov served as prime minister from 1992-93, after which he became Tajikistan’s ambassador to Russia. In 1994, he was a challenger to Rahmon in the presidential election. He left the country shortly after Rahmon won the vote.

Abdullajanov’s lawyer in Ukraine, Andriy Fedur, has asserted that the charges against the former prime minister are politically motivated. He also told the Kyiv Post that Abdullajanov has refugee status in the United States, and thus cannot be legally extradited to Tajikistan, where it is unlikely that he would receive a fair trial, and where his client would fear for his life. Abdullajanov has denied the charges against him, and has protested the Ukrainian court’s detention ruling.

Officials in Dushanbe don’t seem to be overly concerned with the niceties of international refugee law. Local media outlets in Tajikistan quoted Interior Minister Ramazon Rakhimov as saying that “although Abdullajanov has lived for the last 15 years in the US, he is still the citizen of the republic [Tajikistan], and he must bear responsibility for his deeds according to the law of his country.”

If convicted, the 64-year-old Abdullajanov could face a 20-year prison term and confiscation of his property.

In recent years, Abdullajanov has kept a low profile. His arrest in Ukraine came as a surprise to some political Dushanbe analysts, who contend that Abdullajanov no longer poses much of a threat to Rahmon’s grip on power.

But other observers suggest that a possible motive for the arrest is an allegation that Abdullojanov has links to Dodojon Atovulloyev, a journalist who is one of the most active critics of Rahmon’s administration, and who heads the Vatandor (Patriot) political movement. In early 2012, Atovulloyev was the apparent target of an assassination attempt. Abdullojanov has never publicly denied a connection to Atovulloyev.

On February 6, Atovulloyev issued a statement calling on Western governments and international rights organizations to exert pressure on Ukraine to prevent an extradition. “The extradition of Abdullajanov to Tajikistan, where the judicial system is a tool of execution in the hands of Rahmon, and where prisoners are exposed to torture, … is an inevitable threat of his physical elimination,” the statement said.

Observers in Tajikistan are wondering if a late-January incident involving three kidnapped Ukrainian citizens in Tajikistan may be connected to Abdullajanov’s arrest in Ukraine. According to media reports, Tajik law-enforcement authorities carried out an operation on January 31 that secured the release of the three Ukrainians who had been in Tajikistan on a business trip at the time of their kidnapping. Officials in Dushanbe have not commented publicly on the matter.

Several experts also note that Abdullajanov was detained in Kyiv, not in Amsterdam – although he flew from Los Angeles via Amsterdam to Kyiv. The Interpol warrant was apparently not deemed credible by law-enforcement authorities in the Netherlands.

Oldrich Andrysek, the regional representative in Belarus, Moldova and Ukraine for the UN High Commissioner for Refugees, has come out in support of Abdullojanov, hinting that Tajik authorities were improperly manipulating Interpol. “If someone is put on Interpol’s wanted list, it does not mean that he is guilty. Unfortunately, political opponents sometimes appear on Interpol’s lists, not just economic or other ‘classical’ thieves. The charter of this organization clearly indicates that Interpol cannot be used to achieve political goals.”

Nuriddin Karshiboev, head of the Tajik National Association of Independent Media, told EurasiaNet.org that there are several factors that suggest it will be difficult for Tajik authorities to secure Abdullojanov’s extradition. “Firstly, Ukraine is presently chairing the OSCE, and Kyiv hardly needs any admonitions” relating to sending Abdullojanov back to Tajikistan, Karshiboev said. He added that the US government is also unlikely to sanction the extradition of someone to whom it has granted asylum.