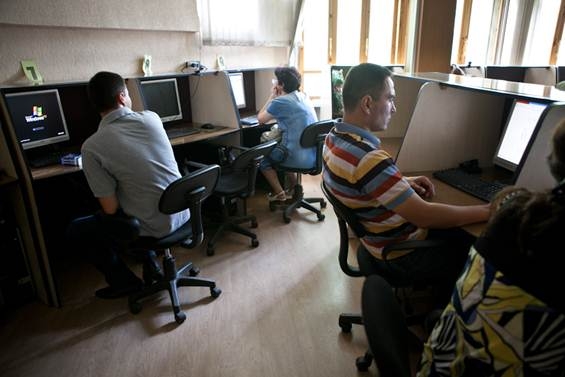 Something strange happened in Tajikistan over a late December weekend. On a Friday evening, the government’s communications agency ordered Internet service providers (ISPs) to block 131 websites for “technical” reasons. Then suddenly, a few days later, the ISPs were told, in effect; ‘never mind.’

Internet users in Tajikistan are getting accustomed to such erratic behavior from the state communications agency and its mercurial boss, Beg Zukhurov. For example, Zukhurov blocked Facebook twice in 2012, supposedly because he was upset that Tajiks were using the social network to criticize Tajikistan’s long-serving president. He’s also overseen the repeated blocking of Tajikistan’s leading independent news agency, Asia-Plus, as punishment for its critical reporting. But the December list appeared to be a random compilation of sites that included, besides Twitter and several popular Russian social networks, lots of obscure entertainment portals that few in Tajikistan care about.

“Among the pages to be banned [were] personal pages of unknown individuals,” said the head of one Tajik ISP, speaking on condition of anonymity. “More than 70 percent of them are local music and video portals. Obviously, the list is composed by a spider-bot, which followed an absurd algorithm. Public officials have once again proven their illiteracy and none of them will comment on this foolish order.”

Zukhurov’s explanations of his actions often border on the farcical: Facebook, for example, was blocked for “prophylactic maintenance” last March, other sites for “technical reasons,” and phone access in Tajikistan’s restive east was severed for a month because a bullet, Zukhurov claimed, had sliced a wire. IT service providers contend that Zukhurov has no legal power to order blocks. (Only courts have that authority). But providers follow his orders out of fear of official harassment, such as a sudden visit from the tax inspector.

The latest, short-lived mass blockade lasted from December 21- 25, and had observers scratching their heads. Some believe Zukhurov is honing techniques intended for use during elections this coming November, when President Imomali Rahmon is expected to seek another seven-year term. Tajikistan has no independent television outlets and no daily newspapers, leaving the Internet as the sole outlet open to Tajiks to air criticism of the government. Others say Zukhurov is trying to demonstrate his value to Rahmon.

Saimiddin Dustov, a political analyst in Dushanbe, asserts the communications agency head is exaggerating the threat of online criticism and Western intelligence infiltration in order to scare senior officials into giving him carte blanche. Zukhurov is “trying to grab power,” seeking “total control over all Internet providers in the country,” Dustov said.

Without a doubt, the frequent interruptions in service are bad for business. Information Technology (IT) is one of the few growing industries in Tajikistan, where the economy has stagnated during Rahmon’s 20 years in power.

Roughly 10 telecommunications operators function in the country; four of them are comparatively large, with aggregate annual revenues of approximately $350 million, or over 5 percent of GDP, according to Tajikistan’s Association of Internet Providers. To walk into the offices of a mobile phone provider in Dushanbe is to leave temporarily the third-world for the sleek efficiency of the first. But Zukhurov’s unpredictable actions threaten to strangle the sector, insiders complain.

“Instead of creating a favorable environment for further development of Tajik IT enterprises, and ensuring their access to foreign markets, the regulator creates preposterous impediments,” said Asomiddin Atoev, the chairman of the Association of Internet Providers. “Tajikistan recently joined the World Trade Organization. The authorities simply do not realize the responsibility imposed by many WTO provisions. In particular, these include the creation of a favorable business environment, including in the IT sector, the creative industry, and [protection of] intellectual property,” Atoev added.

A word repeated by several sources to describe the blockades is “incompetence.” Criticism extends beyond Zukhurov to include the officials who allow him to remain in power. When, in November, Zukhurov memorably complained about Facebook being a “hotbed of slander” and called on founder Mark Zuckerberg come to Dushanbe to discuss the problem, he exposed himself as someone deeply out of touch with the modern world, many said. And in doing so, he embarrassed the country. Compounding the humiliation, some Russian-speaking pranksters telephoned Zukhurov and posted a video of their call online, which featured a plaintive and tonged-tied communications chief unable to explain his actions.

Nuriddin Karshiboev, chairman of the National Association of Independent Media (NANSMIT), a regular critic of the government’s suppression of free speech, lashed out at not only what he called ineptitude, but also the “absolute impunity” with which officials at all levels of Rahmon’s government act.

“So far, neither the government, nor the parliament has a specialist that could analyze the absurd prohibitions imposed by the communication service and explain the potential negative impact for the country,” Karshiboev told EurasiaNet.org.