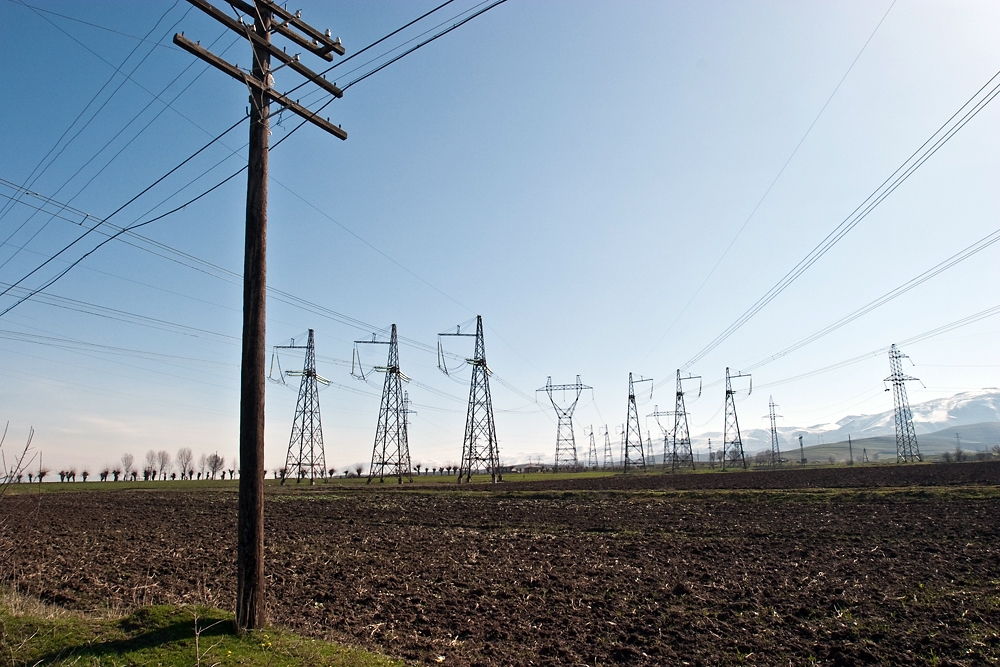 Power cuts are common in winter, when Tajikistan’s hydropower plants must ration water in their reservoirs. (Photo: David Trilling)

It was still September when authorities announced rolling blackouts to conserve electricity. Power cuts -- not only in remote areas, but also in the capital, Dushanbe -- are common in winter, when Tajikistan’s hydropower plants must ration water in their reservoirs. But the blackouts have come a month earlier than last year, leaving some areas with only two to four hours of electricity per day.

So why, some Tajiks are asking, is the government selling precious electricity abroad?

Electricity began flowing last month from the Sangtuda-1 hydropower plant on the Vakhsh River to Afghanistan. Overall, Tajikistan has sold 115 million kWh to Afghanistan this year, Asia-Plus reported on October 17. Though officials promised the sales would stop as soon as Tajikistan needed extra power to avoid domestic shortages, judging from readers’ comments on Asia-Plus and other online news sources, not everyone believes them.

The country’s electricity shortfall is staggering. Even after the 2009 launch of the Russian-funded 670 MW Sangtuda plant – hailed as a significant milestone in guaranteeing Tajikistan’s energy security – the head of the state energy monopoly, Barqi Tojik, told reporters that the country faces a projected winter energy deficit of 2 billion kWh.

Tajikistan and Kyrgyzstan are also pushing to begin constructing a 750-kilometer transmission line to Afghanistan and Pakistan that would have the capacity to carry over 1,000 MW of surplus electricity. Under discussion since 2006, the World Bank and Asian Development Bank back the $873-million Central Asia South Asia Electricity Trade and Transmission Project (CASA-1000).

CASA-1000 appears stalled – the leaders of the four participating countries repeatedly pledge their commitment without agreeing on any legal framework. But in Dushanbe, officials’ reluctance to talk about the project has left Tajiks turning to the rumor mill for information. Dushanbe does have excess capacity in summer, when the reservoirs are full with snowmelt, but some of the water released in summer could be held for the winter season, most Tajiks believe.

Officials at the Ministry of Energy and Industry declined repeated requests from EurasiaNet.org for comment.

“Authorities do not tell people what is going on in the energy sector. We only hear that the country has enormous hydropower potential; we also hear promises -- that one day Tajikistan will become the number one exporter of electricity in the region,” said Rustam, a university student.

Dushanbe is banking on a new 3,600 MW hydropower dam at Rogun, which it estimates will cost approximately $2 billion to build, though outsiders say the figure could be much higher. In early 2010, authorities called on every citizen to help fund the project, but their efforts raised only a fraction of the total.

“We were forced to buy those Rogun shares -- every student had to buy the papers to be admitted to exams. My parents also had to ‘voluntarily’ sacrifice a month’s salary. These shares have been forgotten and we don't know what is going on,” Rustam said.

Government officials like to boast that small hydropower generators are easing electricity shortages in rural areas. According to the state-run Khovar news agency, local authorities have commissioned 20 small hydropower generators in the last eight months with an aggregate capacity of 2,500 kWh. Another 17 with a capacity of 7,900 kWh will be launched in the near future.

But the small units’ production drops dramatically in winter, when rivers dry up, according to Sabit Negmatullaev, former president of Tajikistan’s Academy of Sciences. “Small hydropower plants are certainly useful, but one must not harbor illusions in this regard. They should be seen only as auxiliary facilities capable of satisfying the need for electric light; they cannot cover industrial needs, neither can they ensure proper heating,” Negmatullaev told EurasiaNet.org.

Moreover, in its latest Poverty and Social Impact Assessment, the United Nations Development Program reported that Barqi Tojik is not helping distribute electricity from the small hydropower plants through the country’s electricity grid. As a result, a lot of generated power is wasted. “According to information obtained from Barqi Tojik, out of some 340 small hydropower plants … only one is connected to the grid,” the report said.

With electricity rationing starting early this fall, people are anxiously remembering the harsh winters of 2002 and 2008, when temperatures fell below -20° Celsius for weeks, causing energy infrastructure across the nation to breakdown.

"It was relatively good last winter. We didn't have many electricity outages. But that was an exception rather than the norm,” said Roziya Umarova, 62, a Dushanbe pensioner. “This is confusing. I cannot properly prepare my grandchildren for school, and often they cannot prepare for classes."

President Imomali Rahmon has ordered electricity administrators to reduce losses. Officials should be most concerned about the health of the country’s largest dam, says Negmatullaev, who helped design Nurek, the tallest hydropower dam in the world and source of half of Tajikistan’s electricity, in the 1960s. “The enormous silting of the Nurek’s reservoir may lead to an emergency unless we take urgent measures,” he said.