A couple of years ago, Uzbekistan was the project’s main impediment. Now it’s money. 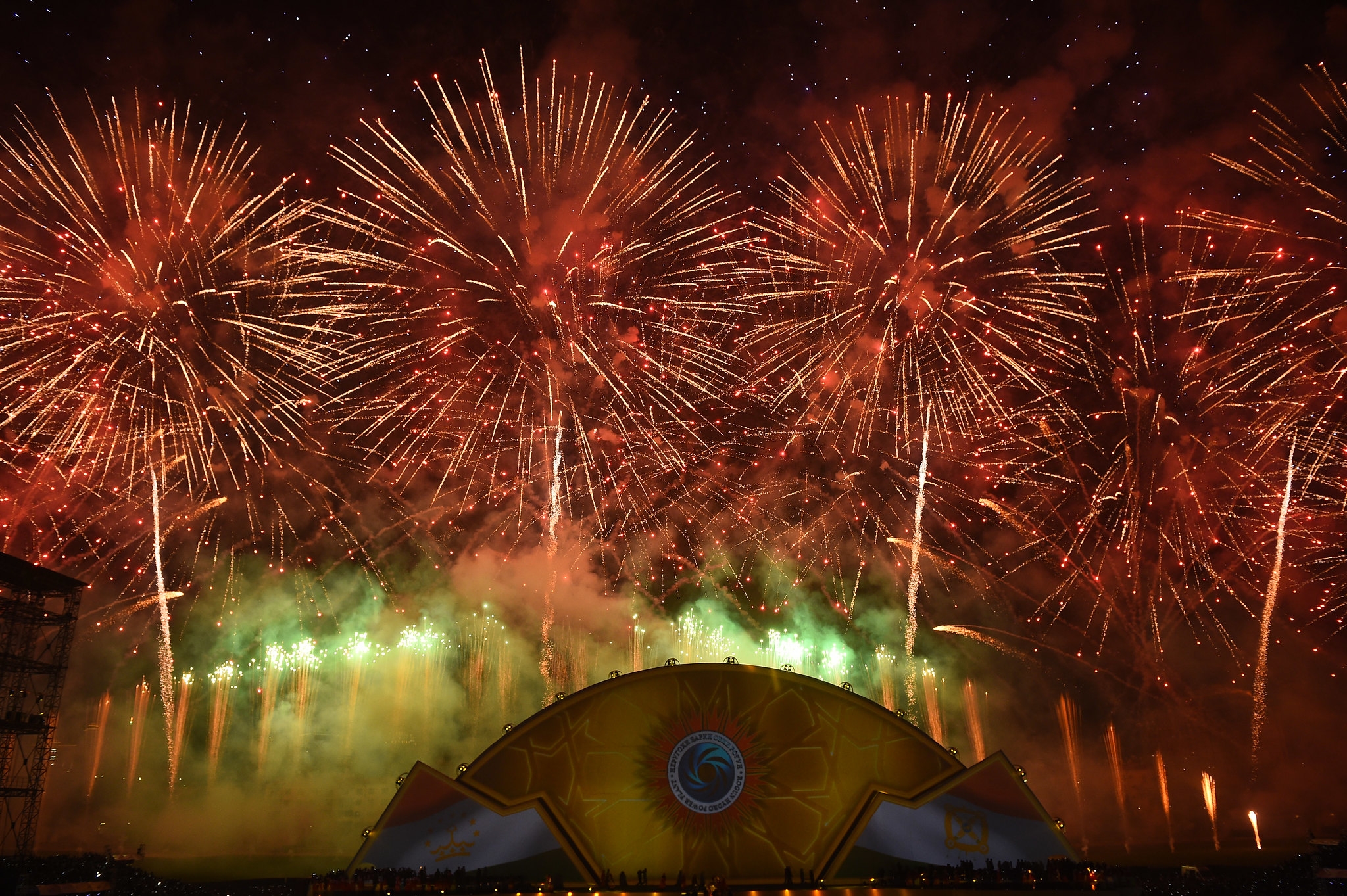 Partying too soon? Firework mark the launch of the first unit of the Roghun hydropower plant in November 2018. (Photo: Tajikistan presidential administration)

Tajikistan is hoisting the white flag over its do-or-die giant hydropower project and admitting it will not be able to finish the job without foreign aid.

Finance Minister Faiziddin Kahhorzoda told Asia-Plus newspaper on August 2 that the government has now created a special commission dedicated to sourcing funds for the construction of the 335-meter-high Roghun dam.

Despite the apparent apprehension over money, Kahhorzoda has said that Dushanbe is intent on completing the $3.9 billion project within previously announced deadlines. The current target date is 2033.

RFE/RL’s Tajik service, Radio Ozodi, has reported that the government has earmarked 1.8 billion somoni ($191 million) toward work on Roghun this year. Of those, around $148 million are being taken out of what remains from the funds raised through the $500 million worth of Eurobonds sold in 2017.

The bond sale was orchestrated by Jamoliddin Nuraliyev, the deputy chairman of the National Bank and son-in-law of the president.

But Kahhorzoda also said on August 2 that Tajikistan is not looking to raise more debt, but wants grants instead. Tajikistan’s liabilities currently stand at $2.9 billion. This is equivalent to 35.9 percent of the national gross domestic product, which is deemed by many economists to be at the upper limit of the tolerable for weak, developing economies like that of Tajikistan.

“These days, countries all over the world tap into financial resources of international institutions and richer countries,” Kahhorzoda said.

The minister mentioned ongoing cooperation with the Asian Development Bank and the World Bank, but it seems more likely that substantial grants would come from China, which already owns half of Tajikistan’s external debt. Even Beijing is a far-from-certain bet, and any money would come with strings attached.

In July, Nuraliyev, the deputy head of the National Bank, had ruled out the prospect of international financial institutions stumping up any cash for Roghun.

“There are very few cases when international financial organizations have got involved in financing projects while they were halfway through being executed,” Nuraliyev said.

It used to be that Uzbekistan was the main impediment to completion of Roghun. Tashkent had resolutely set its face against the project, describing it as a threat to its agricultural sector. But the death of Uzbek President Islam Karimov in September 2016 has greatly eased bilateral relations and Tashkent has largely dropped its opposition to Roghun and even hinted it could get involved in some way.

The first production unit at Roghun was set into motion in November. Another unit – the second of the total six planned – is supposed to be fired up in September, but those plans are still provisional. And in any event, the generating units now being installed are temporary and will need to be replaced in 2021, according to reporting by Radio Ozodi.

The grand vision for Roghun is that it will feed electricity into high-voltage power lines (which also do not yet exist) connecting Tajikistan to Afghanistan, Pakistan and possibly nations further afield. It is hoped this would generate untold billions in revenues.

But Tajikistan will need to spend big money to make that even bigger money. And that is money is simply does not have.