Any breakthrough in improving the lot of labor migrants will be touted as sign of his political heft. 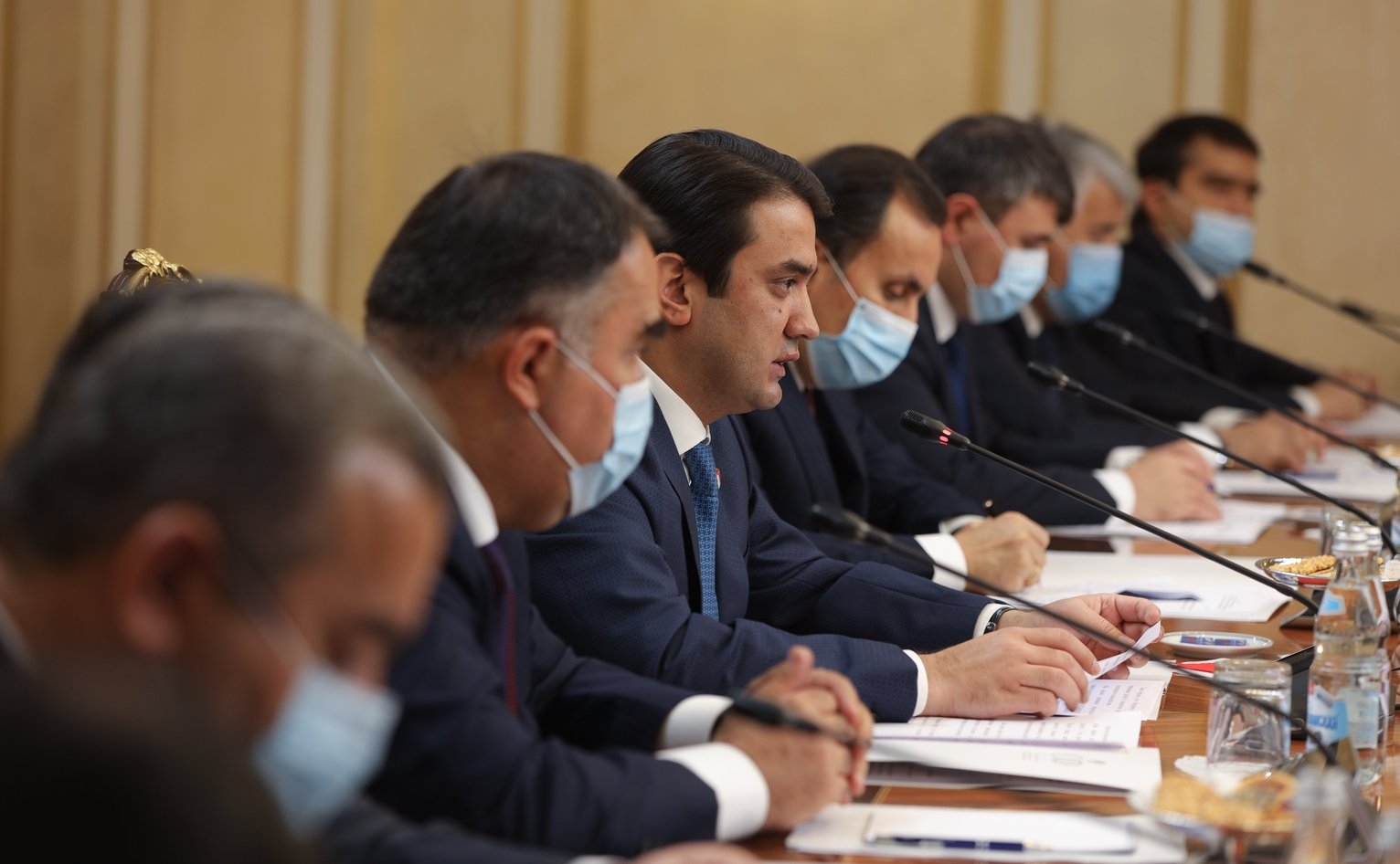 Rustam Emomali, the son and widely presumed successor to Tajikistan’s incumbent president, this week made his maiden official visit to Russia in his capacity as speaker of the Senate.

The trip on November 24 comes as Russia continues to enforce rigid coronavirus-related restrictions for people traveling from Tajikistan, despite easing entry rules for those arriving from elsewhere in Central Asia. The problem is of acute concern for Tajikistan, whose economy relies heavily on remittances, and signals Emomali’s emergent role as a national figurehead.

The need to improve conditions and options for migrant laborers was a recurrent topic of discussion.

Speaking to Overchuk, Emomali talked about the need to restore normal air traffic between Russia and Tajikistan. Charter flights are the only current available means for travel and both governments have imposed restrictions on who is able to enter their respective countries.

According to the Tajik Labor and Social Protection Ministry, the outflow of migrants to Russia has decreased by 57 percent year-on-year in 2020 as a result of restrictions introduced amid the COVID-19 pandemic.

Russia’s Central Bank has said that remittances from Russia to Tajikistan in the first half of this year decreased by almost 40 percent compared with the same period in 2019. The regulator said that the money transfers amounted to $681 million, a drop of $430 million.

In his talks with Zhukov, meanwhile, Emomali appealed for the Russian government to grant an amnesty to Tajik citizens unable to regularize their documents by December 15.

Emomali spoke at all his meetings about the need to improve Russia language-education in Tajikistan and improve the status of fellow Tajiks working and living in Russia.

This visit underscores the depth of Tajikistan’s economic reliance on Russia. It also has considerable implications for Emomali’s own political future. To date, Emomali’s public appearances have most been limited to trivial affairs, such as shadowing his father at events like one to mark National Melon Day or Nowruz spring equinox festivities.

But breakthrough in any of the areas he raised in Moscow will likely be trailed as an indication of his effectiveness as a negotiator and bolster any future claims to one day take over from his 68-year-old father, Emomali Rahmon.