But Russians are more ambivalent about having a Tajik-born singer represent them at the song contest. 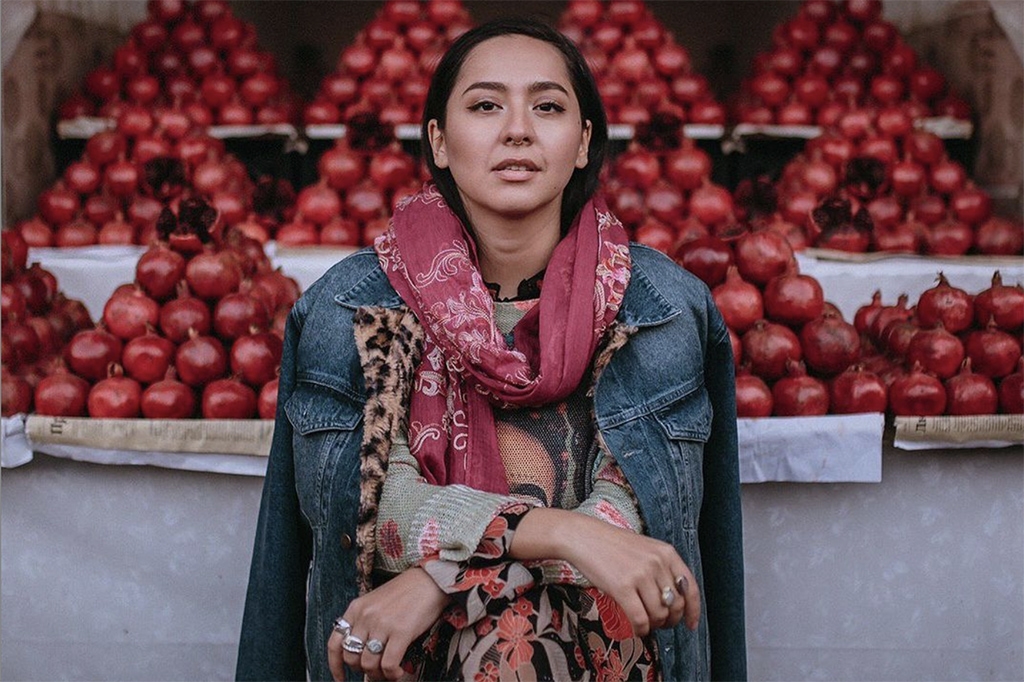 When Manizha, a Tajik-born singer, won the public vote to represent Russia at that most European of competitions, the Eurovision song contest, it quickly split opinions among Russians.

Many clearly enjoyed her act, an irreverent, feminist anthem titled Russian Woman, or she would not have won the national phone-in vote in March.

Others, such as the boorish Russian chauvinist politician Vladimir Zhirinovsky, complained that the song was a calculated slight against the standing of Russian women. In early April, criminal investigators even considered getting involved, for some reason, although they appear to have piped down since.

Feelings are no less divided in the land of Manizha’s birth.

“This wretched creature is everywhere at the moment. Everyone admires her because she is a native Tajik. But the song itself is terrible. It’s just a bunch of words,” Lola, a resident of Dushanbe, told Eurasianet.

The 29-year-old does have one important fan though: Tajik President Emomali Rahmon. Speaking on April 9 – in the contentious exclave of Vorukh, of all places – he was effusive.

“Manizha has stumped many people. Many have been unable to come to terms with the fact that a Tajik woman [is going to Eurovision on behalf of Russia]. It is to her credit that she does not hide that she is Tajik and even says outright that she is Tajik,” Rahmon said.

When Eurasianet quizzed people on the streets of Dushanbe about Manizha, however, it was another aspect that appeared to have struck a chord. Munira Atoyeva, 30, is a fan and appreciated Manizha’s song for its empowering content.

“This song is super. I saw myself in every line. We are so dependent on the opinion of society, and we are constantly waiting for its approval,” she said.

Switch the word “Russian” for “Tajik,” and the sense of the song would remain the same, Atoyeva said.

“The first time I listened to the song, I didn’t quite get it, I somehow didn’t understand it. But then I wanted to listen more and more, and the meaning of the song just made me cry,” she said.

At its core, Russian Woman has a simple and uncontentious message. Manizha is making the case that the eponymous woman of the title should not feel the need to live up to a cookie-cutter stereotype of femininity, invariably as defined by men. One Russian-language lyric in the song runs: “You're thirty already, hello?! / Time to have kids / Sure you’re cute enough / But you could lose some weight.”

The song reflects many of Manizha’s long-standing concerns. Her body-positive activism is of a part with her efforts to promote female empowerment. She was, among other things, behind the launch of an app designed to help victims of domestic violence find support. In December, she was appointed a Goodwill Ambassador for the UNHCR, the UN Refugee Agency.

The not-especially veiled objection to Manizha among some sections of Russian society are to do with her ethnicity. How can a Tajik presume to represent, or even speak about, Russian femininity?

Manizha is as Russian as they come, however. Although she was born in Dushanbe in 1991, her family moved to Russia three years later because of the erupting civil war in Tajikistan.

At preschool and on the playground, she struggled only initially with the language of her new home. But today, Russian is Manizha’s native language, the language in which she thinks and composes her songs.

Speaking to the journalist Katerina Gordeyeva, who runs a popular YouTube channel, Manizha expressed regret that many Russians only acknowledge fellow citizens of non-Slavic origins once they have achieved some kind of success on the international stage.

“It’s not fair that if I win the competition, then I will have earned the right to call myself Russian. And if I don’t win?” she asked. “I have been living here for so long, I love this country so much. Do I really not have the right to the life that I live?”

Indeed, since Manizha won her Eurovision berth, initial optimism about changing attitudes toward migrants in Russia has dimmed somewhat. If there is no political will for change, critics argue, then there are few grounds for hope.

“We [Persians] have such great people like the poets Rudaki and Omar Khayyam. We have not been acknowledged in spite of them. Do you really imagine that Manizha is going to make much difference?” asked Rahim Safarzoda, head of Mukhochir, an online radio station targeted at migrant laborers living in Russia.

At least, Safarzoda said, Manizha is helping to debunk the Russian stereotype about Tajiks being only street sweepers and bricklayers.

“I mean, Russians might still hate migrants, but they will still understand that there are talented people among migrants. Manizha has shown how migrants are also able to improve the country’s image,” he said.

Valentina Chupik, executive director of the Moscow-based Tong Jahoni rights group, pointed to another grim consolation of Manizha’s ascendancy to public notice. Whereas there has long been a latent sense of intolerance toward people of non-Slavic appearance, she said, the singer’s troubles have brought all this to the surface. With this problem now out in the open, there is a chance it could be seriously addressed, Chupik argued.

“Only suspending tolerance for Russian fascism and imperialism at the state level will help educate people toward tolerance to non-Russians,” she said.