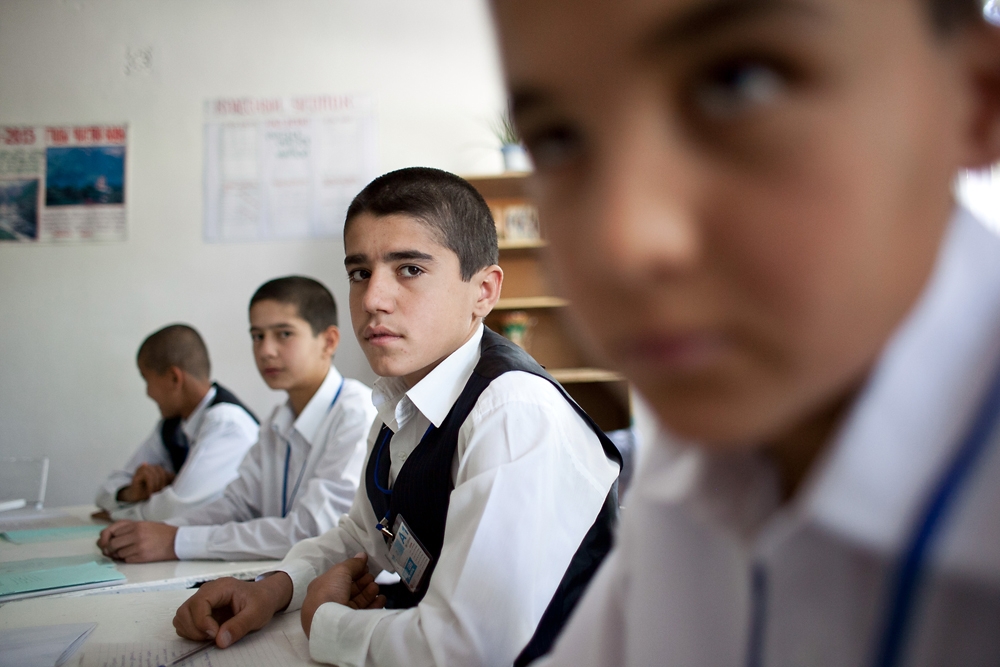 This July, authorities in Tajikistan’s capital, Dushanbe, subtly made it known they have no faith in the Central Asian nation’s higher education system.

That message could be inferred in several job announcements made by Dushanbe’s City Hall. In featuring job openings ranging from junior researchers to senior advisors, the announcements specified that “preference will be given to graduates of Tajik universities who received their diplomas before 1992, or to graduates of foreign universities.” Few were surprised by the announcement because it only confirmed what many knew: Tajikistan’s education system has not recovered from the post-independence civil war of 1992-1997, which encouraged many of the country’s best and brightest to emigrate.

The quality of education in most Central Asian states -- with the possible exception of that available to the sons and daughters of the privileged class in Kazakhstan -- leaves much to be desired. But the situation in Tajikistan is “disastrous,” said Viktoriya Petrushkova, a media studies professor at the Russian-Tajik Slavonic University in Dushanbe.

“When there are no textbooks, and the same person is teaching geography, biology and mathematics, what is there to talk about?” she said, pointing at the lack of professional personnel: “Then, having barely studied, they [the graduates] start teaching!”

Authorities in Tajikistan are ignoring the real problem by building new universities. “We have so many universities. They are like mushrooms after the rain. But they need to be filled with specialists, which we don’t have,” Petrushkova told EurasiaNet.org.

Critics say that authorities under strongman Imomali Rahmon – who, after over two decades in power will seek another seven-year term next month in a process already riddled with accusations of impropriety – are doing too little to improve education standards. Authorities, this argument goes, prefer a docile and intellectually incurious population to one riveted by ideas that could challenge the status quo. Moreover, businessmen widely allege that construction is an easy way to siphon money from government coffers.

Another problem Petrushkova highlights is the lack of incentive for students to seek a good education. “They know that everything can be bought and sold” – including degrees – and that connections and family ties are more important to finding employment in Tajikistan’s feudal system than a university diploma.

An online survey by local news agency Asia-Plus, conducted in the fall of 2012, confirms that sentiment. Of 2,500 respondents, 77 percent said only bribes guaranteed entry into a Tajik university. Two percent said universities accepted students based on merit. In another mid-2012 survey, when asked if higher education is necessary in Tajikistan, out of 1,640 participants 40 percent responded “everything depends on one’s connections;” 20 percent voted “no.” Only 25 percent said “yes.”

There is little data to measure the quality of a Tajik education. Government statistics, which are often parroted by international organizations, put adult literacy at 99.7 percent. Experts say that might have been approaching the truth in the late Soviet period, but it is far from reality now. In the UN’s most recent Human Development Index, Tajikistan ranks 127th out of 181 states surveyed in the education category. That’s the lowest ranking of any former Soviet state.

An education expert in Dushanbe said authorities are reluctant to take part in international standardized tests, fearing that poor performance would cause a national embarrassment. He pointed to the example of Kyrgyzstan, when it placed last in 2006 and 2009 out of 60-odd countries participating in the Program for International Student Assessment (PISA) test administered by the Organization for Economic Cooperation and Development. Kyrgyzstan opted out of taking the test in 2012.

For many youths confronting myriad social and economic challenges, education has slipped as a priority. “They have to work to help their families,” explains Manizha Haitova, a local businesswoman. “Income becomes their first priority.”

During the Soviet era, the standards of education were much higher and teachers were more demanding, Haitova told EurasiaNet.org. “I can understand why employers don’t want to hire new graduates; there are many such employers,” she said, counting herself among them.