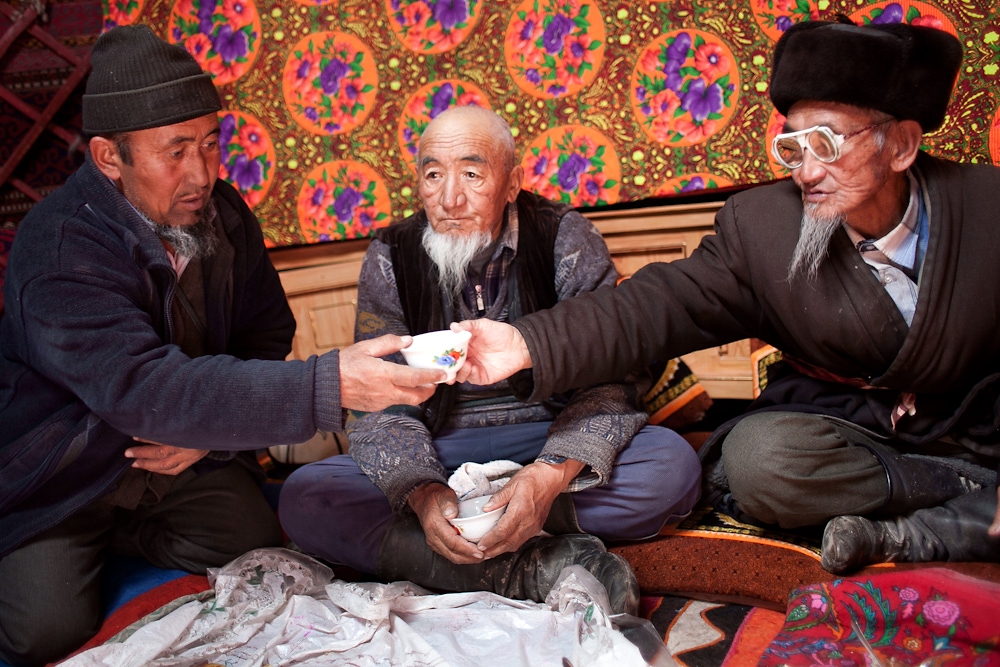 Tajik government: you’re too old for us. (Photo: EurasiaNet)

Tajikistan is turning ageism into state policy. Supposedly seeking to “attract young specialists” into government service, the president’s office has instructed officials to lay off elderly government employees –including teachers, doctors at state hospitals, and office functionaries – regardless of their qualifications.

Critics fear the policy will exacerbate the decline of Tajikistan’s intellectual capital. The December 6 order covers those who are old enough to qualify for pensions – 63 for men and 58 for women. Signed by the president’s chief of staff, former Justice Minister Bakhtiyor Khudoyorov, the order is designed to “accelerate the use of modern technologies, especially in the area of e-governance.”

Telecommunications engineer Ilkhom Shomuddinov, 64, is among those affected. He has worked for the state for more than 40 years. “Believe it or not, I don’t remember taking a single sick day. Now, I am told that I am dismissed – they [the managers] follow instructions from above. They don’t know whom to replace me with. Even if they manage to find a young specialist with my qualifications, it is unlikely he would work for that joke of a salary,” Shomuddinov told EurasiaNet.org.

But pensions (a form of social security issued to all, regardless of where a pensioner worked) are more difficult to live on, not only because they are smaller, but because they do not afford one the opportunity to use his or her official position to earn extra income (teachers offer their students private lessons, doctors see patients outside of office hours, and bureaucrats pocket bribes). The order effectively condemns many older workers to poverty. According to the Ministry of Labor and Social Protection, there are 590,000 pensioners in Tajikistan; the average monthly pension is 152 somoni (less than $32).

Judging from reactions in local media, the order is deeply unpopular. Some legal experts argue it not only undermines Tajiks’ constitutional rights, but also their human rights according to international law.

Multiple attempts to discuss the order with officials at the Ministry of Labor and Social Protection and the president’s office failed. Officials repeatedly transferred calls to phones that went unanswered.

In response to media criticism, during a January 7 press conference Education Minister Nuriddin Saidov promised “no dismissals will be carried out in the educational system in relation to the age of employees,” the Asia-Plus news agency quoted him as saying. “Many workers who have reached the pension age are qualified and experienced cadre, and we need them [as badly] as we need the air.”

Yet layoffs in the education system, which the minister oversees, have occurred. In early January, Khujand State University dismissed 11 professors who had passed retirement age, the Avesta news agency reported. At Kulyab State University, 23 elderly teachers have reportedly been laid off.

Government sources say they are faced with a dilemma: Ignore authoritarian President Imomali Rahmon’s order and face punishment from the chief executive’s office, or replace aging specialists with unqualified and untested young people who have come up through the dilapidated post-Soviet education system. “On the one hand, we cannot ignore instructions from the president’s office; on the other hand, it would be a crime to fire professors. Who will train young doctors then? Both the education and health sectors have decayed during the years of independence and the civil war,” said a source in the Health Ministry’s Education Department, speaking on condition of anonymity because of a fear of retaliation.

Some mildly defend the order, saying that while it may be extreme, older workers are not familiar with the demands of the modern world. “For the sake of objectivity, we should say that certain elderly professors – as well as specialists in other state agencies – have very poor knowledge of modern technology, in particular personal computers,” a high-ranking official at a university in Dushanbe told EurasiaNet.org. “However, by firing elderly teachers, the government will only create a vacuum that will be impossible to fill.”

Already, low government pay encourages trained young people to head into the private sector or, more often, abroad. Moreover, thanks to Tajikistan’s rampant unemployment, as many as a million Tajiks – perhaps half the male labor force – work abroad, mostly in Russia. After years of high unemployment and emigration, few skilled workers are left to fill the new vacancies that the executive order is creating.

A trained engineer who once worked for a state agency, Olim Rabiev, 59, has spent the last eight years working for a construction firm in Belarus. “Nobody’s interested in using my knowledge and experience in Tajikistan. I returned a couple of times trying to find a specialist position in a government office, but nobody’s interested,” he told EurasiaNet.org. “These new instructions issued by a shortsighted public official will kill the desire of people to work for government, especially among those approaching the pension age.”

“Many pension-age veteran employees possess huge human, organizational and scientific potential. To reject this potential is to deprive the country of a decent future,” former Education Minister Munira Inoyatova told EurasiaNet.org. Inoyatova said that in issuing the order, authorities “discredit themselves,” adding that public anger is rising.

As Tajiks ponder the order, some are raising logical questions in Internet chat rooms and newspaper editorials: The prime minister will turn 69 this year. Should he be fired? The powerful Dushanbe mayor will turn 61; is his tenure nearly up? And long-serving President Rahmon himself, who will turn 61 this autumn, is expected to run for another seven-year term in November. Will he have to stand down after two years due to his advanced age?