Dodojon Atovulloyev left Tajikistan 16 years ago and later received asylum status and then citizenship in Germany. 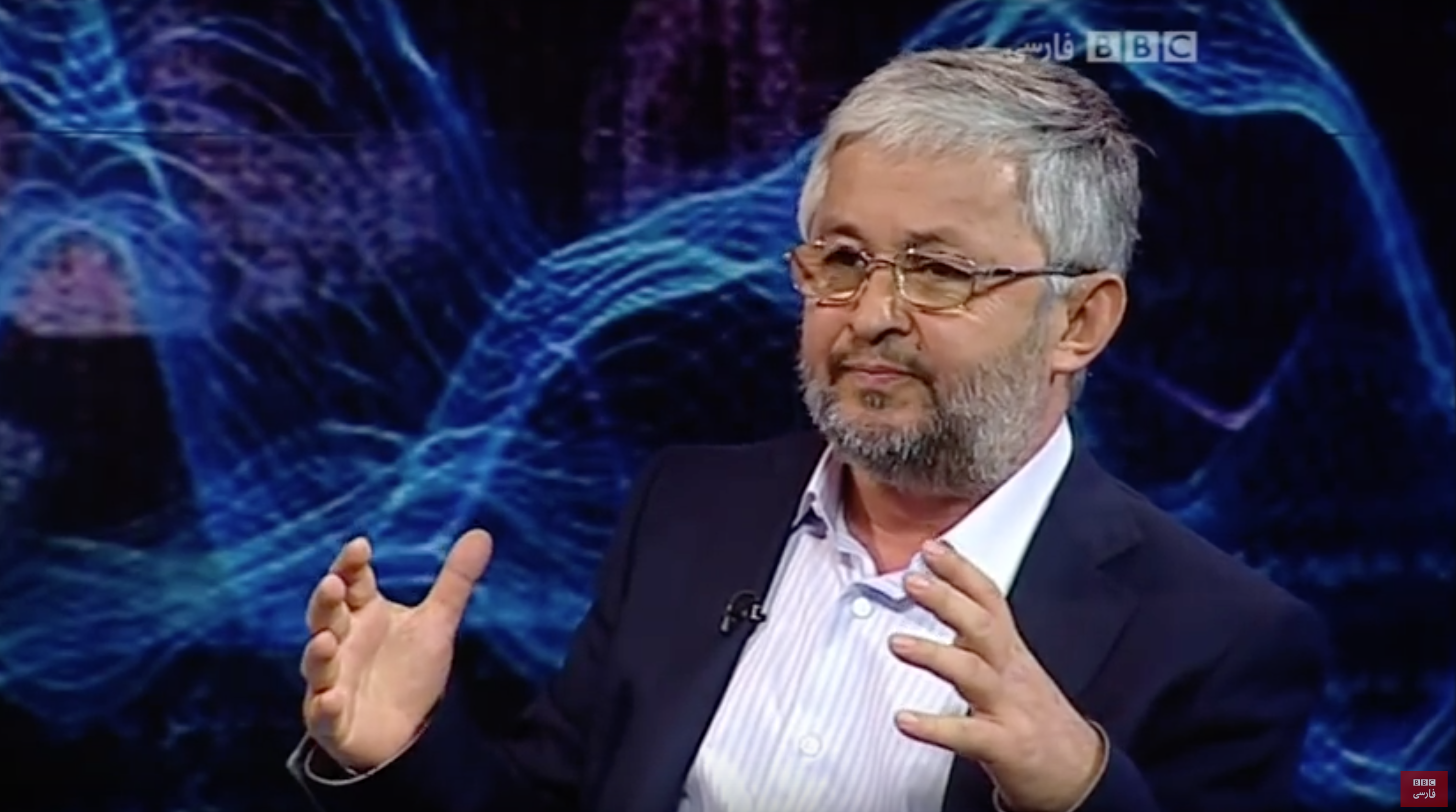 Dodojon Atovulloyev seen during a 2013 interview with the BBC's Persian service.

A prominent opposition politician from Tajikistan has returned home for a brief visit after years of exile and has met with his long-time foe, President Emomali Rahmon, independent news website Akhbor reported on January 25.

Dodojon Atovulloyev left Tajikistan 16 years ago and later received asylum status and then citizenship in Germany.

Akhbor cited an unnamed source as saying that during their encounter, Rahmon urged Atovulloyev to move back to Tajikistan. The same source reportedly said that Rahmon’s brother-in-law — the president’s wife’s brother, businessman Hasan Asadullozoda — had acted as an intermediary for the visit.

While living in exile, Atovulloyev repeatedly claimed to have been subjected to constant surveillance by agents with Tajikistan’s security services. In January 2012, he was stabbed in a Moscow restaurant, an attack he also blamed on Tajik authorities.

His greatest coup while in exile came in 2013, when he provided the now-defunct K+ television station with footage from the wedding of Rahmon’s son, Rustam Emomali. The footage proved an embarrassment for the presidential administration as it showed the ruling family flagrantly violating their own idiosyncratic laws on limiting wedding guests to 150. Also, the lavish ceremony was held at a government residence, in breach of rules proscribing the use of official facilities for personal purposes.

Atovulloyev does most of his politicking on Facebook these days. He promised a return to Tajikistan as recently as December.

“I will hide nothing from my opponents. Soon there will be a meeting between me and the president of Tajikistan,” he said. That did not mean, he added later, that he was selling out or asking for anything in return.

It is not exactly as though Atovulloyev has anything to offer in return, however. Aside from his notoriety, he possesses little by way of political capital.

That Atovulloyev was prepared to return to visit Tajikistan looks like something of a public relations exercise for Rahmon, who has systematically crushed all expressions of opposition within the country. In 2015, he began a merciless campaign against the Islamic Renaissance Party of Tajikistan, or IRPT, jailing almost its entire senior leadership and labeling it a terrorist organization, in the absence of any evidence to that effect. Meeting Atovulloyev ostensibly permits the regime to pretend it is tolerant of anti-government figures, although in truth, the level of political apathy in Tajikistan is such that it is hard to know who might be the target of such a message.

Atovulloyev has previously conceded that there are no viable opponents to Rahmon and that it would accordingly be necessary for his enemies to consider the path of negotiation. While slowly warming to the president, Atovulloyev has made an enemy of the more principled exiled opposition groups based in Europe by criticizing what he has described as their misguided approach.

“Don’t pin your hopes on European members of parliament. They don’t even know where Tajikistan is, let alone taking it upon themselves to take decisions in support of a free Tajikistan,” he said last year.

Akhbor speculated that Atovulloyev’s visit to Tajikistan is part of a broader project by the government to improve its international democratic credentials. Other critics of Rahmon have also been lured back.

In May 2013, the poet Bozor Sobir, who was jailed for nine months in the early 1990s after openly expressing his opposition to the government then coalescing under Rahmon, returned to Tajikistan after a 19-year absence. Immediately after his return, he fell about praising his erstwhile antagonist. It was evident that his time in exile in the United States was not a happy one, as evidence by a 2010 piece in which he dwelled, in highly incoherent and racist fashion, on the shortcomings of democracy.

Some other marginal figures have also returned to the fold, but these developments are so trivial as to be largely meaningless, considering that Tajikistan continues to jail even its most harmless critics with abandon. Many have managed to flee into exile, meaning that the brunt of brutal government harassment falls on their elderly relatives and, in some instances, small children.