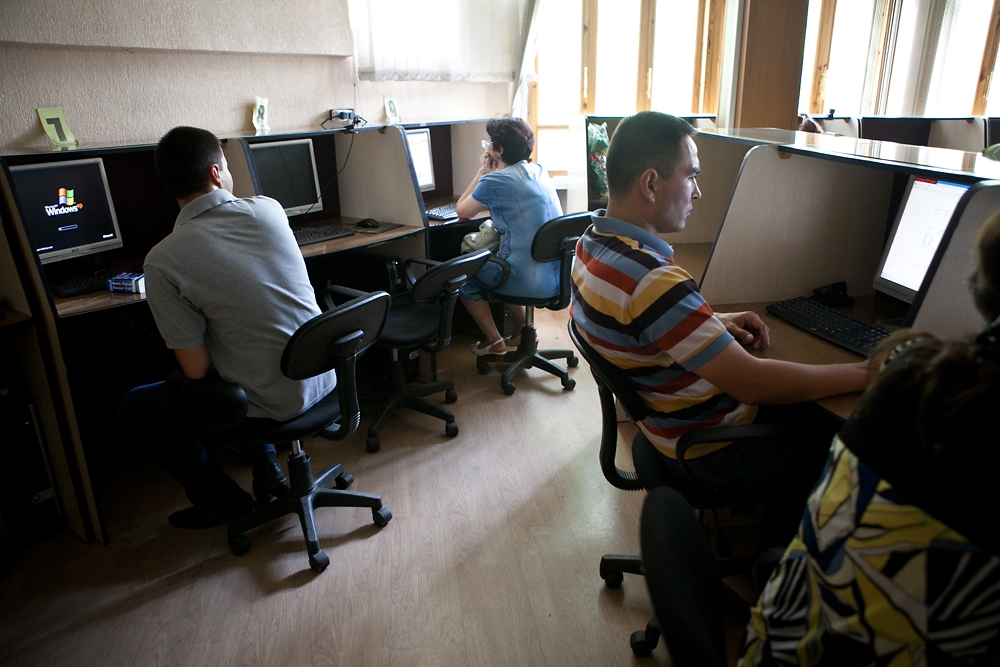 This spring, when 15 young activists gathered outside Tajikistan’s state electricity supplier during an energy crisis to “lay flowers for the dead electricity,” they anticipated spending a night in jail. But the country’s first documented “flash mob,” a protest that lasted less than 30 minutes on April 8, passed peacefully. To the organizers’ surprise, it had an unintended effect, thrusting into popular consciousness something exciting and new – Facebook.

The local press covered the event in detail, describing how the social networking platform brought the demonstrators together. Though some Tajiks had long embraced Facebook as a tool for staying in touch with friends, the mini-protest became an advertisement for some of the site’s broader networking features. Russian keep-in-touch websites like Odnoklassniki.ru and VKontakte.ru are still prevalent in Tajikistan, but Facebook, which supports Russian language but not Tajik, is growing quickly in popularity because, unlike those other platforms, it helps likeminded people find each other, says Alexander Sodiqov, a local analyst.

Moreover, “Facebook is sexy,” Sodiqov, himself an active Facebook user, told EurasiaNet.org. Young Tajiks studying abroad started bringing Facebook home a few years ago, so the site has cachet as something foreign and hip.

In Central Asia, particularly since the so-called Arab Spring, governments have been nervously contemplating the potential political ramifications of social media. Certainly, as social networking spreads, users are finding it a convenient outlet for expressing frustration with government projects and policies. In Tajik cyberspace, where some users predictably hide behind avatars and pseudonyms, the new forum has made political discussion a bit more sophisticated.

“Facebook can definitely mobilize people to debate political issues,” said Sodiqov. “For example, when you post something about Rogun” -- Dushanbe’s controversial plan to build the world’s tallest hydroelectric dam -- “there are lots of comments.”

Ravshan Abdullaev, director of the Eurasia Foundation of Central Asia’s Tajikistan office, says the online discussions are not overtly rebellious, but they do address policy issues in a substantive manner. For example, in Hissar, a western town, authorities recently remodeled an ancient fortress with modern bricks. “People discussed it on Facebook. Then Asia-Plus [a popular local news agency] wrote about it. And now a lot of local newspapers are asking, ‘Why?’ The same thing is happening with discussions about the construction boom in Dushanbe.”

Facebook’s greatest limitation in Tajikistan is the country’s modest Internet penetration. A 2009 survey found that only 8 percent of Tajikistanis get online at least once per month, most of the users being concentrated in the capital. Compared with neighboring countries, Tajikistan, with 20,000 Facebook users according to the site’s advertising module, is small fry. Kyrgyzstan, a slightly smaller country, has 50,000; Kazakhstan, Central Asia’s regional economic powerhouse with roughly twice Tajikistan’s population, has 400,000. Of those who get online in Tajikistan, 96 percent use the Internet in Russian; 22 percent use it in Tajik.

Nonetheless, two recent riots – very rare events for Tajikistan – raise questions about Facebook’s potential as a mobilizing tool. Both disturbances occurred after football games. The first, on June 14, seems to have started spontaneously when a referee made a controversial, last-minute call that led to a win for a team partially owned by the son of President Imomali Rahmon. Complaining of favoritism, fans of the opposing host team, Ravshan Kulyab, turned violent, until forcibly disbursed by riot police using tear gas and concussion grenades. The following week, fans used the team’s Facebook page to call for supporters to attend a game in Dushanbe; reportedly, they did not call for protests or disturbances, but after the match the team’s devotees again clashed with riot police.

Based on anecdotal evidence, Facebook seems to be growing in popularity, and its devotees are eager to make the most of it, without turning the resource into a threat to authorities.

Journalist-cum-activist Zafar Abdullayev (no relation to the Eurasia director), who organized April’s electricity “funeral,” wants to show that Facebook “is not just about Arab revolutions.” He hopes the website will help foster dialogue with authorities. He is trying to convince each ministry to open a page where users can register complaints and make recommendations.

“If we want reforms, we don’t need a fight. We must only find a correct way and this is it,” he told EurasiaNet.org. He added that most users expect some of their new “friends” to be security agents monitoring their conversations, which in turn prompts self-censorship. And although Abdullayev, who stepped down in January as editor of the Avesta news agency, writes high-profile commentaries condemning corruption and government abuses, he does so in more mainstream media, including his former agency.

To underscore Facebook’s apolitical side, Abdullayev created a group, Beautiful Tajikistan, which he says is designed to bring like-minded people together for socializing, games and charity events. The group’s administrators bar members who discuss politics, religion or nationalism. In keeping with that trend, Eurasia Foundation’s Abdullaev, a group member, used Facebook to raise funds for a local orphanage, pulling in “seven times more” than he had hoped.

While Zafar Abdullayev is excited by Facebook’s potential for generating productive public policy discussion, he does not believe it could provoke mass unrest or revolutionary change. If that kind of turmoil were to happen, he reasons, it would be “unexpected, […] something without a leader, something unorganized.”

“There are some people online who try to mobilize people and say, ‘We’ve had enough, we need Tunis.’ But what happened in Tunisia or Egypt is not going to happen here,” he said. “This isn’t the same climate. There is still a long way for Facebook to go to become that strong.”