Tajikistan: Forced military conscription and the road to tragedy

One unwilling recruit was turned into an example, another an ICU patient. 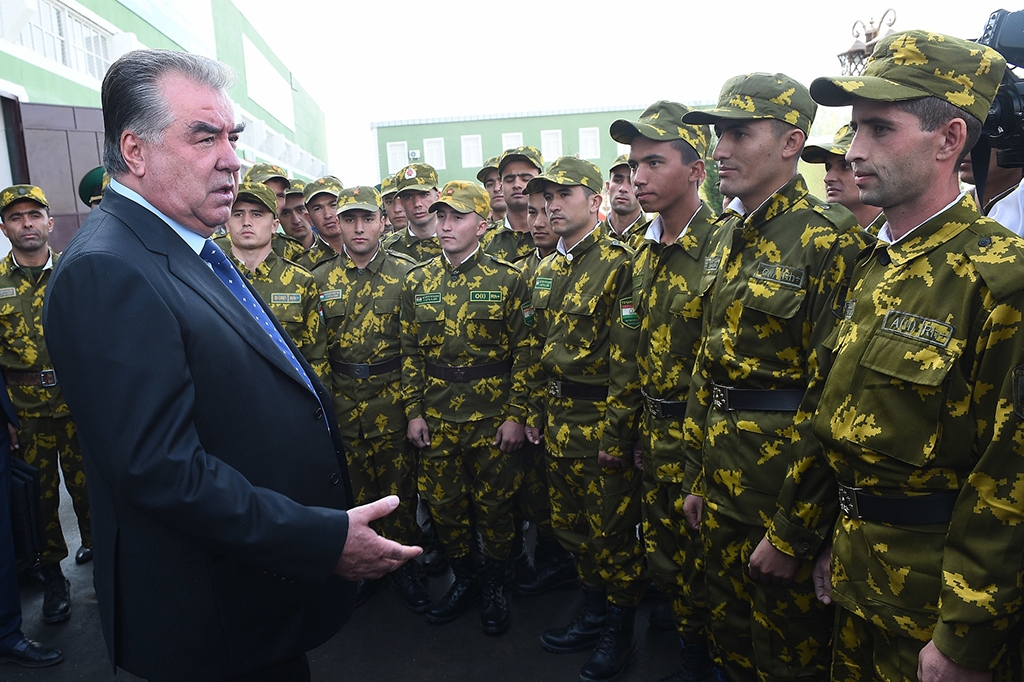 Spring is a wonderful time to be out in Dushanbe – unless you are a young man trying to avoid forced military conscription.

By local standards, there was nothing unusual in how TV journalist Shohruh Ismoil was coerced into serving in the army earlier this month.

During this season and in autumn, Tajik men of serving age are routinely hauled off streets or taken from their homes and forced into cars by plainclothes law enforcement.

Locally, this practice is known as oblava.

Ismoil, a fresh, but relatively well-known face for morning viewers of Dushanbe TV screamed for help as he was abducted by several men just meters from the broadcaster’s office.

Legal changes that went into effect last year have reduced the scope for dodging military service and boosted the army’s capacity to shape the seasonal call ups.

Men aged between 18 and 27 and deemed healthy must now either accept a grim two-year stint in the armed services or pay a hefty sum – set at the equivalent of around $2,000 – to take a month-long course in military preparedness instead.

To the horror of youth across the country, the new regime has all but ended deferrals and opt-outs for students, including those doing advanced work.

Reportedly, Ismoil’s kidnapping took place on his 24th birthday, and he is now serving in the distant Gorno-Badakhshan Autonomous Oblast (GBAO).

In interviews with the media, Ismoil’s relatives claimed that he was eligible for a dispensation on health grounds.

They also questioned why his kidnappers did not go first to his home in the provincial town of Rudaki, a short drive from the capital, which would have been less humiliating for the presenter.

The amendments to military service rules were put forward in 2020.

Since then, the prospects of soldiers seeing real fighting have grown.

To the south, Dushanbe has yet to establish any public relationship with the Taliban, and has done little to disguise its distaste for the Islamists.

To the north, there is the growing arms race with Kyrgyzstan, after a conflict at the pair’s disputed border escalated beyond precedent last year and left dozens dead.

Two military experts who spoke to Eurasianet on condition of anonymity said that the conscription target for 2022 had grown by a quarter compared to last year to reach 20,000.

Tajik officials have made no mention of this publicly.

Compulsory military service has its roots in the Soviet Union, while the tradition of oblava stretches back to the civil war in the 1990s, when the army began hauling unwilling men off the streets to fight the United Tajik Opposition (UTO).

Rights defenders in Tajikistan continue to insist that oblava as it is practiced is a violation of Tajik law.

Speaking in parliament on April 21, Deputy Defense Minister Emomali Sobirzoda said the spring recruitment was “going according to plan. No kind of problems.”

Funds from military service buyouts “are spent on uniforms, food, the arrangement of the sleeping quarters for soldiers, the construction of facilities,” he said in the session that saw a lawmaker interrupted by the speaker for daring to ask questions about conscription.

The wild abduction stories that accompany every new conscription season attest to the impunity that security types enjoy in the process.

Saidanvarshokh Eshonzoda, an orphan raised by his uncle and aunt, is the kind of citizen unable to afford the conscription buyout fee of 25,200 somoni.

RFE/RL’s Tajik service Ozodi reported that Eshonzoda was in mid-April abducted from his home in the southern city of Kulyab by men who came to his house and introduced themselves as representatives of the city’s electrical grid. The 25-year-old was then wrestled over his gate and shoved into an unmarked car, neighbors told Ozodi.

For their service, conscripts earn the equivalent of a few dollars per month and are highly likely to experience hazing – bouts of violence dished out to new recruits by older officers.

They also forgo for two years the more lucrative opportunity of migrating to Russia in search of work, journeys that hundreds of thousands make each year, sometimes specifically to dodge the draft.

These are now the least of Eshonzoda’s problems.

Immediately after his abduction, the car carrying him and two other recruits was involved in a serious road accident, leaving him in critical condition in hospital.

According to the Ozodi report, his family is seeking to hold to justice both the driver of the other car involved in the collision and the police who oversaw the operation to abduct their nephew.