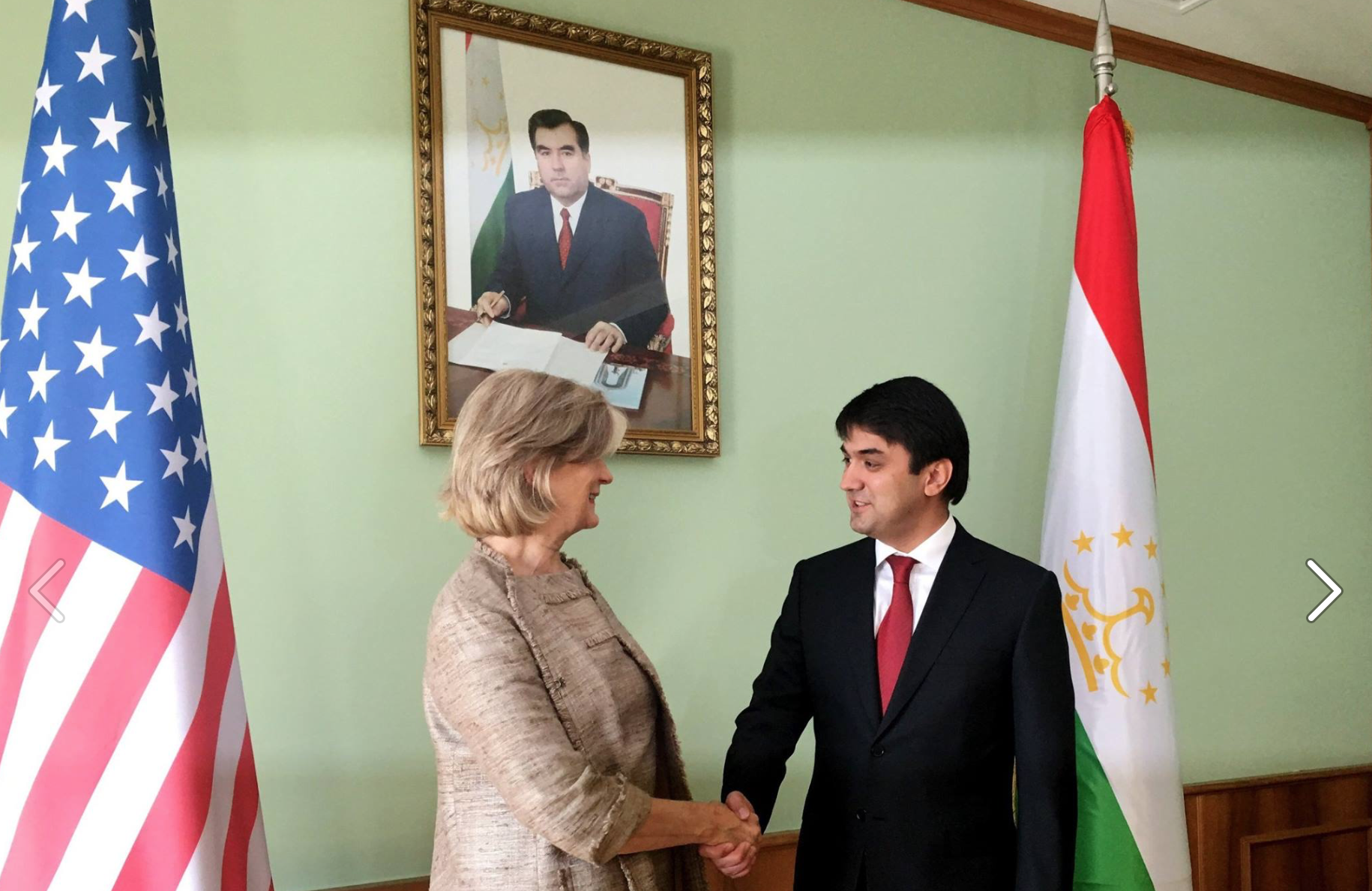 The net is tightening around the former mayor of Tajikistan’s capital as investigators reportedly question him over suspicious movements in the city budget.

Mahmadsaid Ubaidulloev had proven the ultimate loyalist, serving as mayor of Dushanbe for almost two decades before resigning, likely under pressure, on January 12. But with the president’s son on the ascendancy, room at the top is getting tight for anybody who is not family.

RFE/RL’s Tajik service, Radio Ozodi, cited unnamed sources on March 8 as saying that anticorruption officials are questioning Ubaidulloev over the disappearance of state funds during construction of the Dushanbe-Plaza multistory complex and other government projects.

None of this has come as much of a surprise. At the end of January, the deputy head of the state anticorruption agency, Abdukarim Zarifzoda, announced that his office was auditing the City Hall.

The shot across Ubaidulloev’s bow came from the new Dushanbe mayor, Rustam Emomali, who is the son of President Emomali Rahmon.

“Even though the mayor’s office is inspected every two years, and the next inspection was due in 2018, the mayor of Dushanbe submitted a request to the anticorruption agency to check on the mayor’s activities,” Zarifzoda said in January.

In what is presumably only a coincidence, Emomali ran the anticorruption agency from March 2015 until his appointment as Dushanbe mayor in January.

Ubaidulloev is among other things being probed in connection to expenditures made during construction of the Istiqlol Medical Center.

“This clinic was built with funds from Dushanbe City Hall. He was in part questioned in connection to explanations provided by the head of the capital construction department at the mayor’s office in relation to money spent on this building,” Ozodi’s source stated.

At the end of 2015, the head of that construction department, Saidashraf Anvarov, was detained by the authorities on suspicion of major graft linked to the medical center project. Investigations are still ongoing.

The Dushanbe-Plaza link is potentially much more toxic, however. It was in part alleged fraud during work to erect that building that led to the jailing of loyalist-turned-government opponent Zaid Saidov in 2013. Saidov is serving a 29-year jail sentence on charges of fraud, corruption, statutory rape and polygamy.

Another area of investigation concerns the government’s “Affordable Housing” project, which was what ostensibly what initially prompted Zarifzoda’s investigation.

This City Hall-supported initiative was launched in 2013 and was supposed to lead to the hard-up families moving into new homes by September 2015. But building work was serially delayed, causing alarm among hopeful homebuyers that had put down deposits.

President Rahmon piled the misery on for Ubaidulloev at a public address in February when he mused aloud about money missing from funds earmarked for the completion of state-run urban facilities. He said that City Hall investigations had revealed that out of a total of 677 million somoni ($85 million) spent on completing 18 separate facilities, around 55 million somoni had been “used improperly.” An investigation into what happened to this cash should be completed by the anticorruption agency by July, he said.

In an oddly choreographed sideline to that same event, Rahmon provided a public lecture to his son about how he should go about doing his mayoral duties.

“Keep prices down, provide people with electricity and transport. Don’t eat in restaurants and in the homes of businessmen. Visit the homes of workers, old people and widows,” Rahmon told his son.

Receiving a visit from the mayor could become the only chance people will get to air their views from now on. Few would have accused Ubaidulloev of being a particularly strong proponent of Jeffersonian democracy, but he did make some token gestures at accountability by, for example, creating websites like mometavonem.tj and bemiyonaravho.tj, where Dushanbe citizens could post requests and complaints. Those sites no longer work. And it is not known who will get to take over the dush[email protected] email address, from which Ubaidulloev himself was said to occasionally respond to petitioners.

One lucky Dushanbe resident has already been admitted for a chat with Emomali. On March 7, US Ambassador to Tajikistan Elisabeth Millard met with the new mayor to “discuss areas of mutual interest and cooperation.”