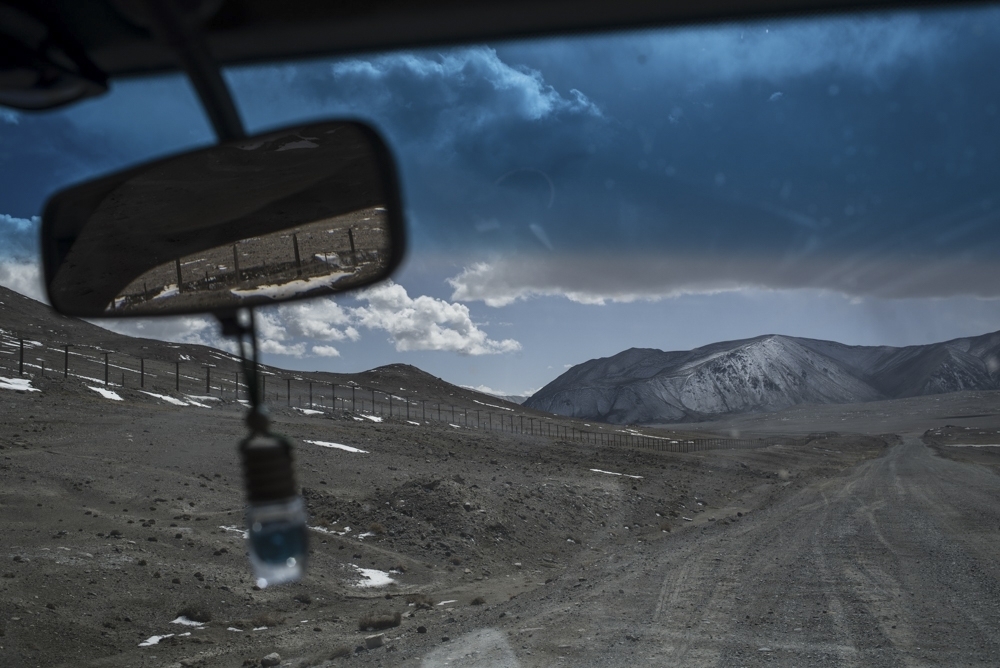 A road near the Pamirs town of Murghab. (Photo: Danil Usmanov)

Lawmakers in Tajikistan have voted to ratify an agreement giving a Chinese company development rights for a silver mine in the Pamir mountains.

Parliament voted overwhelming in support of the decision on October 1, on the day that marked the 70th anniversary of the foundation of the People's Republic of China.

RFE/RL’s Tajik service, Radio Ozodi, reported that the field in question is called Yakjilva and is located at an altitude of 4,200 meters in the Murghab district of the Gorno-Badakhshan autonomous region, or GBAO. The deposit will be developed by Kashgar Xinyu Dadi Mining Investment, a metals miner based in China’s Xinjiang province.

The initial deal was signed on June 14, on the eve of a visit to Tajikistan by Chinese leader Xi Jinping. A number of bilateral documents were signed during Xi’s stay, including a deal for Beijing to issue a non-repayable grant, an agreement on the second stage of construction work on the road linking Dushanbe to Kulma, which is on the Chinese border, and the refurbishment of the Bokhtar-Kulyab railroad.

According to Radio Ozodi, whose reporter attended the session of parliament, Kashgar Xinyu Dadi Mining Investment has allocated $39.6 million toward developing the field.

Farrukh Hamralizoda, the head of the state investment committee, said that the field would be developed over a seven-year period, during which time the Chinese company will be exempt from all tax and customs payments. Sixty percent of the workers at the field will be Tajik nationals, while the remaining specialists will come from China, Hamralizoda said.

Almost half of Dushanbe’s $2.9 billion external debt – around $1.38 billion – is owed to China. It is unclear how Tajikistan is likely to raise the funds to pay off those liabilities – a fact that has prompted suspicions that the government intends to buy its way out of debt by relinquishing development rights over mineral reserves in nebulous giveaways to Chinese companies.

There have been varying estimates about the size of the Yakjilva reserve. Asia-Plus news website cited data provided in 2016 by the Main Directorate of Geology that said that Yakjilva might hold up almost 205 tons of silver reserves. Hamralizoda offered a lower figure of 113 tons on October 1. The discrepancy has not been explained.

But in 2016, deputy prime minister Azim Ibrohim, who has experience working in the Main Directorate of Geology, noted that the unprocessed ore at Yakjilva is far richer in silver content than what is found at the larger Kon-i Mansur mine, which is located in northern Tajikistan. Each ton of ore at the Murghab deposit contains 640 grams of pure silver, as opposed to 50 grams at Kon-i Mansur, Ibrohim said.

A spokesman for Kashgar Xinyu Dadi Mining Investment attending the hearing of parliament said average salaries for employees at its mine would be around 2,600 somoni ($260).

Hamralizoda told Radio Ozodi that the metal extracted in the Pamirs would be exported in its raw form.

“Since the silver reserves are not so large, it is not profitable to build a separate silver processing plant inside the country,” he said.