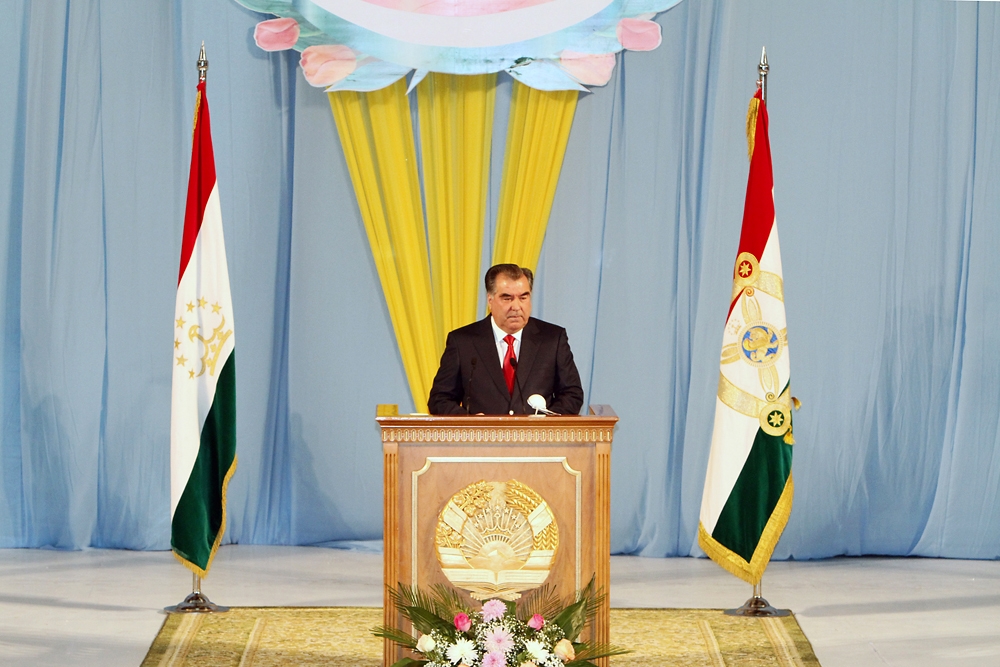 Early on March 15, a 58-year-old man put on his tracksuit and left home in Qurghonteppa, a 90-minute drive south of Dushanbe, Tajikistan’s capital. Morning exercise was a regular part of his routine, says Amnesty International. But on this morning the man, a prominent critic of President Imomali Rakhmon, did not return.

Friends and political allies fear Salimboy Shamsiddinov was kidnapped for his political views, including his critique of Tajik-Uzbek relations. Shamsiddinov, head of the Society of Uzbeks of Khatlon Province, is no stranger to tough talk, often expressing himself freely on politics and interethnic relations in a country where questioning the official line is discouraged, especially in an election year.

In a May 2012 interview with the Dushanbe-based weekly Millat, Shamsiddinov, a lawyer and former police investigator, raised eyebrows with his criticism of the government’s treatment of its minority Uzbek population. He was equally critical of neighboring Uzbekistan’s treatment of its ethnic Tajik population: “The actions of both countries in relations to their national minorities are a form of [cultural] genocide,” he said.

A few days after the interview, several athletic-looking men attacked Shamsiddinov, beating him with a metal pipe and causing severe head wounds. At the time, Shamsiddinov said the attack was related to his opinions: “Ordinary people don't attack you like that,” he told Radio Free Europe. “This attack must have been ordered by some important people.” Many speculated that those “important people” were members of the State Committee on National Security, the GKNB, locally known by its Soviet-era acronym, the KGB. The attack happened in broad daylight across the street from the GKNB’s Qurghonteppa office.

One prominent analyst in Dushanbe sees two possibilities behind Shamsiddinov’s disappearance. On the one hand, he says the GKNB – which regularly faces allegations of intimidation, kidnappings, torture and extra-judicial executions – is a likely culprit. The GKNB, this popular theory goes, wanted to silence Shamsiddinov because he had been cavorting with one of Rakhmon’s political rivals ahead of presidential elections scheduled for November.

The analyst, who spoke on condition of anonymity for fear of provoking the powerful GKNB, also points out, however, that Shamsiddinov had problems within the Society of Uzbeks, especially since his Millat interview, and his disappearance could be related to power struggles within the organization.

On March 27, police in Qurghonteppa denied any knowledge of Shamsiddinov’s whereabouts and dismissed notions he was kidnapped.

Shortly before his disappearance Shamsiddinov had organized a routine meeting of the Society of Uzbeks. Among the guest participants was Rahmatillo Zoirov, leader of the Social Democratic Party (SDP) and one of Rakhmon’s sharpest critics.

Zoirov has called Shamsiddinov’s disappearance “politically motivated,” and says it was related to his cooperation with the SDP. In addition, Zoirov said in an open letter, Shamsiddinov had agitated for amendments to laws governing the presidential election, in which the long-serving Rakhmon is expected to stand for another term.

Zoirov claims that a day prior to his disappearance, Shamsiddinov had complained by telephone about harassment by government officials.

An alliance between Zoirov and Shamsiddinov could pose a challenge to Rakhmon. Ethnic Uzbeks make up the largest minority in Tajikistan (between 1 and 2 million of 8 million). Any effort to persuade the community to vote for an opposition candidate, such as Zoirov, could upset Rakhmon’s hold on power. (That assumes a fair election, which, international observers say, has never happened in independent Tajikistan.)

“Shamsiddinov's disappearance could have been a politically motivated abduction,” Amnesty International said in a March 26 statement. Ahead of presidential elections this year “authorities have been escalating their campaign to silence all critical voices through harassment, shutting down organizations and websites, and seeking extradition of opposition party members.”

A pattern appears to be emerging. Last month, in Kiev, former Prime Minister Abdumalik Abdullojonov, who has been living as a refugee in the United States for about a decade, was arrested on an old Interpol warrant. Dushanbe wishes to try him for attempting to assassinate Rakhmon. In December, businessman Umarali Kuvvatov, who reportedly fled Tajikistan and formed an opposition group in Moscow last year, was arrested at Dushanbe’s behest in Dubai. He fears being kidnapped and returned to Tajikistan, where he faces charges of embezzlement that his supporters call politically motivated.

In the past, Tajik authorities allegedly have detained a number of Rakhmon’s opponents in Russia, including the leader of the Democratic Party, Mahmadruzi Iskandarov, who, after a long absence, mysteriously appeared in Tajikistan in 2005 and was given a 23-year prison sentence on, among other things, charges of terrorism, banditry, and embezzlement.

The leaders of ethnic minorities in Tajikistan “have always been marginal members of the intelligentsia with no broader networks or power,” said one expatriate researcher in Dushanbe. Shamsiddinov’s influence does not reach a large portion of Uzbeks in Tajikistan, a community that is “diverse” and lacking an “overall identity.”

Still, the Dushanbe analyst said, it’s hard to avoid the impression that authorities are not a little nervous about the elections this fall.