Earlier confrontations have resolved either with the killing of informal leaders or uneasy compromise. 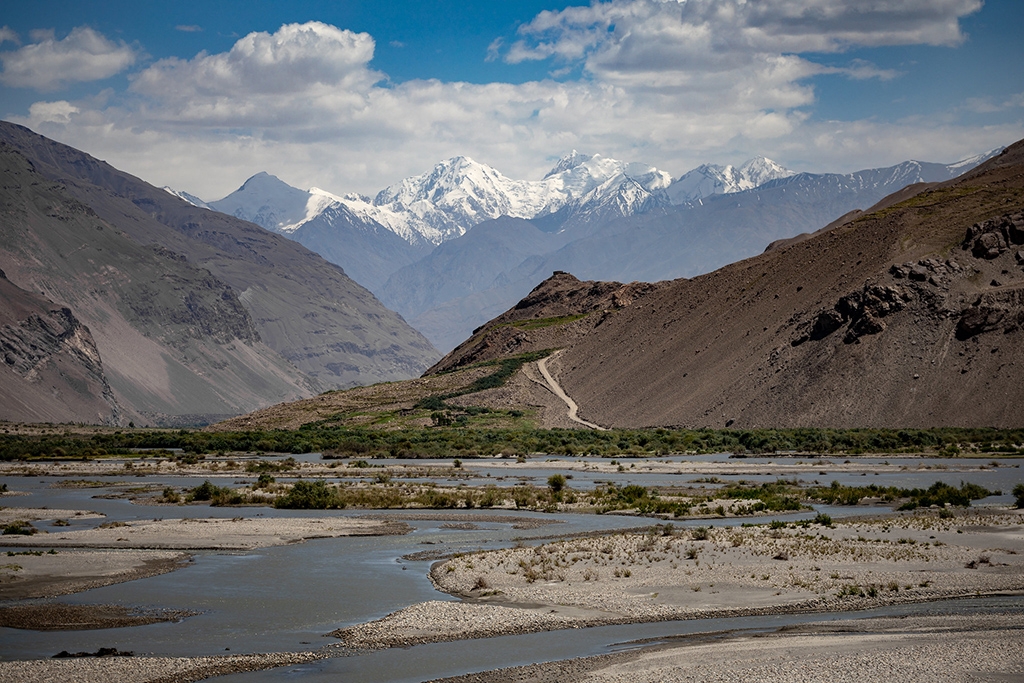 Anxieties are mounting in Tajikistan’s easternmost region amid reports that the government is seeking the arrest of an influential local powerbroker and that this could trigger a fresh bout of unrest.

Residents of the Gorno-Badakhshan Autonomous Region, or GBAO, a highland territory with a long border with Afghanistan, have said groups of local people took turns over the weekend guarding Mamadbokir Mamadbokirov’s home in the Pamiri city of Khorog.

Mamadbokirov has repeatedly been sought for arrest in the past, but the accusation leveled against him on this occasion is that he assaulted a representative of the Education Ministry.

The GBAO, a region of around 200,000 people, has been on edge since November.

That month, the killing of a local resident by the police sparked days of protests in Khorog that at times spiraled into deadly confrontations. The standoff was defused through negotiations that produced multiple commitments to deescalate from the central government in Dushanbe. Local people say that the authorities have failed to abide by any of those pledges and that they are instead bent on squelching whatever slender autonomy the GBAO still enjoys. Authorities cut off internet connections in November and have refused since then to reactivate them.

Since the start of this year, state broadcasters have been running reports condemning what it describes as Pamiri criminal gangs running loose in the GBAO. Reports have implied that the local population is complicit in lending those groups support.

The focus has narrowed on one person in particular.

On January 31, Badakhshon TV, a state-run channel in the GBAO, aired footage that it said showed Mamadbokirov assaulting Education Ministry official Lutfullo Navruzov. The piece suggests that Mamadbokirov was in a state of intoxication and that he had confronted Navruzov over a petty personal disagreement. Mamadbokirov says he did meet with Navruzov, but he denies assaulting him.

RFE/RL’s Tajik service, Radio Ozodi, reported on February 6 that government forces had given Mamadbokirov and six associates a week’s time to give themselves up to the authorities. Local government officials in Khorog, meanwhile, have scoffed at reports of another looming confrontation between city residents and government troops, calling these the claims of “a group of people based abroad, inventing things and sowing discord.”

The apparent move to arrest Mamadbokirov is only one prong of the government’s attempts to neutralize so-called Pamiri informal leaders. On February 3, the Prosecutor General's Office confirmed that it had extradited Amriddin Alovatshoyev, a Russia-based Tajik national. Dushanbe authorities have described Alovatshoyev as a member of an organized crime group.

Alovatshoyev’s supporters, however, say that he was targeted because of his involvement in helping organize a picket outside the Tajik Embassy in Moscow in late November, while the GBAO was gripped by political turbulence.

The Tajiks appear to have resorted to extrajudicial methods to secure Alovatshoyev’s repatriation. The man’s associates reported in mid-January that he had disappeared. Russian police would not be drawn on whether they or other Russian law enforcement bodies had arrested Alovatshoyev. The announcement from Tajik prosecutors has now cleared up the mystery. Precedent suggests that Alovatshoyev was spirited out of Russia without any observance of basic legal procedures, which is standard protocol in the Tajik regime’s dealings with regime opponents. Moscow is typically content to tolerate or even assist with state-sanctioned kidnappings.

Confrontations between the central government and GBAO residents have occurred several times over the past decade or so. As conventional opposition politics has been thoroughly crushed by President Emomali Rahmon’s authoritarian regime, influential figures widely suspected to be involved with criminal activities have emerged over that period as the most viable champions of regional autonomy.

Earlier confrontations have resolved variously either with the killing of informal leaders or uneasy compromise.

In November 2018, just as one of those standoffs was unfolding, a group of Pamiri powerbrokers – Tolib Ayombekov, Yodgor Mamadaslamov, Munavvar Shanbiyev, Zoir Rajabov, Khursand Mazorov, as well as Mamadbokirov and Alovatshoyev – traveled from their native region to Dushanbe. Although it was not officially confirmed at the time, well-placed official sources intimated that the group was in the capital to agree on terms for bringing a close to the unrest.

Indeed, while several of those figures had previously been declared the subject of arrest warrants, authorities refrained from pursuing their detention after the reported Dushanbe talks. Mamadbokirov was accused of organizing riots, inciting religious hatred, illegal arms possession, among many other charges. It is only now that law enforcement has reverted to talking about arresting him.

Mamadbokirov said in a written appeal over the weekend that all he could be accused of was standing up to injustice perpetrated by the government.

“The lawlessness, injustice, corruption, abuse of office, violation of every human right, freedom of speech, and freedom of the press has provoked me, a lone citizen of Tajikistan, into protesting against state employees,” he wrote.

There is speculation in some quarters, amply fueled by pro-government figures, that the authorities are mulling the possibility of breaking up the GBAO.

In December, a deputy in the GBAO representative assembly suggested that Darvoz and Vanj, the two westernmost districts of the region, might secede. He cited the recurrent unrest in Khorog as justification for this proposal. It is all but inconceivable he would have made such remarks without sanction from higher up.

Navruzov, the government official allegedly attacked by Mamadbokirov, made the exact same argument in the January 31 television report.

“If the situation carries on like this, if the residents of Vanj and Darvoz are going to be subjected to torture and insults, then I am in favor of taking these two districts out of the GBAO,” he said.

He did not elaborate on the allegations of torture, and it is unclear from his remarks what he was alluding to.

Another long-standing case for breaking up the GBAO, whose territory accounts for around 42 percent of Tajikistan’s land mass, lies in the region’s ethnic and religious fault-lines. While the population of the Darvoz and Vanj regions is ethnically Tajik and adheres to Sunni Islam, like the majority of Tajikistan’s population, eastern Pamiris speak their own distinct languages and follow the Ismaili faith, an offshoot of Shia Islam.

Talk of the GBAO being broken up has generated additional lines of speculation.

One is that the breakaway districts might be merged with a yet-to-be-formed Dangara province. Dangara, the birthplace of President Rahmon, has over the past decade been transformed from a sleepy backwater into an increasingly well-appointed urban center, complete with a medical university and an international airport.

And at least one analyst has argued that the breakup of the GBAO could precipitate the definitive termination of the region’s autonomy status, which exists only on paper as it is, thereby easing the process of leasing land and granting mining concessions to investors from China, to which Tajikistan currently owes more than $3 billion in development-linked loans.