This is just the latest piece of Dushanbe's family silver that Beijing has got its hands on. 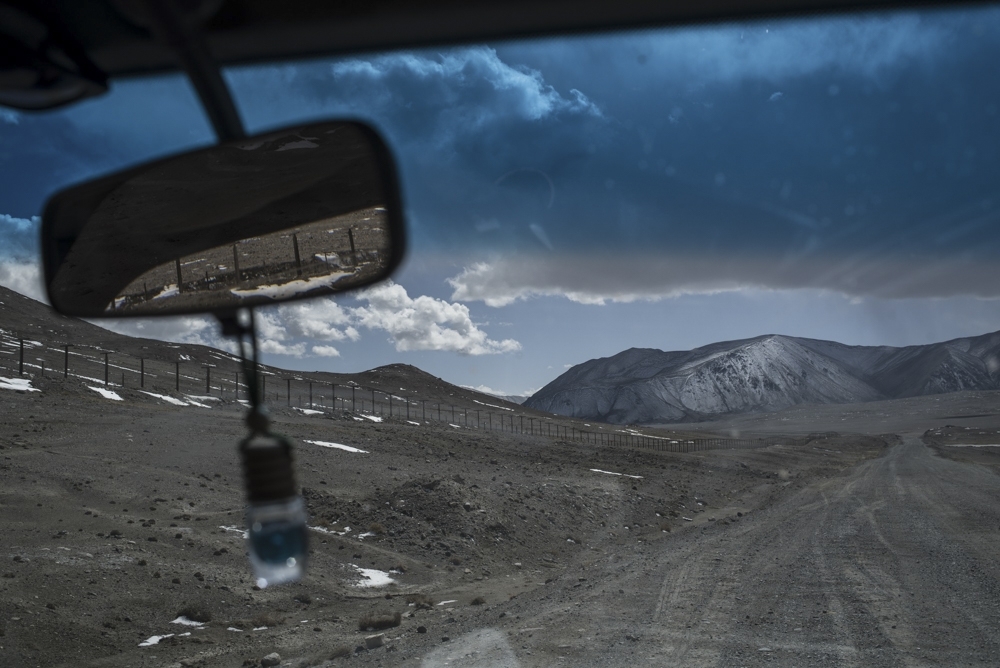 We're not in Kansas anymore: A road near the Pamirs town of Murghab. (Photo: Danil Usmanov)

Tajikistan has reportedly granted a Chinese company development rights over a silver deposit in the high-altitude Pamir region – just the latest in a long series of similar agreements.

RFE/RL’s Tajik service, Radio Ozodi, reported on June 20 that Kashgar Xinyu Dadi Mining Investment, a metals miner based in China’s Xinjiang province, signed the deal with Tajikistan’s state investment committee during an investment forum in the city of Kulyab.

As of 2016, the Yakjilva deposit, which is situated in the remote Murghab region of the Gorno-Badakhshan Autonomous Province and was previously being explored by Kazakhstan-based C.A. Minerals, was estimated to hold reserves of around 205 tons of silver.

The deposit is not immediately tempting, however. The remote location, high-altitude and shortage of access to reliable electricity supplies makes any major industrial undertaking a huge logistical headache. At least security should not be a problem. The mine is not far from a highly secretive Chinese military installation on the border with Afghanistan.

The Tajik government has divulged no details about the financial terms of the license agreement.

This deal was reportedly inked on June 14, on the eve of President Xi Jinping’s visit to Tajikistan’s capital, Dushanbe, to attend the Conference on Interaction and Confidence-Building Measures in Asia.

Fifteen bilateral agreements were signed while Xi was in town. These included the terms of a cash grant, an agreement on the second stage of construction work on the road linking Dushanbe to Kulma, which is on the Chinese border, and the refurbishment of the Bokhtar-Kulyab railroad.

Tajik government sources have told Eurasianet that the grant appears to relate to the stalled project to build a new parliament and government complex in Dushanbe at a cost of an estimated $350 million. The buildings that were on the proposed building site were razed more than a year ago, but no construction has yet got underway. There have been several media reports in the past about this elusive Chinese grant for the government complex project, but the actual payment has never seemingly been effected.

Another agreement reached on June 15 was for Chinese state-owned company China Machinery Engineering Corporation to modernize the Talco aluminum plant widely reputed to be controlled by Tajik President Emomali Rahmon’s brother-in-law, Hasan Asadullozoda. The upgrade will, according to a Radio Ozodi report, cost $545 million. The same Radio Ozodi article evinces considerable concern about the strings that might come attached with these commitments.

“It is not yet known what China is demanding in return for investment in the modernization of Talco – the final product or control over the activities of the enterprise?” the broadcaster asks, adding that the terms of this deal too are veiled in secrecy.

If there was a time that China threw around its financial resources with abandon, its attitudes toward Tajikistan have evidently hardened. A government source in Dushanbe told Eurasianet that it has become increasingly difficult to persuade Beijing to part with credit.

“Before, when the Chinese talked about giving credit for anything, they did it immediately. Now you have to persuade them. For example, the government and parliament project was supposed to be underway – the site has already been cleared, we demolished the buildings. But China didn’t give us the money,” the source said.

The quid pro quo involved in the government complex giveaway can only be guessed at, but there are also many other liabilities for China to consider. At the start of this year, Tajikistan’s external debt stood at $2.9 billion. Of that, $1.2 billion is owed to China. The volume of Tajikistan’s gross domestic product last year has been estimated at $7.3 billion.

The only option – and this appears to be what is playing out – is for Tajikistan to give China every scrap of its family silver. Literally, in this most recent case.