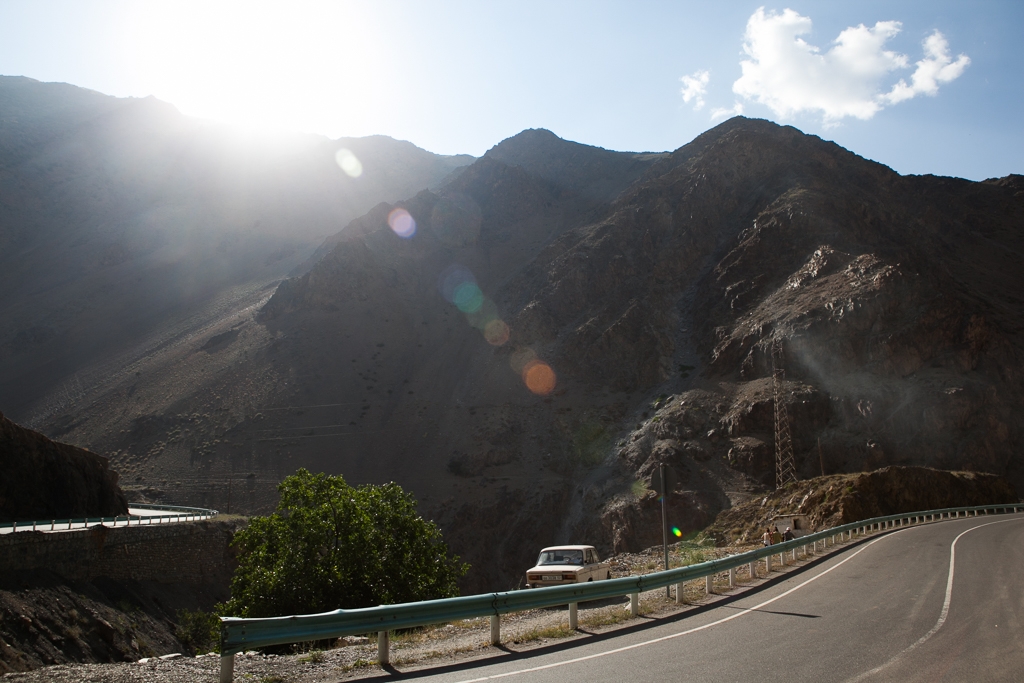 Poisoned on the road between Sughd and Dushanbe (David Trilling)

Authorities in Tajikistan say at least 13 prisoners have died of poisoning from eating tainted food during transportation between penitentiaries.

Citing its own sources, RFE/RL’s Tajik service, Radio Ozodi, put the estimate of fatalities at 14.

The Interior Ministry said in a statement that the source of poisoning were three loaves of bread divided among 16 prisoners being moved from a prison in the north of the country.

Prisoners began to show signs of ill-health half an hour after eating the food and they lost consciousness by the time they reached the capital, Dushanbe, the statement said. At least two prisoners were hospitalized in a critical condition, Radio Ozodi reported.

The Interior Ministry was unusually rapid in disseminating news about the deaths and even provided the names of the victims, which occurred on July 7. Officials in Tajikistan typically delay releasing details about potentially embarrassing events.

Some eyebrows have been raised by the sheer number of prisoners that were being moved between the Sughd region and Dushanbe. Including the passengers of two other vehicles, the total number was 128.

An unnamed expert on penitentiaries told Asia-Plus newspaper that “using three prison buses, even if they were the very largest ones, to transport 128 prisoners and guards is something that does not correspond to any imaginable norm.”

“Moving such a large quantity of prisoners in road transport creates a huge flight risk,” he said. “And if it was absolutely necessary to transport prisoners in vehicles, they should have been fed warm food before departing from Khujand and not on the way.”

This is the third case of mass fatalities among the prison population of Tajikistan over the past year.

In May, mass disturbances at Vakhdat prison, which is a short drive out of Dushanbe, claimed the lives of at least 32 people. The authorities pinned the blame for that bloodshed on the Islamic State group, which they said had whipped up the trouble as part of a premeditated plot.

And in November, a riot broke out in the Khujand penitentiary, claiming 21 lives, according to officials. Media reports offered a higher tally.

These latest deaths will only deepen concerns about how Tajikistan treats in prisoners.

A United Nations Working Group on Enforced or Involuntary Disappearances concluded, following a visit to Tajikistan that wrapped on July 5, that the detention facilities it had visited were in a grievous state.

The Tajik government “should also ensure full and effective access to independent monitoring bodies such as the Ombudsman and its Monitoring Group, as well as the [International Committee of the Red Cross] which can assist in this endeavor,” the working group said in a post-visit statement.