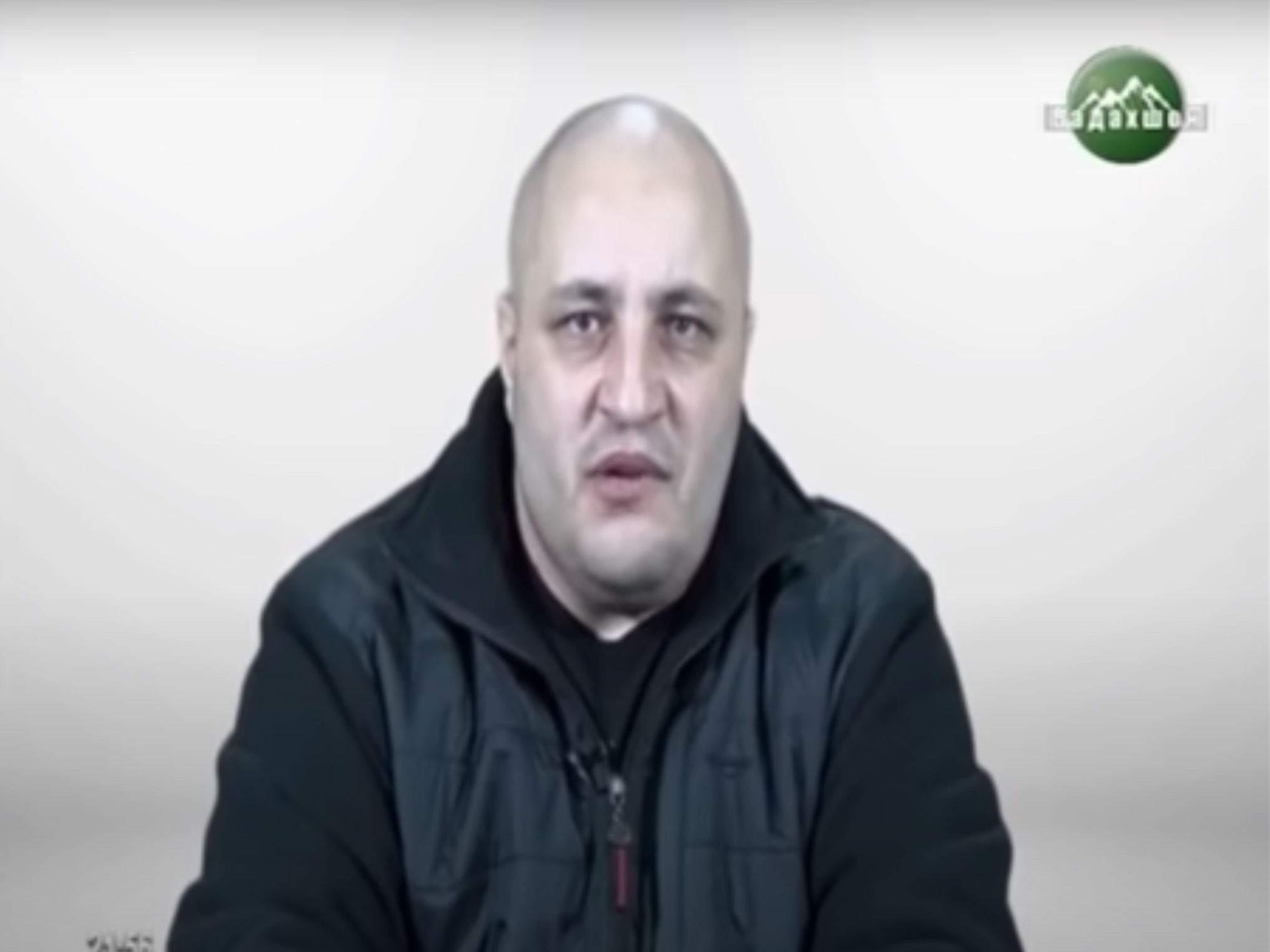 Alovatshoyev in the video confession broadcast on state television.

A leading figure in Tajikistan’s Pamiri community who was unlawfully spirited out of Russia in January has been sentenced to 18 years in prison on charges of hostage-taking.

Witnesses have reported that Amriddin Alovatshoyev’s trial on April 29 lasted only two hours.

Alovatshoyev moved to Russia in 2018 after he was accused by Tajikistan’s authorities of belonging to an organized crime group. Dushanbe’s resolve to extradite him intensified, however, following his involvement in organizing protests in Moscow against a Tajik government crackdown on the Gorno-Badakhshan Autonomous Region, or GBAO, in November.

RFE/RL’s Tajik service, Radio Ozodi, reported that Alovatshoyev submitted a guilty plea to the GBAO regional court. Many suspect this compliance had been extorted through torture. Shortly after his deportation in January, which was carried out without heed for any legal procedures, Alovatshoyev appeared in a video confession looking drawn and exhausted.

Anxieties have been high for months in the GBAO that the government is poised to launch a security sweep to arrest yet more influential community leaders. One suspected future target of arrest is Mamadbokir Mamadbokirov, whom the authorities also accuse of being a criminal boss.

Confrontations between the central government and GBAO residents have occurred several times over the past decade or so. As conventional opposition politics has been thoroughly crushed by President Emomali Rahmon’s authoritarian regime, influential figures widely suspected to be involved with criminal activities have emerged over that period as the most viable champions of regional autonomy.

A panel of UN experts last month sounded a warning about what they described as the “rising tensions in eastern Tajikistan” and urged authorities to protect the rights of the Pamiri minority living in the area.

“We are deeply troubled by efforts to crack down on protest movements by the Pamiri minority, through arrests, the excessive and unlawful use of force and the involvement of the military. We further call on the authorities to take measures to prevent the spread of the stigmatization against Pamiri protesters,” the experts said in a statement.