Clerics in the northern Sughd region are building premises for the ruling party. 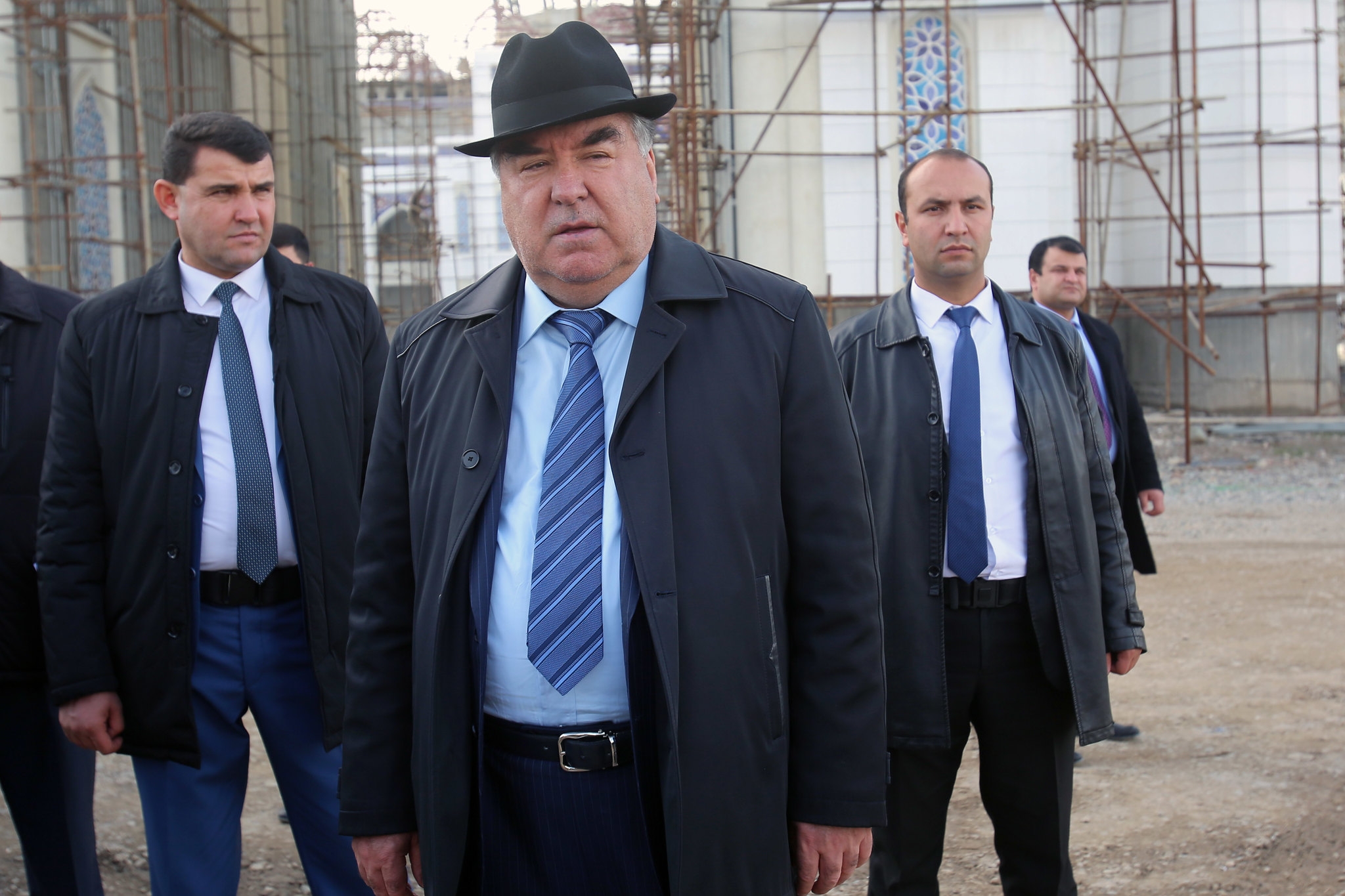 The constitution of Tajikistan speaks explicitly about the separation between religion and state. The authorities have long disregarded this principle, however, and Islamic clerics make little secret that they are an adjunct of the government.

In a recent illustration of this intimate coexistence, clerics in a northern district recently pledged to turn their hand to erecting a local branch building of the president’s political party. Similar gestures of obeisance have become commonplace.

RFE/RL’s Tajik service, Radio Ozodi, reported on September 2 that the two-story construction in the Mastchoh district will cost 500,000 somoni ($50,000) to complete. Some of the funds have been provided by the imams and were raised through offerings and payments for clerical services. Representatives of the Popular Democratic Party of Tajikistan, or NDPT, said most of the money came from their members and local businesspeople.

In addition to doing the labor of building the premises, Mastchoh district imams have also pledged to complete a road leading from the nearby highway to the new NDPT digs. The imams have already blessed the building site, NDPT officials have said.

Clerics performing labor for and on behalf of the government or the ruling party is a long-standing state of affairs.

Building premises for the NDPT has been happening since 2014. The first such building went up in the Qumsangir district, in the south, at a cost of $13,600.

Last September, imams in the town of Shaartuz were put to work restoring a statue of Bolshevik leader Vladimir Lenin. Later, the clerics claimed that they had done the work voluntarily and with funds provided by congregants.

Earlier this year, an imam in the Khuroson district, in the south of the country, paid for the construction of a polyclinic. According to the Health Ministry, the clinic consists of five offices and cost $6,400 to build.

Tajikistan has around 4,000 imams. Their ranks have gone through waves of weeding at the hands of the government.

In 2014, the religious affairs committee began requiring clerics to apply regularly for recertification. By doing this and beginning to pay the imams state salaries, the committee has ensured that clerics toe the line.

Many imams have fallen foul of the authorities for failing to heed the message, however. Dozens have faced criminal prosecution on charges of adhering to what are deemed overly orthodox and hardline Islamic currents. Other have been fired for poor understanding of the law and perceived lack of patriotic sentiment.

Last year, an imam in the town of Penjikent, 27-year-old Nakibkhon Koriyev, was dismissed by the religious committee for not knowing the words to the national anthem.

“He is considered a state employee and receives a salary. Like any government worker, he is required to know the state anthem and state symbols,” a committee official was cited as saying at the time.

In the same vein in 2018, the religious committee began forcing clergy to pay visits to state museums, go to the theater and tour sites of historical importance.

“The clergy, along with other citizens of the country, are required to know the history, culture and customs of their people,” Afshin Mukim, a spokesman for the committee, explained at the time.