Polygamous marriages can grant women some financial stability, but no legal protection if they are abandoned. 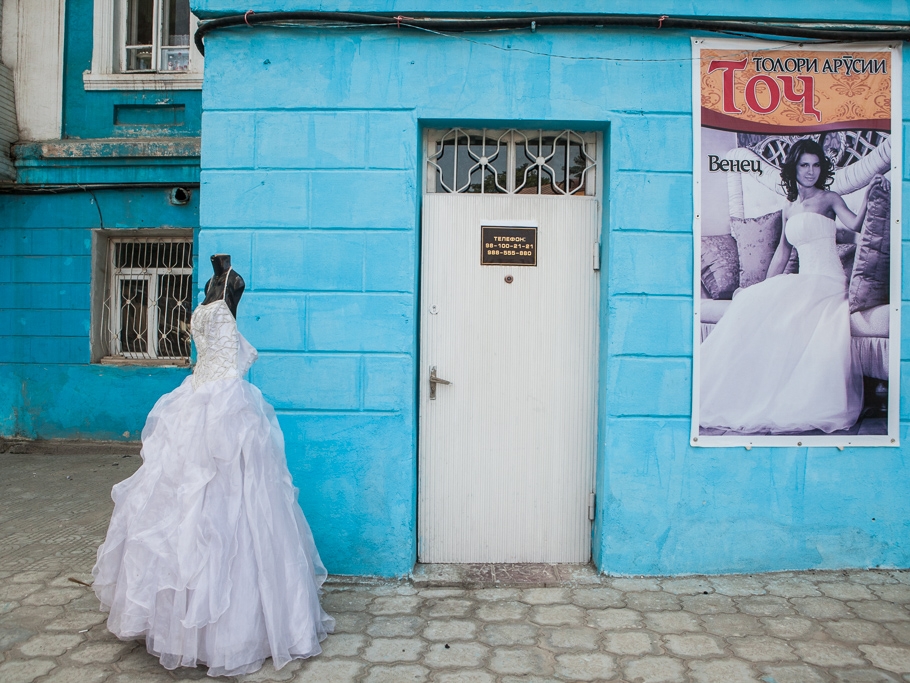 Lola, 43, says being a second wife has worked out well for her.

When she met the man that she would go on to marry, eight years ago, Lola already had a child.

“At that time, I knew I wanted another child. I knew that I wanted financial stability, and this was the man that I needed,” said Lola, who spoke to Eurasianet on condition of anonymity. “When two adults get together, they should be fully aware of their own decisions. And when they take a decision, everybody should be responsible for themselves and their own choices.”

That choice – to enter a polygamous marriage – is not uncommon in Tajikistan. Because the practice is not recognized in law, although it is informally sanctioned by Muslim clerics, there are no official data attesting how many people are involved in such relationships. Anecdotal evidence suggests, however, that instances of men taking multiple wives are legion.

As Kanoat Khamidova, the head of the Tajikistan League of Female Lawyers, told Eurasianet, women consenting to become a second, and sometimes third, wife are typically acting out of expedience.

Marriage, even in a polygamous setup, accords some degree of financial stability. Khamidova said some women maintain they prefer to share the burden of family labor with others, as pressure from overbearing in-laws can often be difficult to endure.

“A third thing that is very common in the villages is that a divorced woman is a lively topic for discussion. God forbid she talks to a man – in that case, she and her children will become pariahs. By becoming a second wife, a woman can get protection from all evil tongues,” Khamidova said.

Being a second wife, though, comes with its own set of social stigmas.

“For me, this concept is generally ambiguous,” Lola said. “I believe there can only be one wife. The other women are loved ones. Or whatever they want to call themselves. Some call us mistresses, others say we are kept women. Although I see nothing wrong in a man taking care of you.”

Before she married, Lola took care her of her daughter alone. She worked to support her own little family unit and periodically put aside some money for her parents. The father of her child had no interest in helping, she said. Lola’s new husband arranged an apartment, gave money and provided support for the children, both his own and that of the other man, she told Eurasianet.

So long as things go smoothly, most people involved are reasonably content. But if there is a hitch, Lola and other women like her have no protection under the law. Second marriages, sealed in the presence of an imam, are recognized only informally.

Polygamy in Tajikistan had a resurgence in popularity in the 1990s, in the wake of a grinding civil war that claimed the lives of countless thousands of male combatants. There is no reliable estimate for just how many men died in the fighting.

The practice is officially banned by law and is punishable by up to two years in a penal colony.

Authorities rarely pursue such prosecutions, though. With one exception: when the alleged offenders are people deemed undesirable by President Emomali Rahmon’s authoritarian regime.

When Zayd Saidov, a prosperous and well-connected businessman, began to get involved in opposition politics in 2003, he quickly drew the attention of law enforcement. Before too long, he was charged on multiple counts, including polygamy. The same offense has been weaponized against several other politicians.

There are often cases when the authorities or activists are forced to get involved in disputes breaking out within these multi-party marriages. Since in many situations, polygamous spouses live under the same roof or within a single apartment, proximity can breed tension and mutual contempt. Stories abound of fiery arguments breaking out between wives — a predicament that husbands will sometimes resolve by simply throwing their second wives out onto the street.

In one high-profile case that occurred in 2021, a first wife, Aziza Davlyatova, strangled a fellow wife, Madina Mamadzhanova, who died two months after the assault. According to investigators, Davlyatova had pleaded with her husband, Parviz Davlyatov, to end his second relationship, but he demurred.

Davlyatova was later sentenced to 10 years in prison, while her husband got a five-and-a-half-year sentence.

The dismal reality for many women in Tajikistan is that a polygamous marriage suits them, because they live in the certainty that even husbands in exclusive marriages can be unreliable.

Zarina, 35, said all she wanted out her marriage – to a man who already had a wife – was children.

“I didn’t expect anything from a man, because in Tajikistan it’s easy for men to run away from their responsibilities, to avoid paying alimony, to throw a woman onto the street, even if they get married officially. So I was looking for good genes for my children. I can provide for them myself,” said Zarina, who also spoke to Eurasianet on condition of anonymity.

In the years after getting wedded in an Islamic nikah marriage ritual, Zarina gave birth to two sons. Before long, as Zarina told Eurasianet, the man realized he was unable to devote himself fully to two families and drifted away to his first wife.

“I do not forbid the father of my children to see them. They have a good relationship, he helps us. And most importantly, I have wonderful children,” Zarina said.

Islamic conventions as observed in Tajikistan dictate that men should in times of need take on spouses who are widows, sick or older. In practice, though, the peer pressure is on men to take young brides. And having multiple young wives is deemed something of a status symbol.

The elevation of status for men comes with low stakes. The prospect of prosecution is remote and a second wife is easily disposable.

Khamidova, the lawyer, said one adequate response to this predicament would be for second marriages to somehow be enshrined in law.

“That way, a man with an income can provide his second wife with housing, and provide for both families equally. The alternative is for polygamy to persist, but without any rights for the second wife,” Khamidova said.