Asia-Plus says it has rejected requests from government agencies to place content. 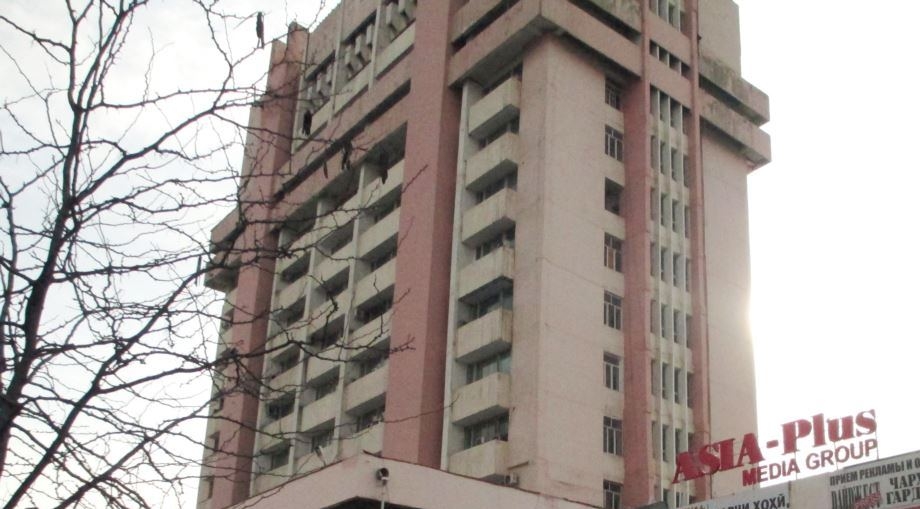 The GZhK building where Asia-Plus premises are located. (Photo: Asia-Plus)

Authorities in Tajikistan are piling more pressure on the country’s last remaining semi-independent and locally owned news outlet by evicting it from the premises out of which it has operated for two decades.

Asia-Plus media holding last month received a notice that it will be required to vacate two floors in the state-owned Newspaper and Magazine Complex, known as GZhK, by January. The space houses the publication’s editorial offices, where print, online and radio content are produced, as well as its advertising and accounting departments.

GZhK is run specifically by the presidential administration, which is in turn headed by President Emomali Rahmon’s daughter, Ozoda Rahmon.

The permanence of Asia-Plus’ presence has never been entirely certain. Despite its lease only being renewed on a yearly basis, the holding company last year ventured to implement a major overhaul of its offices – all effort that will now have proved in vain.

The space now occupied by Asia-Plus will instead be handed over to the Khovar state news agency, whose old premises are being demolished. But while Asia-Plus employs 100 staff, Khovar has only about 20 workers, raising questions about why the latter requires quite so much room.

GZhK management has advised the evicted media holding to relocate to the 13th floor of the same building.

Two years ago, around the same time, the Asia-Plus website on the .tj domain started to become inaccessible in what has widely been assumed to be an act of censorship by the state communications regulator. Officials deny that they are responsible for this block, but internet specialists are insistent that there is ample evidence they are dissembling.

Readers inside Tajikistan can now only access the website at the address asiaplustj.info by using VPN proxies.

Media holding publisher Umed Babakhanov argued in an article on November 29 that the likely cause for this act of censorship was that his company declined to run "low-quality propaganda materials that were periodically sent to the Asia-Plus editorial office by certain [state] structures."

Babakhanov does not spell this allegation out in any more detail, but it is probable that he is alluding to the State Committee for National Security, the successor agency to the KGB, which routinely directs journalistic coverage and often places entire pro-government articles in outlets outright.

“We are open for cooperation with the authorities and have been over the 25 years of our history, but at the same time we respect our profession and our readers. Therefore, we refrain from running such materials. Let everyone do their own thing,” Babakhanov wrote.