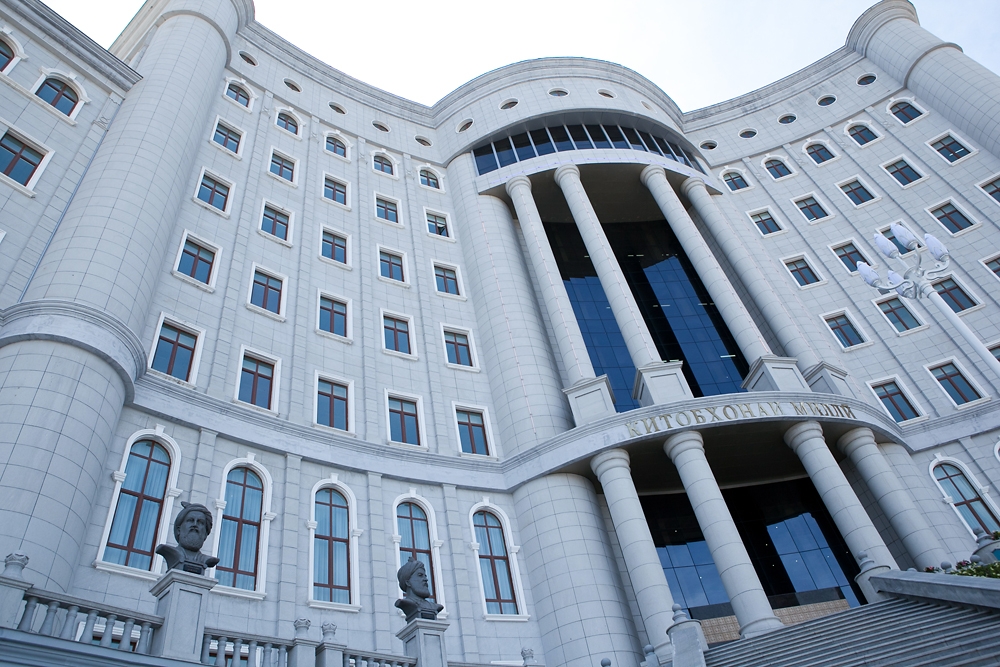 Tajikistan has a new multi-million-dollar library, but authorities appear to be taking ever-tighter control over what kind of ideas are welcome inside.

Last July, authorities in Tajikistan confiscated the only manuscript of a little-known novelist’s latest book. In what can only be described as an Orwellian sequence, after the manuscript was seized at a Dushanbe printing house, the author was hauled in for interrogation and asked questions like, “who ordered you to write this book?”

The author, Pulod Abuev, 69, later appealed to representatives of the feared State Committee for National Security (GKNB) to have his work returned to him. After some time, Abuev was told that a special committee at the state-run Academy of Sciences had reviewed his writings, including stories critical of Tajikistan’s widespread corruption, and decided it “offends the Tajik people.” The manuscript, thus, was not returned.

At a January 17 news conference, Abdulvokhid Shamolov of the Academy of Sciences, who conducted the review of Abuev’s work, said the author had expressed support for the theories of an unnamed “Uzbek scientist” who has denied the existence of the Tajik nation. “The Academy of Sciences and the National Security Committee [GKNB] have performed their duties – to ensure security in the country,” Shamolov said in comments carried by the Asia Plus news agency.

Abuev’s case has heightened fears among some in Dushanbe’s creative class that Tajik authorities are trying to stamp out any form of freethinking under the vague pretext of patriotism. Already self-censorship is widespread among journalists who face libel charges and death threats when tackling tricky subjects. Local observers say the chief enforcer of the government’s perceived “group-think” campaign is the GKNB, which is the recipient of training assistance from the American military.

Abuev believes he was labeled an agent of rival Uzbekistan simply for expressing forthright views about the present state of Tajik society. One of the short stories in the manuscript is a thinly disguised tale about a new toll road that profits relatives of the president’s family.

“I write about life, about labor migrants, about corruption and the hypocrisy of bureaucrats. Somebody has seen a threat to national security in my work. This is ridiculous,” Abuev told EurasiaNet.org.

The space for intellectual discourse is vanishing, according to celebrated playwright Barzu Abdurazzakov. He went on to assert that authorities are gagging literature that even the most zealous Soviet censor would have found unproblematic. “Take any classical play by Shakespeare or Chekhov, and the bureaucrats will immediately detect ‘a national security threat.’ If it keeps going this way, they will ban all of ancient literature and classical dramaturgy – since all those plays tell us about the tragedy of kings and their children,” Abdurazzakov told EurasiaNet.org. (Many of President Imomali Rakhmon’s relatives occupy senior government posts and other prominent positions).

Abdurazzakov, perhaps unsurprisingly in this atmosphere, says he is unable to find work these days in Tajikistan.

When a social critic happens to be a member of an ethnic minority, the personal attacks can get ugly, noted Temur Varky, a Tajik citizen from a minority background who operates an independent television station in Moscow that broadcasts to audiences in Tajikistan.

In several Facebook messages since June, one “Tamara Obidova” has called Varky “a traitor and liar with a family name alien to Tajiks.” Obidova wrote that Varky “is trying to split” Tajikistan, “the crowned nation of Asia.” She went on to compare Varky to Tamerlane, a folk villain in Tajikistan who is revered as a conquering hero in neighboring Uzbekistan.

In Tajikistan and Uzbekistan, as in many of the states that gained independence after the Soviet Union’s demise, attempts to define national identity often resort to “us versus them” tropes. Such unsophisticated nationalism enables officials to blame mysterious outside forces, dodge criticism and dilute responsibility for their own missteps. In the pro-government media, arguments about resources or borders often degenerate into disputes about historical rivalries dating back centuries.

Varky and several newspaper editors in Dushanbe who spoke on condition of anonymity believe “Tamara Obidova” and other, similar Internet trolls are working on behalf of the GKNB. (Similar allegations are common in Uzbekistan and Russia, too). Varky says his troubles with Obidova began soon after he announced his support for Zaid Saidov, an opposition politician arrested a few months before presidential elections last year. (Most independent observers believe the arrest was politically motivated -- designed to silence a reformist and potential rival to President Rakhmon, who ended up securing reelection).

Human Rights Watch noted that the November vote “lacked meaningful political competition.” Last month, Saidov was sentenced to 26 years in prison on a variety of charges after a closed trial that few believe was fair.

Ironically, Rakhmon scolded officials less than two years ago for not responding to criticism: He called criticism “a constructive phenomenon,” adding that it was “an important factor for development in society.”

That was then; these days those viewing the rich and the powerful with a critical eye often face a backlash. For example, Olga Tutubalina, the editor of the Asia Plus weekly, is being sued for an article she wrote last year criticizing members of government-funded creative and artistic unions as government sycophants. Tutubalina – a non-Tajik minority who was born in Dushanbe – has received racist hate mail charging she is trying to destroy the Tajik nation.

Meanwhile, authorities are working to define what is Tajik and what is not. Earlier this month, for instance, the Dushanbe mayor’s office announced it would begin monitoring music in taxis and on public buses to prevent passengers from listening to tunes that are “alien to national and universal human values.”