With this price hike on mobile online data, the cost of going online in Tajikistan compares with that in Western Europe. 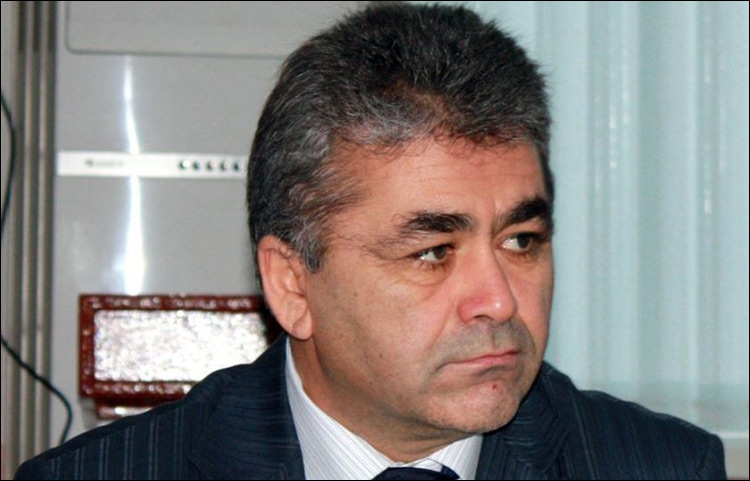 Straight in the net: Head of the telecommunications service, Beg Sabur. (Photo: RFE/RL)

The internet in Tajikistan is not just bad now — it is also becoming very expensive.

The state anti-monopoly agency announced this week that as of March 27, mobile telecommunication services providers will be able to sell online data for no less than 5 dirhams per megabyte.

Once sales tax and other surcharges are factored in, that will translate into a rate of more than $6.50 per gigabyte of traffic, up from the $3.40 minimum that mobile service providers are currently permitted to charge.

As Asia-Plus newspaper reported in its print edition, published on March 7, the March 4 diktat was justified by a curious interpretation of the law of supply and demand. The antimonopoly agency says that mobile operators will now be in a position to provide better online speeds.

Implicit in that argument is the notion that many users will simply no longer be able to go online as much as they do now, thereby freeing up bandwidth for those who can shoulder the expense.

In January, the deputy head of the telecommunications service, Ilhomjon Atoyev, insisted at a press conference that by the end of this month the internet would become faster and fall in price.

Price hikes look like another attempt to milk one of the few remaining cash cows in Tajikistan.

Also in January, the head of the tax committee, Nusratullo Davlatzoda, called publicly for a levy be slapped on voice calls made with messaging apps.

The treasury has lost significant revenue ever since people began refraining from making traditional international calls to keep in touch with relatives in favor of using alternatives like WhatsApp and Viber.

Those apps were of little use to people in rural areas, where mobile internet connections are usually too slow to support a voice call. That is where a technology called next-generation network, or NGN, came in. Subscribers with NGN accounts were able to use their internet connections to make calls from outside Tajikistan to landlines or mobile phones inside the country but pay only local rates.

Enforcement of that ruling was never properly pursued, however, so NGN is still available for use. But the antimonopoly service is now requiring NGN fees so high that it no longer makes financial sense to use the technology.

Expression of interest among tax officials in slapping levies on messaging apps would have been impractical, since Tajik telecommunications authorities are not known to possess the ability to determine how much data mobile phone users are expending on those functions. Hiking the price of using the internet across the board looks like a second-best solution.

These changes have sparked a noteworthy level of grumbling on social media, but few appear intent on going any further than that in registering discontent.

Likewise, an article published in local newspaper Faraj about the head of telecommunications service, a man called Beg Sabur — a relative by marriage of President Emomali Rahmon — seems to have elicited little more than a shrug of the shoulders.

As Faraj revealed, Tojiktelecom, the state-owned phone and internet services provider that operates under the aegis of the antimonopoly agency, has made space at its headquarters for the premises of private realty company, Komil 2010.

The company belongs to Sabur’s son, Siyovush Zuhurov. It is not permitted by law for the government to rent out its office space to private companies.

Faraj also reported that Sabur has an office in Komil 2010 and that he is personally involved in negotiating the sale of property out of there. A journalist for the newspaper even assumed the undercover guise of a prospective buyer and discussed a purchase with Sabur.

While Sabur and his relatives seem to be prospering, mobile service providers are bracing for losses from the anti-monopoly agency’s punitive tariff policy.

“All we have left do is to implement the decision, otherwise they will take away our license,” a source from one of those companies told Eurasianet on condition of anonymity. “Nobody will win from this. Older people will just get off the internet, and their kids will call [by phone] them from Russia. It will become several times more costly to do this.”