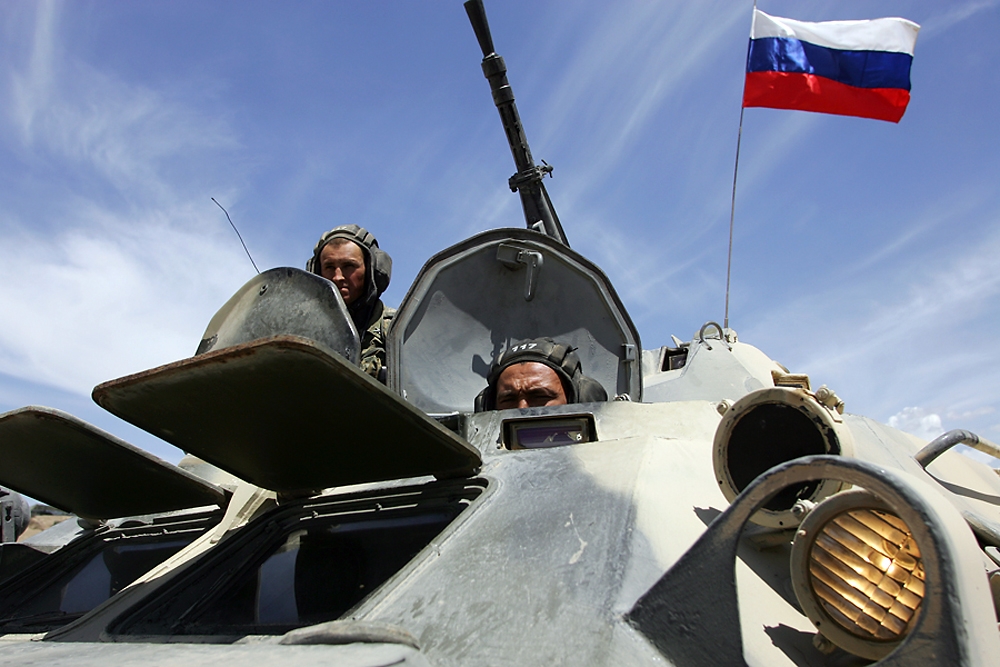 Hold the phone. … Or maybe, hold your fire. A military base lease extension, apparently agreed to by Russia and Tajikistan last autumn, seems like it may not be a done deal.

Last October, Russian leader Vladimir Putin visited Dushanbe, ostensibly to participate in 60th birthday celebrations for Tajik President Imomali Rahmon. When Putin departed, Russian and Tajik officials had agreed to prolong the lease for a Russian military base in Tajikistan, rent free, until 2042.

Fast forward six months, and the base lease extension still hasn’t been ratified by the Tajik legislature, despite major concessions by the Kremlin. In February 2013, a commentary published in the Russian daily Kommersant noted that Moscow had implemented its two key obligations set forth by Tajikistan: it gave privileges to Tajik labor migrants and abolished duties on oil products. Tajikistan imports about 95 percent of oil and gas from Russia, and the country does not have significant alternative sources of supply.

The Kommersant commentary speculated that Dushanbe is now wrangling for guaranteed investments for its hydropower sector from Moscow, as well as funding to modernize its armed forces. “Tajikistan has also expressed a desire for Moscow to allocate more than $200 million for rearmament of the Tajik army, reminding [officials] that the Russian Federation promised about $1 billion to Kyrgyzstan for similar purposes”. Russian and Tajik officials stress that there is no problem with the agreement. “The agreements signed in October, 2012, have judicial power, and they will be implemented,” the Russian ambassador in Dushanbe, Yuri Popov, told EurasiaNet.org. Popov went on to describe the Kommersant commentary as “way too “alarmist,” adding that “the implementation of these agreements – particularly regarding investments in the hydropower sector – moves in groove.”

Saifullo Safarov, the deputy director of the Tajik President’s Strategic Research Center called Kommersant’s reporters “fairytale tellers,” insisting that the agreements are on track and will be ratified in due course. “Two presidents have signed the agreement on the military base, which means that it will be ratified,” Safarov told EurasiaNet.org. “Last year, the parties discussed a number of other issues, mainly economic ones, and mainly within the framework of memoranda and intentions. Time and efforts of both parties are needed for proper implementation of these intentions.”

While many analysts in Dushanbe also believe the agreement will eventually be finalized, the longer the process drags on, the greater the risk that something can go wrong and Dushanbe’s bargaining tactics can backfire on Rahmon. Saimiddin Dustov, head of the Dushanbe-based think-tank Indem, suggested that the Kommersant commentary is an indicator that the Kremlin’s patience is starting to wear thin. “The publication in Kommersant is a clear signal for the Tajik authorities, implying the irritation of the Kremlin caused by delays,” Dustov said. “The longer is the delay [by the Tajik side], the stronger is the irritation.”

Even at the present time, Dustov suggested that Rahmon is playing with fire, given that there is a presidential election scheduled for Tajikistan in the autumn of this year. Rahmon currently faces no substantial opposition to his reelection, but the Tajik political landscape has been hit by a few tremors in recent years, and an election could provide an opportunity for Kremlin meddling.

Rashid Abdullo, an independent Tajik political expert, shared Dustov’s view that Rahmon might be pushing his luck. “It would be disadvantageous for [Tajik] authorities to breach the interstate agreement on the eve of the elections,” Abdullo said.

While the consensus among experts and policymakers may be that it is best for Dushanbe to have Russian troops around, the opinion is far from unanimous. Prior to Putin’s visit last fall, the Tajik media was full of discussion about Dushanbe’s best foreign policy interests. Some experts noted that the Tajik Foreign Ministry seemed intent on boosting ties with the United States, a move that would be sure to vex Moscow. Others said the strong strategic ties with Russia should be maintained, but that the Kremlin should pay fair market value to keep Russian troops in Tajikistan.

Russia-based experts, meanwhile, say there are potentially high hidden costs to delaying the border agreement. Andronik Derenikyan, an expert at the Moscow-based Association of Border Cooperation, noted that elements bent on keeping the region unstable can take advantage of the agreement delay. “The Russian military presence in the region is vitally important for both Russia and Tajikistan,” Derenikyan said. “The region faces numerous threats, among which are Islamist radicalization and geopolitical ambitions of strong powers interested in destabilization and even dissolution of certain countries.”