Presidents of the two countries had been due to meet at the spot. 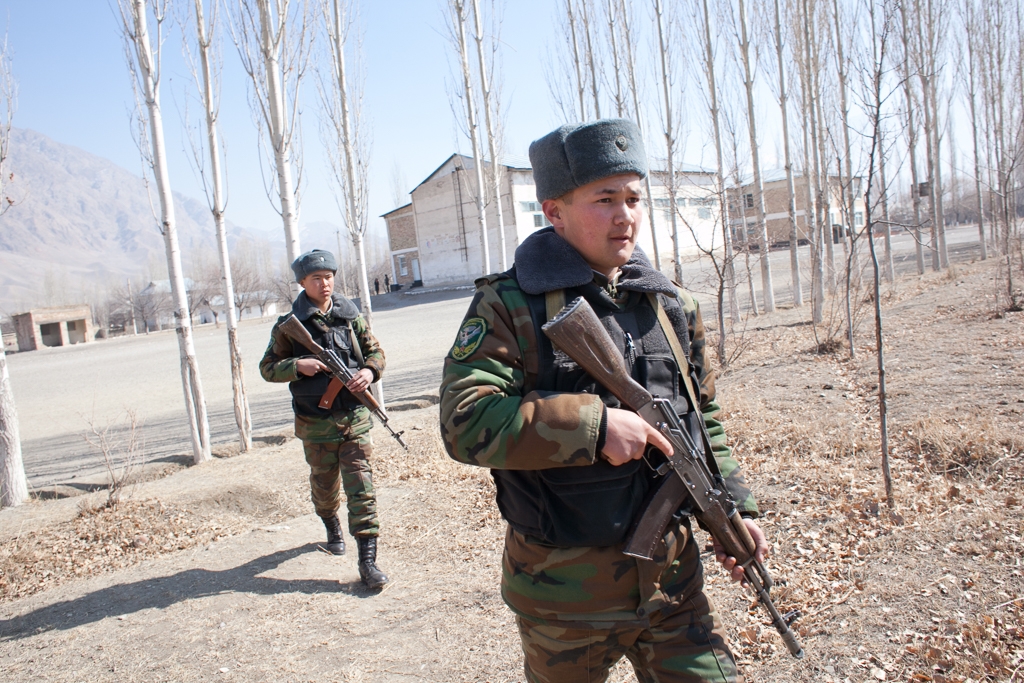 Just days before the presidents of Kyrgyzstan and Tajikistan were to meet for bridge-building talks at a conflict-prone border crossing, a clash has broken out among local residents in which at least one person was killed.

There are rival accounts about what sparked the fighting on the afternoon of July 22.

Kyrgyz news website 24.kg cited border officials as saying that trouble began when citizens of Tajikistan attempted to erect a flagpole in an unmarked section of the border. An official source told the website that several people, including a soldier and police officer, were injured in the standoff, which saw residents take up firearms and pelt one another with rocks.

Dushanbe-based outlet Asia-Plus, meanwhile, cited its own informants as saying that the clash began when people on the Kyrgyz side sought to erect a roadside sign bearing the name of an adjacent village on Tajik territory.

Asia-Plus reported that a resident of the Tajik enclave of Vorukh died from injuries sustained in the fighting. Another three people, including a police officer, are reportedly being treated in the hospital for serious injuries.

Both the alleged acts of provocation were apparently undertaken in preparation for the upcoming visit of Tajik President Emomali Rahmon and his Kyrgyz opposite, Sooronbai Jeenbekov. Rahmon had been due to arrive in the area later this week at the end of a visit to the Sughd region, in the north of Tajikistan.

Optimism had been running high that this encounter could lead to a breakthrough in finally resolving a long-standing border dispute.

Earlier this month, Jeenbekov claimed that much progress had been made during negotiations between the two governments.

“Productive talks [on demarcation of the Tajik-Kyrgyz border] are taking place in Tajikistan. During my official visit to Tajikistan [on February 1-2], President Emomali Rahmon and I arrived upon a shared opinion and shared goals,” Jeenbekov said.

Although in formal terms the disagreement stems from failure to agree on how to draw the border, conflict at the local level is typically of a far more material nature. Communities that lived amicably in Soviet times, now bicker bitterly over access to water, roads and farming land.

Disagreement on how to share these resources very regularly spills over into violence. At the national level, government often struggle to fully understand the predicament of communities at the ground level, further complicating the likelihood of a long-lasting solution.