The leaders met near a place that was roiled by violence just a few days ago. 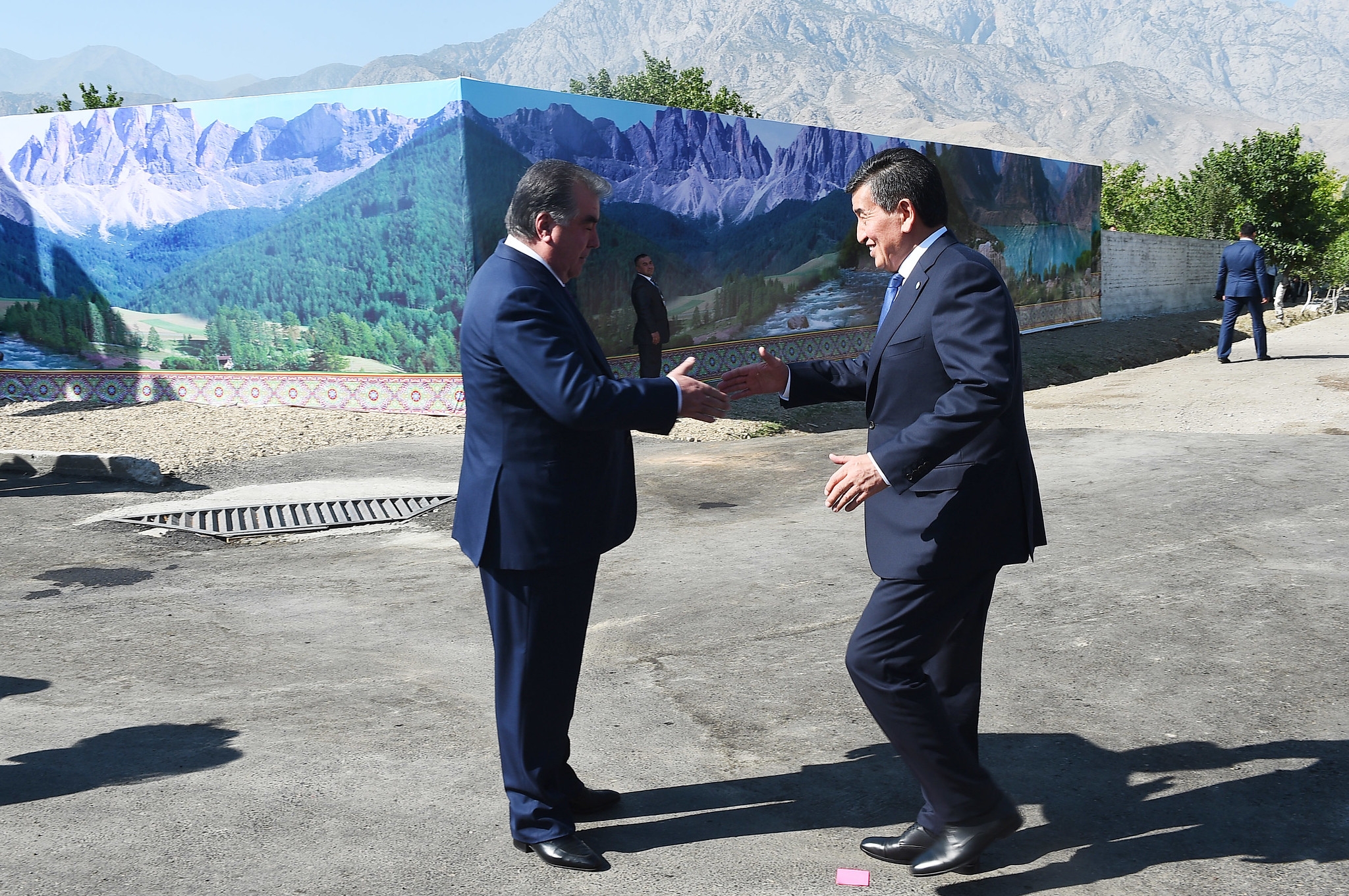 The leaders of Kyrgyzstan and Tajikistan met on July 26 near the site of a bitterly contested border area that was the scene of deadly clashes earlier in the week.

Kyrgyz President Sooronbai Jeenbekov crossed the border into Tajikistan, to the town of Isfara, to meet with his counterpart, Emomali Rahmon. Later in the day, Rahmon traveled by plane to Kyrgyzstan to continue talks.

The purpose of this encounter is to finally reach a territorial demarcation agreement that might put an end to recurrent hostilities among border communities vying for access to land and water.

The most recent days-long bout of fighting erupted on July 22 between residents of Ak-Sai, in Kyrgyzstan, and the fertile Tajik enclave of Vorukh. There are conflicting claims as to what or who precipitated that unrest, which left dozens needing hospitalization and one Tajik dead.

Bishkek-based news website Kaktus reported that almost 700 people had to be evacuated from Ak-Sai because of the fighting.

While in Isfara, Jeenbekov alluded to that episode.

“Sadly, there was an incident on our border recently. We must jointly and objectively take concrete measures to avoid similar situations in future. We urge more dynamism and progress in negotiations,” he said.

The Kyrgyz leader then called on the people of Ak-Sai “not to be swayed by provocateurs.”

“Conflicts only bring harm. We shall be patient and restrained. We will resolve all issues, we just need time. For the sake of our children and the future of our nation, we must preserve peace and tranquillity,” Jeenbekov said.

Rahmon spoke in a similar vein, blaming all the problems on “provocateurs.”

The Tajik presidential website said that both governments had committed in future to work with local communities to explain the need for peaceful coexistence.

In the second half of the day, Rahmon reciprocated the visit, flying to Cholpon-Ata, a city on the northern shores of Kyrgyzstan’s Issyk-Kul lake. Further talks on bilateral cooperation and border demarcation will take place in Cholpon-Ata on July 27.