Exchanges of gunfire raged for more than an hour. 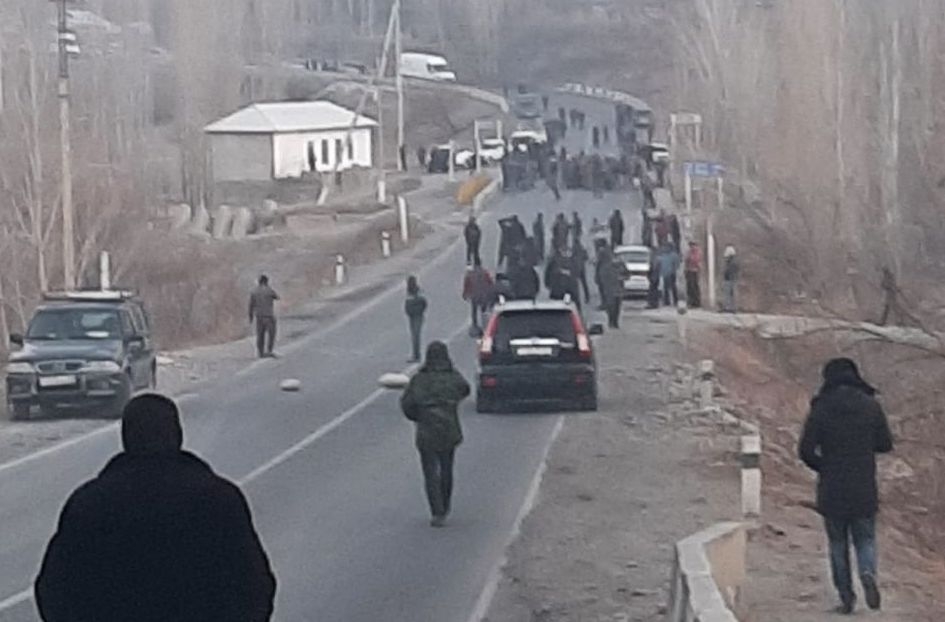 Border troops from Kyrgyzstan and Tajikistan engaged in a prolonged gun battle on January 27 in a clash that is alleged to have been triggered by Tajik troops blocking a strategic Kyrgyz highway running along the frontier.

One bout of gunfire lasted at least an hour, according to one Eurasianet source in the Kyrgyz armed forces. As of 9:30 p.m. Bishkek-time, civilians in Tajikistan were still reporting hearing sustained gunfire.

Kyrgyz officials said skirmishes were concentrated around the Kyrgyz villages of Tort-Kocho and Chir-Dobo. Tajik troops used mortars and grenade launchers, they said.

The Tajik border said in a statement that the troubled began when around 50 residents of a Kyrgyz village barred the way of Tajik motorist transporting building material. The Tajik border service says a meeting of local officials was appointed to negotiate a way out of any potential hostilities.

“The Kyrgyz side, however, did not turn up for the meeting. Instead, at about 6:10 p.m. local time, Kyrgyz border guards, who had taken up firing positions … used small arms to open fire on Tajik civilians,” the border service said in its statement.

Tajik officials said it was Kyrgyz troops who had deployed mortar fire. They also said they had recorded instances of unmanned aerial vehicles being flown over Tajik territory without authorization.

The crossroads where the fighting has been happening are viewed as deeply strategic by both countries. The north-south road joins the mainland of Tajikistan to a densely populated enclave called Vorukh. The east-west road runs from Batken, the capital of the eponymous Kyrgyz province, to a large town, Isfana. Failure to clearly demarcate the border has led to hundreds of clashes in the areas between communities and state troops over the decades. 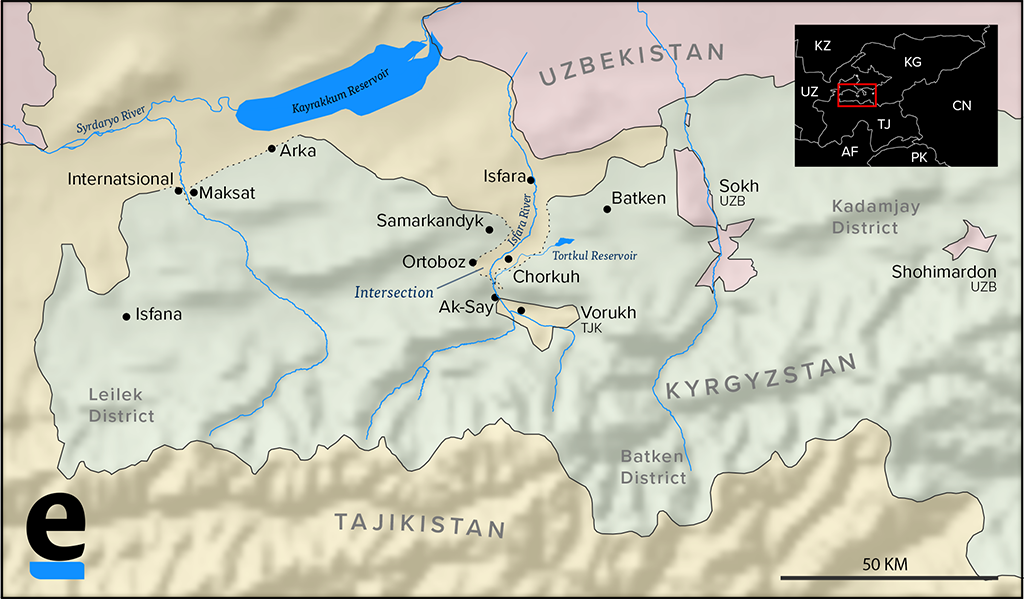 Berdibek Makambayev, a resident of the village of Ortoboz, in Kyrgyzstan’s Batken region, said he was at the crossroads shortly after the incident that appears to have set off the entire chain of events.

“When it started getting dark, people heard shouting coming from the road that runs to Isfana. When I got there, I saw a crowd. There were shards of glass from a car strewn along the road. It happened near the crossroads the Tajiks use to go to their enclave,” he said.

Makambayev said that the vehicle with the smashed glass was carrying Tajik passengers and had stopped at the crossroads, thereby provoking nearby Kyrgyz residents.

“When they left, Tajik border guards arrived and blocked the Batken-Isfana road. Then Kyrgyz border guards came and it seemed to us that the conflict had been settled. But toward eight o’clock, the Tajiks opened fire, and our guys began shooting back,” Makambayev said.

Maruf Tullayev, the deputy plenipotentiary representative to the president for Batken province, claimed to reporters that Tajiks were poised to start working on a bridge and that this had angered the local Kyrgyz population.

A Eurasianet source in the Kyrgyz State Committee for National Security, or GKNB, said that troops had been wounded in the skirmishes. He said that he was not able to provide exact figures. Tajik media cited its sources as saying at least three Tajik servicemen had been taken to the hospital for treatment.

Locals in the village of Ortoboz told Eurasianet that electrical cables were damaged during the fighting leaving residents in a handful of villages without power.

Dushanbe-based news outlet Asia-Plus said that women and children were being evacuated from Somoniyon, a Tajik village adjacent to where the shooting was taking place.

“First, the Kyrgyz military began to shoot, and in response, the Tajik military opened fire, and a shootout began. There are some wounded people, but the exact number is not known,” one Somoniyon resident told Asia-Plus on condition of anonymity.

Residents of Isfara, not to be confused with Isfana, the largest town in the Tajik district north of the Vorukh crossroads, told Eurasianet that heavy armored vehicles were directed to Chorkuh, another Tajik town that abuts the border.