Tajikistan: Labor Migrants Play for Pride in Own Football League 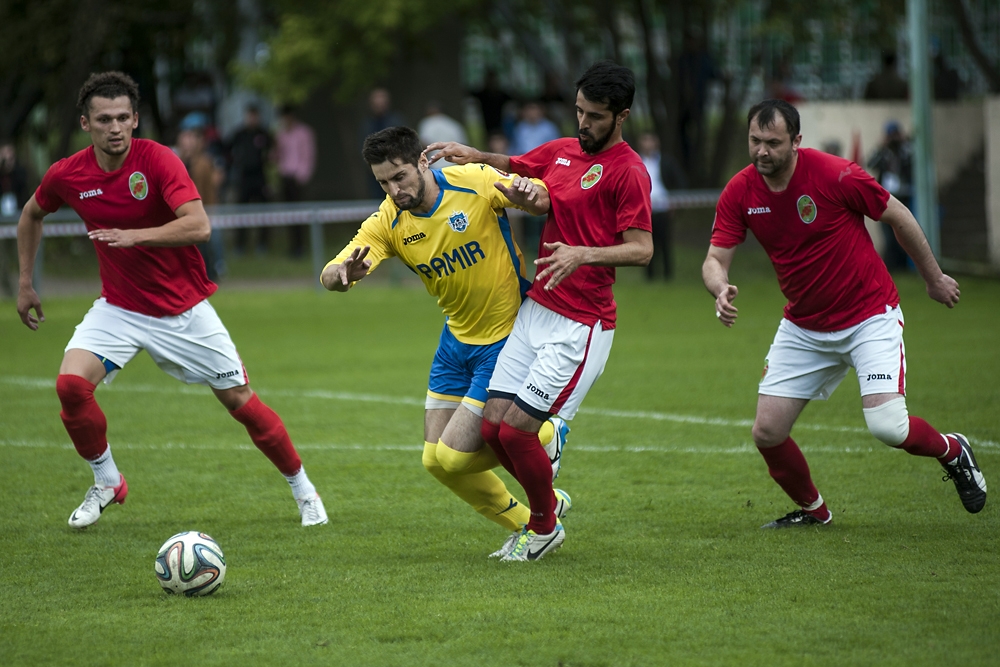 A player with the Roof of the World team shakes off three players with Alamut during the final of the tournament in Moscow. 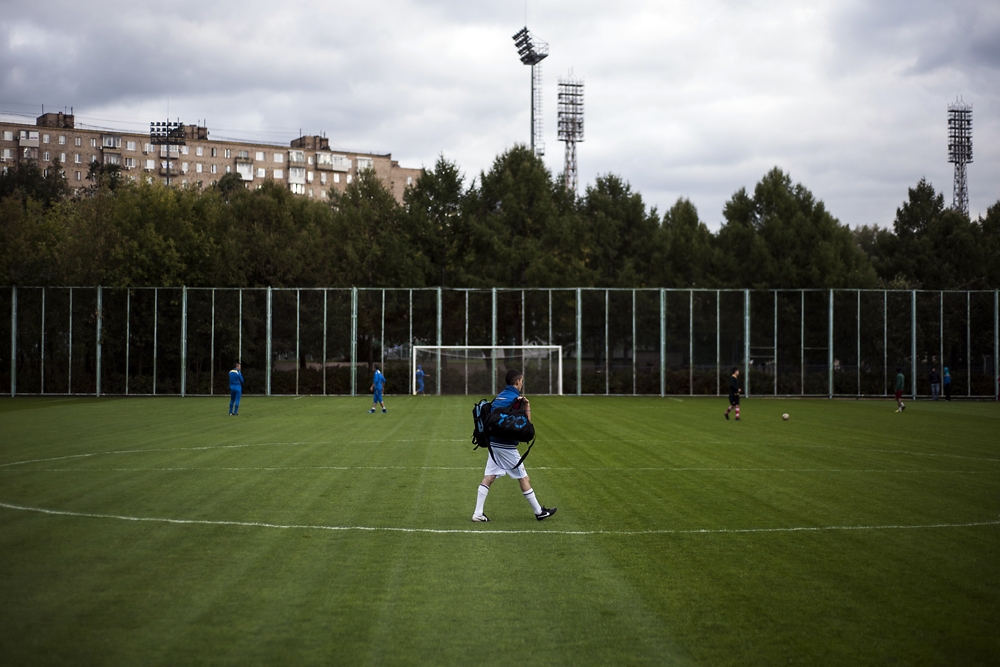 Players arrive for the warm up before a semifinal game in the tournament with 16 teams of Tajik migrants. 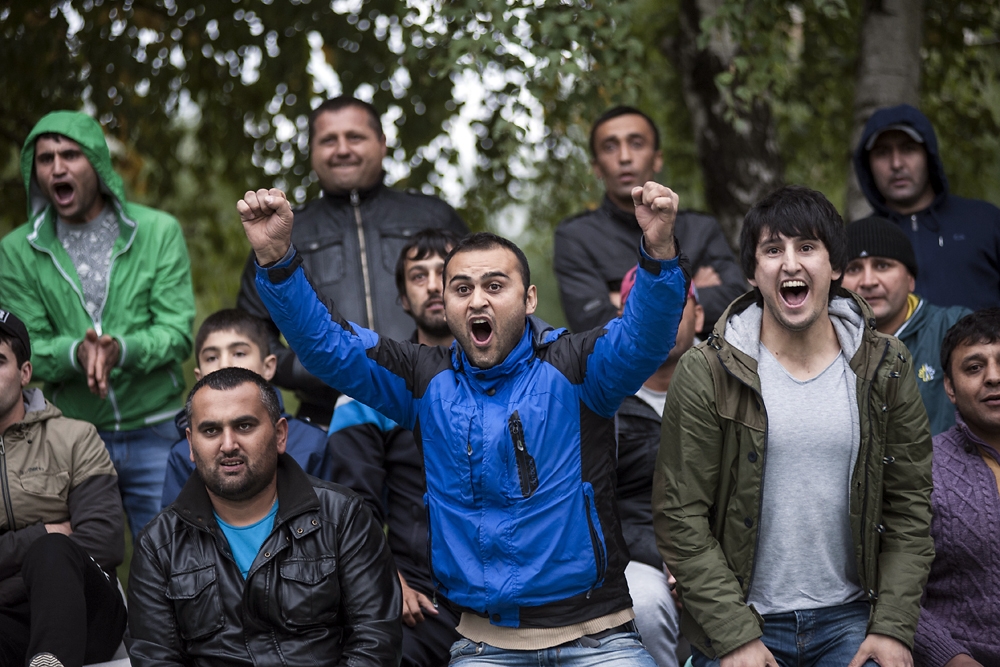 Fans cheer for their team during a semifinal game at Torpedo Stadium. 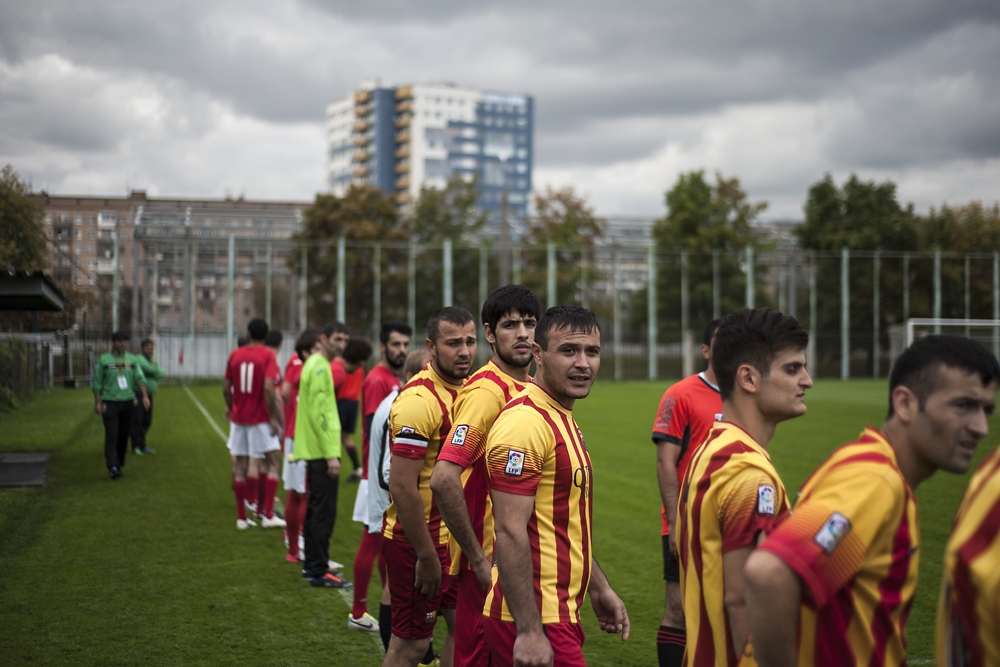 Team members of Alamut and Shonosir line up before their semifinal game, which Alamut won. 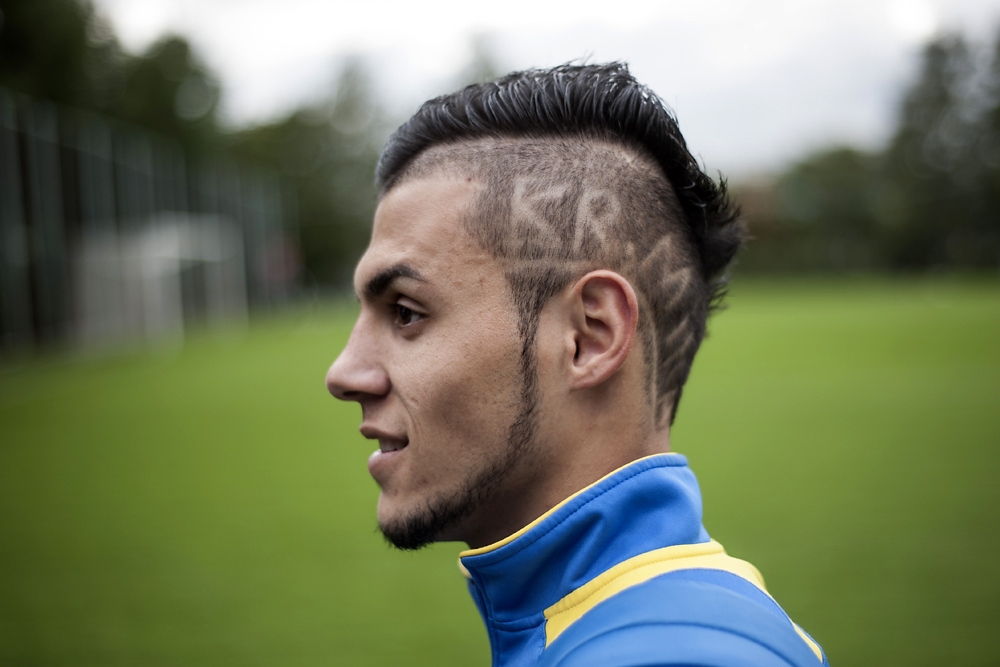 Mukhamajon Saidashurov, a player with the Roof of the World team (Krisha Mira), has the name of his team shaved into his hair. 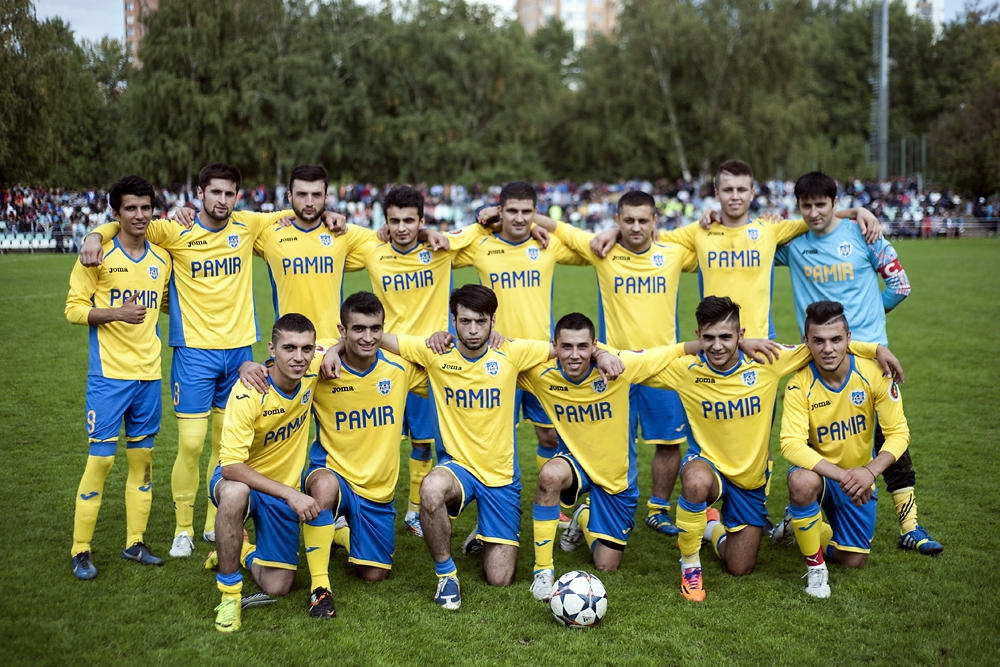 The Roof of the World team poses for photos after winning the tournament for the third year in a row. 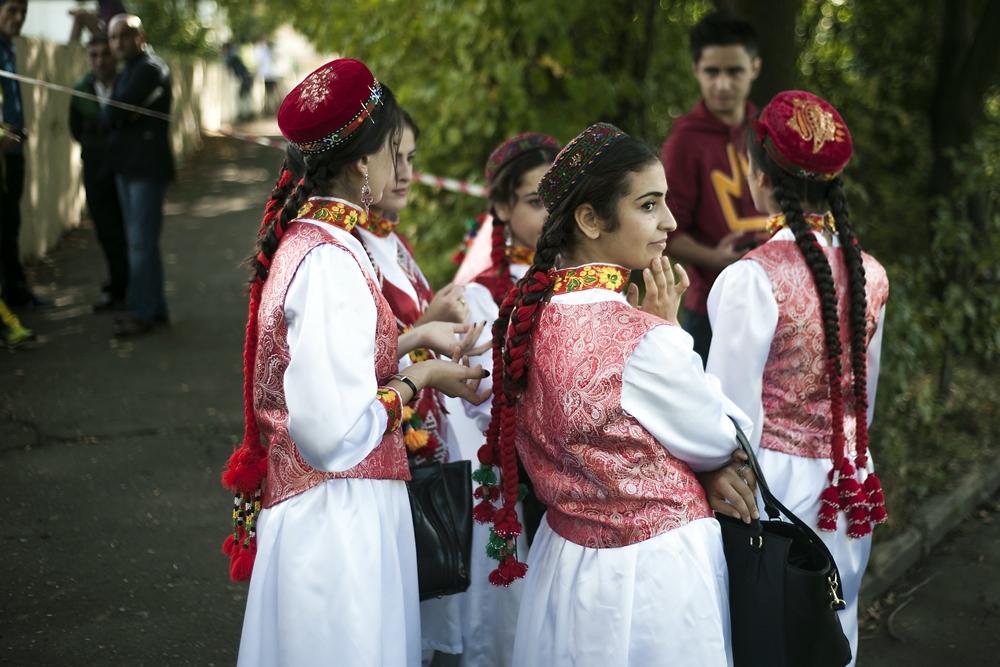 Tajik girls dress in traditional costumes during the tournament. 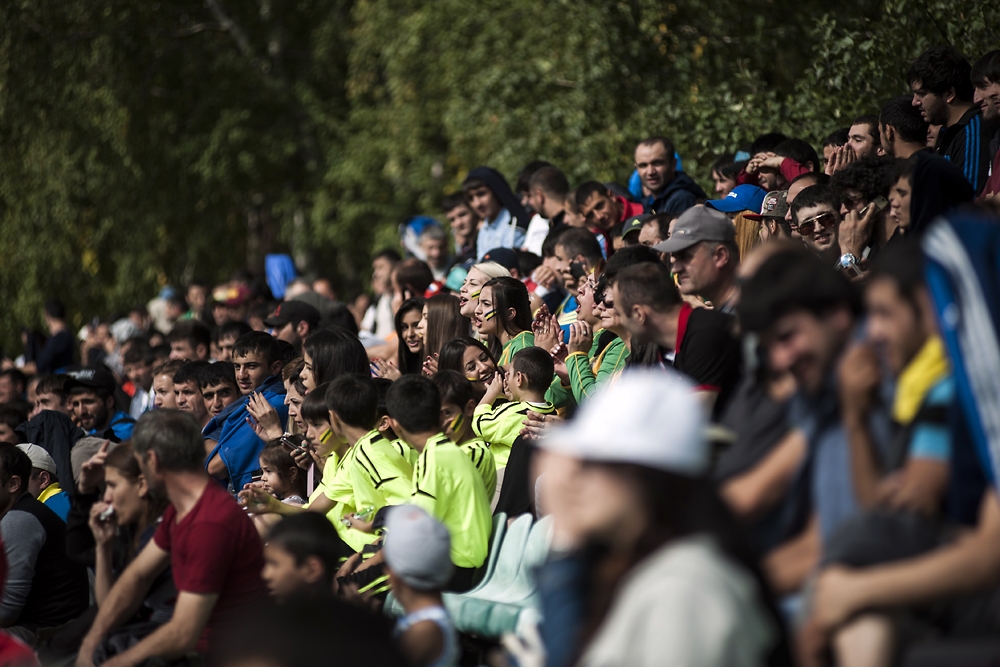 Around 700 fans pack the stadium seats for the final. 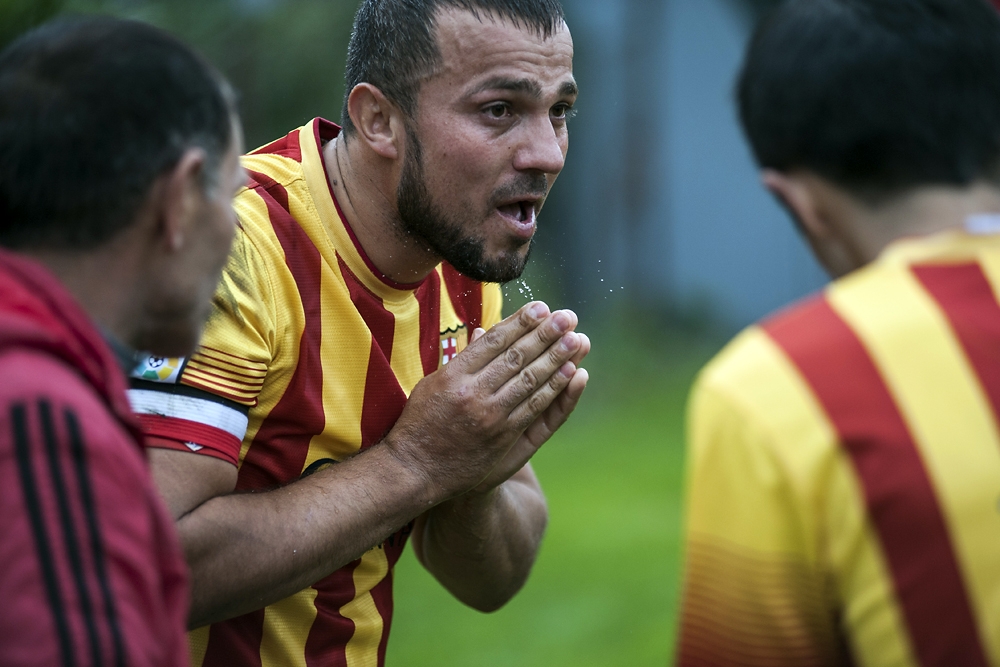 A player with Shonosir talks with teammates during a break in the game. 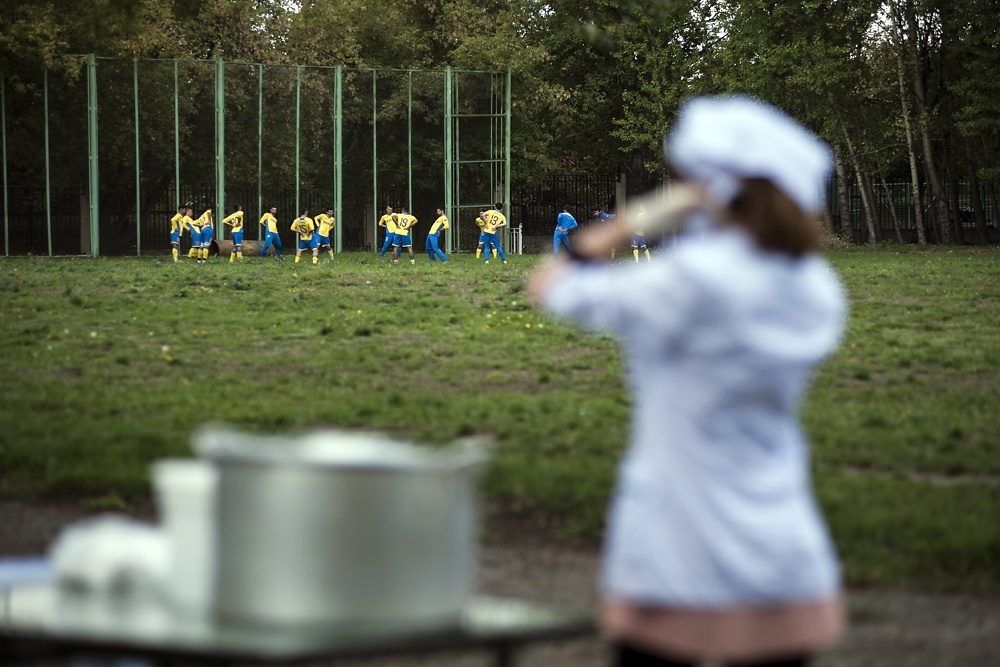 Players with the Roof of the World team warm up before the final. 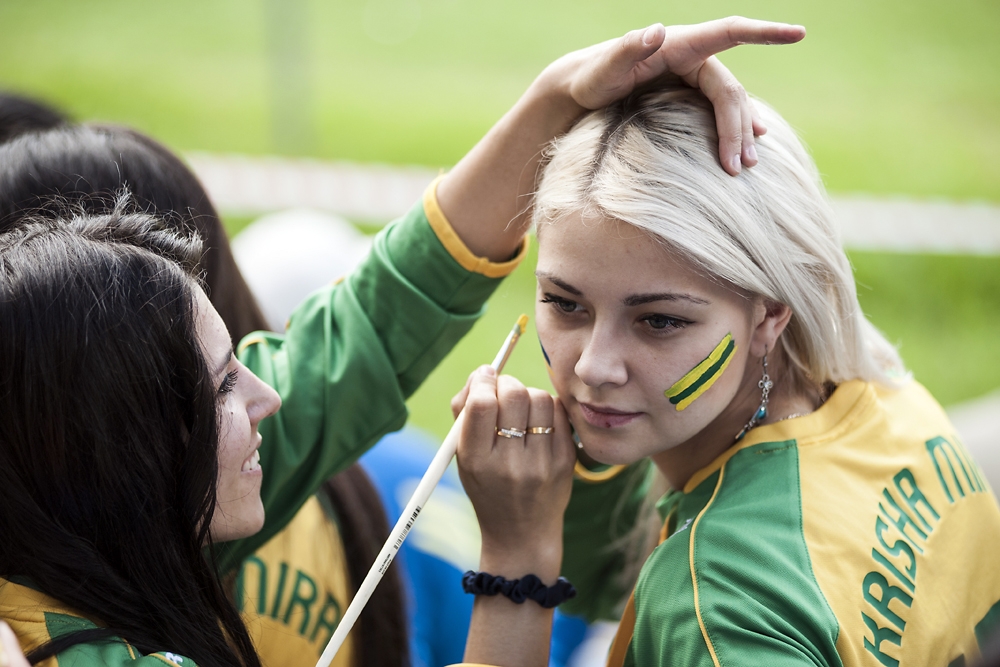 Fans wear team jerseys and paint their faces in team colors before the final. 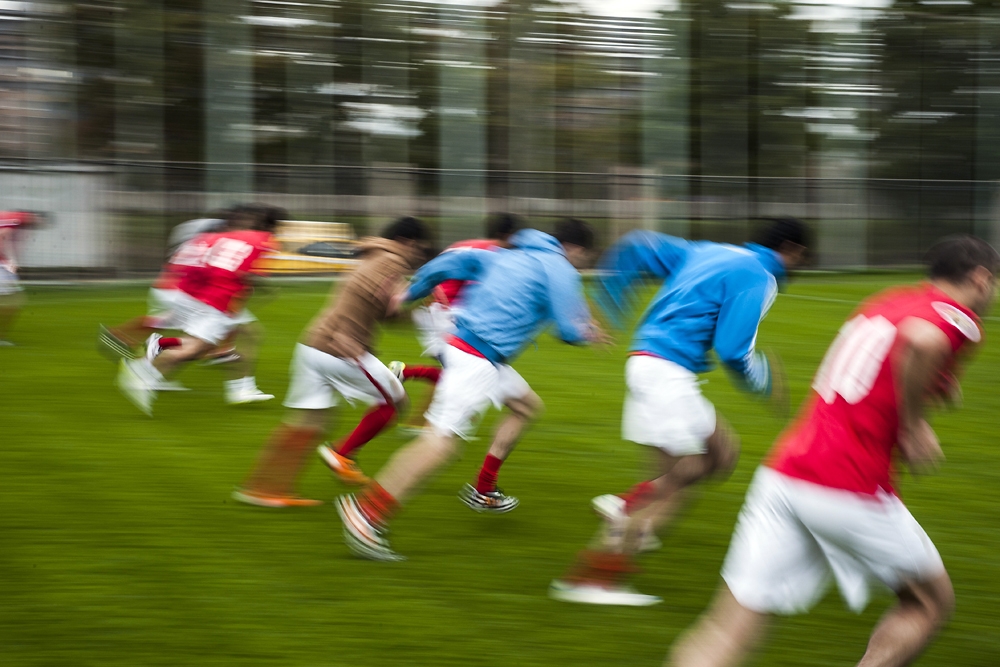 Alamut players warm up before their semifinal game. 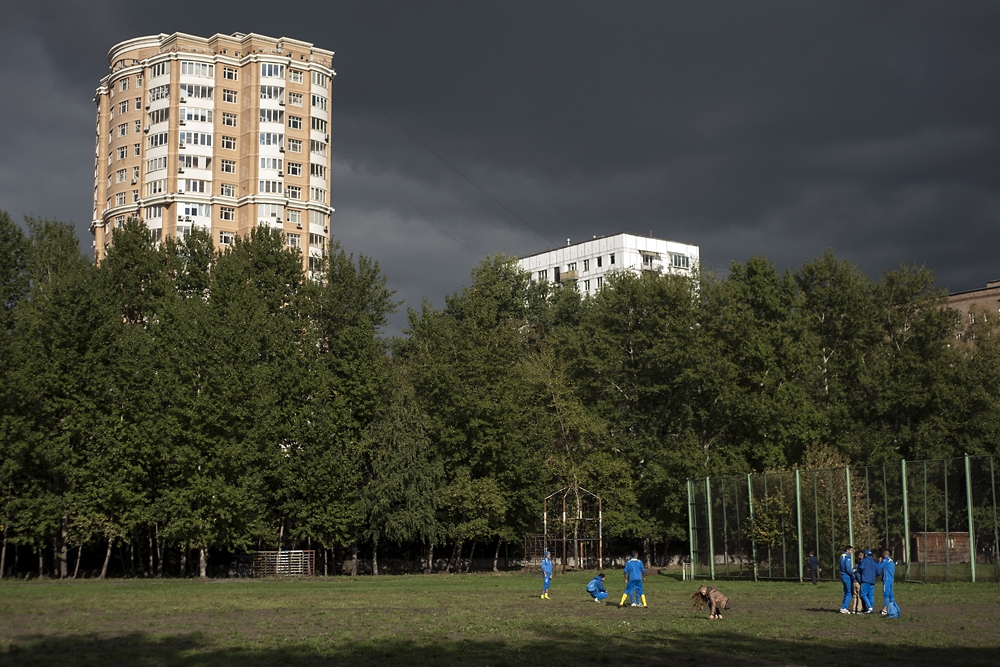 Storm clouds drift across Moscow as players with the Roof of the World team warm up. 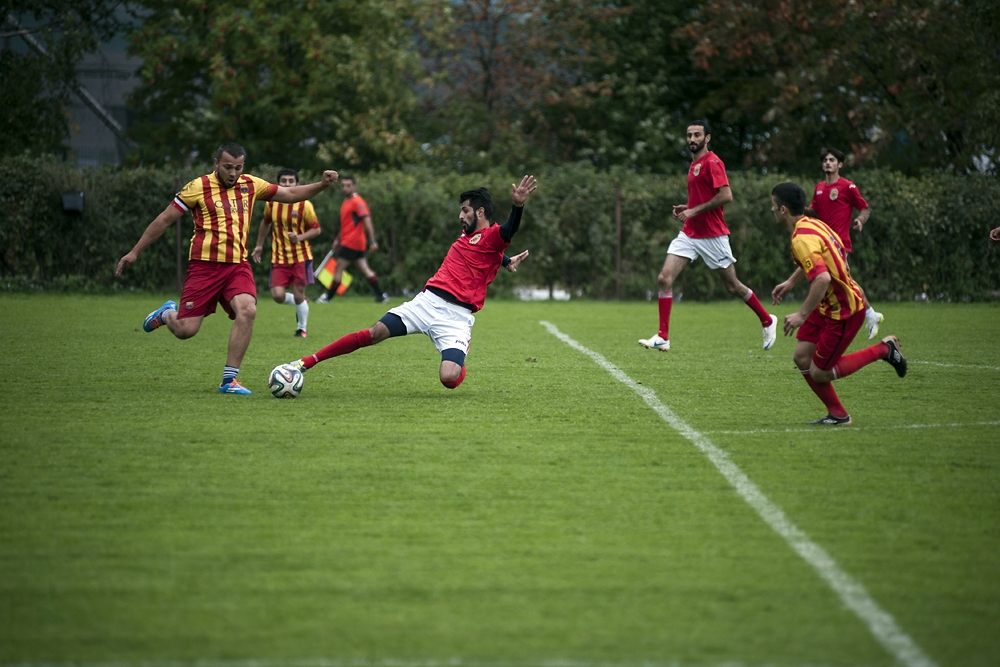 Shonosir and Alamut meet in a semifinal. 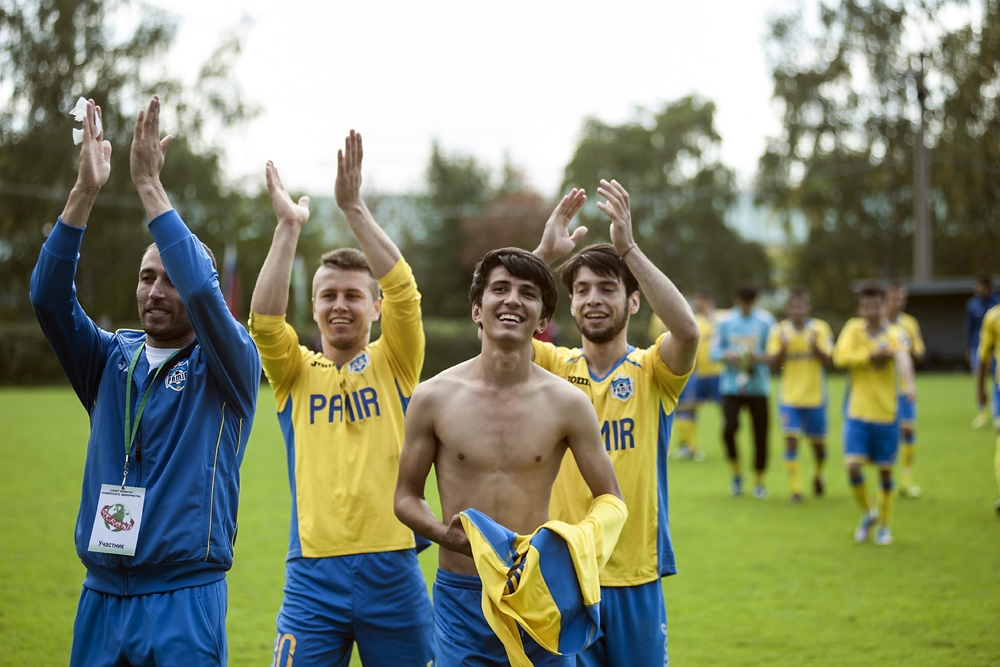 Players with the Roof of the World team clap for their fans after winning the final.
prev
next

It’s not all work and no play for a group of Tajik labor migrants living in Moscow. Thanks to the efforts of an enterprising expat, labor migrants have their own thriving, 16-team football league.

The mastermind behind the league is Anzor Nazarkhudoev, who left Tajikistan’s Pamir region for Russia over a decade ago. He settled in Moscow, scratching out an existence as a laborer. Over time, however, he managed to save some money and open a small business that sells goods at a Moscow market. Throughout his time in Moscow he remained in close contact with other Tajiks from the Pamirs, so much so that he’s now considered the unofficial “mayor” of the Pamiri community in the Russian capital. The idea to form a football league comprising teams of mainly Pamiri Tajiks came to him five years ago.

In putting together the league, Nazarkhudoev was motivated in part by his own experience. He was a decent player as a young man in Tajikistan, when a civil war erupted in the country in 1992. The fighting lasted over five years, putting an end to Nazarkhudoev’s football-playing days. “When the war was over, and order was restored, my youth had already passed   by,” he said. He doesn’t want the current generation of young Tajiks to miss out on good times, like he did.

“There is a lack of places where our young [Tajik] compatriots] can meet.  So, the idea about a [football league] came to my mind, Nazarkhudoev said. “The guys [labor migrants]… just work and work every day. … In order to bring some color to their gray everyday lives, they can play football.”

The league comprises 16 teams, with each paying an entry fee of 10,000 rubles (roughly $266). Each team plays every other team in the league twice during the season, followed by a playoff round among the top teams to determine the champion. By far the biggest operating expense for each team is the stadium rental fee for games, a cost of about 1.3 million rubles (over $34,000). With more than 1.1 million Tajiks believed to be working in Russia these days, many of them in Moscow, there’s no problem with filling team rosters.  Far more guest workers want to play than there are spots available.

“When I first came with the idea of a [football league] years ago, I was laughed at. I was told that people came here to work, and they did not have a spare minute to play,” Nazarkhudoev said.  “Now we have plenty of those who wish to play.”

Pamiri labor migrants and expats tend to stick together in Moscow. According to Nazarkhudoev, each member of the Moscow community voluntarily contributes between 1,000-1,500 rubles per year to a general fund that is used to assist individuals in need, as well as finance group activities. A portion of the funds is used to support the football league and other athletic activities. The football league also receives a grant from the Aga Khan Foundation, Nazarkhudoev said.

The quality of play in the league is competitive. Some players quietly harbor aspirations of being “discovered” and signing a contract with a professional team in Russia. One such player is 24-year-old Gulzor Buttabekov, who has already been in Russia for seven years. Back in Tajikistan, Buttabekov played professionally, including a stint with one of the country’s top clubs, Istiklol.

“There are many more opportunities in Russia,” he said, referring to his professional prospects. “There aren’t so many experienced coaches and training facilities back in my country, like here in Russia. That is the reason why I came here -- just to play football, and learn from good coaches.”

He remains cautiously optimistic that he can find a Russian club willing to sign him. “If I fail, I will just work, make an ordinary career. We’ll see,” he said.

Other players offer more sober assessments about the league and its players. “There are some  guys who are interested in professional clubs, but due to the lack of Russian citizenship, they can’t play for them [Russian teams],’ said Anzor, a player who declined to give his last name. “We [Pamiri Tajiks] are not attractive to anyone here in Russia as [professional] players.”