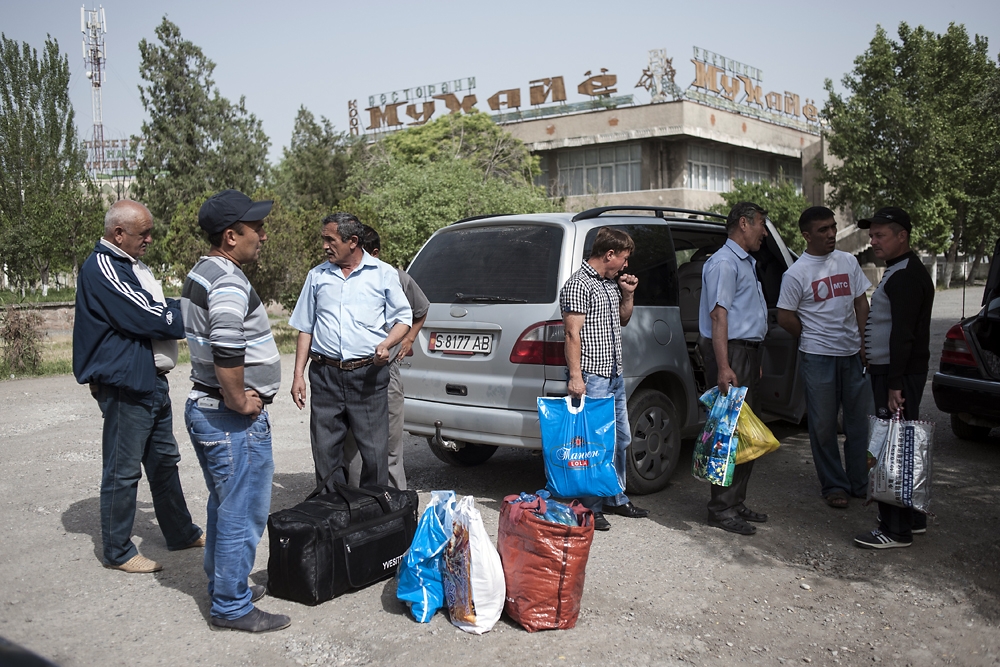 More than one million Tajik migrants work in Russia, some as seasonable laborers, some long-term. (Photo: Konstantin Salomatin)

Child-rights advocates are questioning Tajikistan’s decision to identify orphans of Tajik migrants in Russia and arrange for their return to Tajik state institutions. Though the level of institutional care in both Russia and Tajikistan is low, these advocates say, the children would still most likely be better off remaining in Russia.

On May 15, Tajik authorities repatriated three children – aged two and three years – who were being housed in Russian state-run orphanages. The transfer was initiated at the Tajik Embassy’s request; over the past two years, 20 children have been brought back to Tajikistan in this way, according to the Tajik Embassy in Russia. Over one million Tajik migrants work in Russia, some as seasona laborers, some long-term.

“Our policy is not to leave our children wherever they are, no matter what conditions we have [in Tajikistan],” Muhammad Egamzod, the first secretary at the Tajik Embassy in Moscow, told EurasiaNet.org.

“Parents of some of them [orphans] are in jail, others were abandoned by their [unwed] mothers who feared family back home would find out about the child. We also tried to contact their relatives, but they refused to accept the children. So we decided to send them to Tajikistan,” Egamzod added. The diplomat said the repatriated children had no citizenship yet; it is unclear if they were eligible, as most were born without proper documentation.

Some child-rights activists believe the orphans would enjoy a better quality of life in Russia because Tajikistan – which has 3,500 orphans, according to official figures – offers fewer benefits. Under Tajik law, there are provisions for their education and employment, but orphans, once they turn 18, are released from state institutions and are left to face the world largely on their own. Russian law promises orphans their own apartments when they reach adulthood.

Egamzod at the Tajik Embassy says Russia already has enough orphans, about 650,000, and cannot offer all of them adequate care. “That’s why children should be sent back to their home country,” he said.

Sherali Rahmatulloev, head of the Ministry of Health and Social Protection’s Mother and Child Center, said that when in 2012 nine orphans were sent to Tajikistan, the Ministry met them at the airplane. He added the children were sent to the best orphanages in Dushanbe. “As far as I know, eight of them were adopted. One has not been adopted, because he was sick,” Rahmatulloev said, adding that about 200 children are adopted every year in Tajikistan. “I think returning these children to Tajikistan is the right thing. Here they will really be taken care of,” noted Rahmatulloev.

Repeated attempts to obtain comment from Russian officials concerning the transfer of orphans back to Tajikistan were unsuccessful. Russia’s Health Ministry and Social Development Ministry referred all questions to the Education Ministry, and a representative there told EursaiaNet.org that questions must be addressed to its branch offices in all 85 of Russia’s administrative units. An Education Ministry representative also said it does not keep statistics on the number of children born to foreign nationals in its orphanages.

Back in Dushanbe, sociologist Saimiddin Dustov said that the number of orphans in Tajikistan is increasing, taxing an already overburdened institutional system. Transferring the children to impoverished Tajikistan is bad policy because Russia offers orphans more privileges than any other post-Soviet country, he asserted.

Hikmatulloh Saifullohzoda, spokesman for the opposition Islamic Revival Party of Tajikistan, agreed, noting that he did not see any good prospects for orphans in Tajikistan. “Of course, they would be far from the [Tajik] national culture and would have lost their language [had they stayed in Russia]. But their life would be much better, they’d have a job and a place to live [in Russia],” said Saifullohzoda.