A charismatic, handicapped singer has gone viral, triggering appearances with Russian superstars and a member of the ruling family. 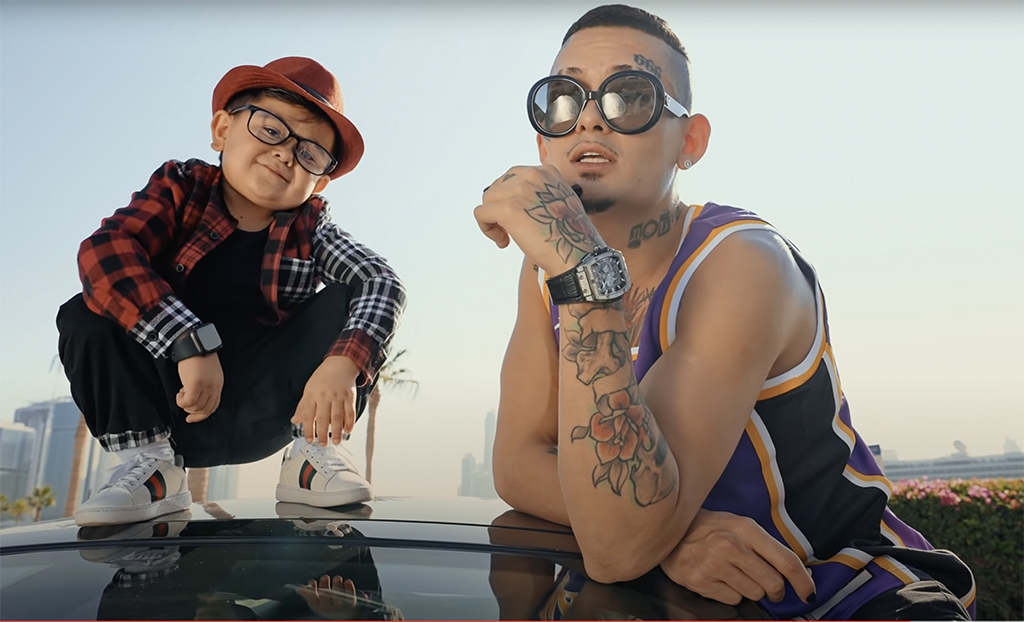 A performer from Tajikistan with dwarfism is set for the stratosphere after featuring in a hit with one of Russia’s most infamous musicians, but his success is dividing opinion back home.

Abdurozik, an 18-year-old singer and would-be mixed martial arts fighter, already had more than a million Instagram followers before his bit part in rapper Morgenshtern’s music video “Home,” which dropped on December 10.

That single – Morgenshtern’s first since fleeing his homeland after landing in the Kremlin’s bad books last month – has racked up nearly 7 million views in its first three days online.

The performer rose to prominence earlier this year when a popular Chechen sports blogger Askhab Tamayev proposed to put him in the ring for an MMA-style fight with another little person, Dagestani Hasbulla “Hasbik” Magomedov, 18.

Combat sports are exceedingly popular in the former Soviet Union, but this move caused unease in MMA circles. Azamat Bostanov, who manages two well-known Russian fighters, complained the idea was “beyond the boundaries of acceptable and decent.” The Russian Dwarf Athletic Association criticized the stunt on ethical grounds, calling it “some kind of laughing show.”

Magomedov’s and Abdurozik’s respective journeys to fame have seen plenty of controversies. Both men have accused their handlers of exploiting them for profit.

In Abdurozik’s case, the accusation came after his estranged manager Behruz Nabiyev complained that Abdurozik was “wrested” from him by unnamed rivals last month. Abdurozik responded that Nabiyev “only pulled me out of the sticks to make money off me. [He] changed his car [and] opened a restaurant while my parents are still living in the sticks.”

The set-to sparked an earthquake on Tajik social media. Ismoil Mahmadzoyir, grandson of Tajikistan’s president Emomali Rahmon initially backed Nabiyev in a social media post that was later deleted. Mahmadzoyir has since changed his tune, posting a picture of himself with Abdurozik on TikTok.

Tajikistan has a complicated relationship with celebrity.

In the past, authorities have taken to publicly shaming pop stars for breaking rules on mass gatherings or failing to pay speeding fines. One theory for these happenings is that stars must know their place in a system where there is only room for one sun.

Reputation-wise, Abdurozik could not have chosen a more high-risk partner than hype merchant Morgenshtern, whose real name is Alisher Valeyev.

The tattoo-faced star fled Russia in November after senior Kremlin official Aleksandr Bastrykin said that Morgenshtern had been “effectively selling drugs on social networks” with his explicit lyrics.

The probe launched by Bastrykin’s powerful Investigative Committee was announced after Morgenshtern made the mistake of publicly doubting the need for festivities honoring Russia’s victory in World War II – arguably the closest thing the Kremlin has to a national ideology – in October.

In “Home,” which was filmed in the United Arab Emirates, Morgenshtern sports a balaclava and hops on an armored vehicle to address Bastrykin with a string of expletives featuring references to his own sex organ.

Abdurozik’s role in the video is limited to dancing on top of a car with the rapper and playfully slapping him on the face.

Yet plenty of Tajiks argue that he had brought disgrace to the country.

“Abdurozik is engaging in stupidity, because he has made bad friends,” wrote one user under a post about the clip on the Facebook page of the news outlet Asia Plus.

Others were more supportive: “Abdurozik is a mega star!” wrote one fan. “And these people that try to humiliate him or insult him are just jealous losers!”