Mamadbokir Mamadbokirov had been wanted by the authorities since February. 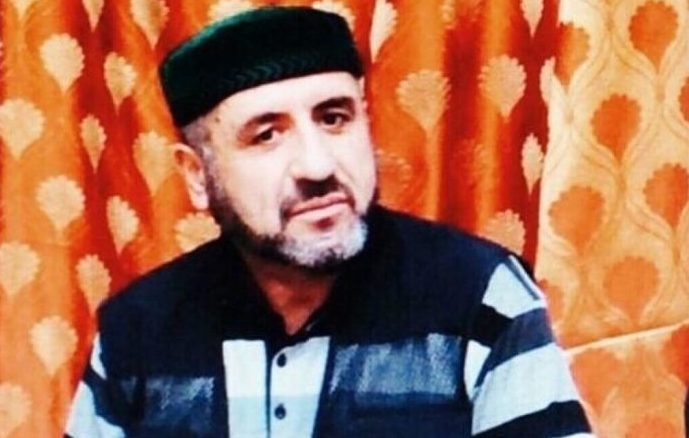 Residents in Tajikistan’s Gorno-Badakhshan Autonomous Region have told Eurasianet that an influential local leader who was the target of a major security sweep over several months has been shot dead by government troops.

Mamadbokir Mamadbokirov, 59, was killed by sniper fire on May 22, the residents told Eurasianet in a phone conversation. The Interior Ministry has claimed that Mamadbokirov died during a violent dispute among his own men.

The same sources in Khorog, the capital of the GBAO, the acronym by which the Pamiri region is commonly known, said that at least 25 people have been killed as the result of heavy-handed efforts by government troops to cement their grip over the restive region.

The GBAO has been in a state of turmoil since May 18, when the government declared it was launching what it termed an “anti-terror operation” as it sought to crush an uprising among residents clamoring for greater autonomy from central rule. A large group of people, allegedly led by Mamadbokirov, had prior to that blocked the highway linking Dushanbe to Khorog, which is also the only direct overland route to neighboring China.

Sourcing verifiable independent information about events in the GBAO over the past few days has been severely complicated by an internet blackout imposed by the authorities. Residents have been wary of speaking over the phone for fear of being eavesdropped and made the object of reprisals. Journalists in Dushanbe seeking to cover developments have at times been threatened by government officials or assaulted by people who were likely hired thugs.

According to one account provided by people in the GBAO, Mamadbokirov’s supporters agreed on May 21 to lift a fresh highway blockade that they had mounted in Khorog itself in return for the government agreeing to release the 200 or so people said to have been detained since the unrest began. It appears that this condition was not met.

Mamadbokirov may have been killed while his men attempted to block the highway once more, residents said.

The authorities have been airing television reports condemning Mamadbokirov as the alleged leader of criminal gang for around half a year now. He had been sought by the authorities before, but the hunt was intensified in the wake of anti-government protests that flared up in Khorog in November.

In late January, Badakhshon TV, a state-run channel in the GBAO, aired footage that it said showed Mamadbokirov assaulting Education Ministry official Lutfullo Navruzov. The piece suggests that Mamadbokirov was in a state of intoxication and that he had confronted Navruzov over a petty personal disagreement. Mamadbokirov says he did meet with Navruzov, but he denies assaulting him.

By February 6, RFE/RL’s Tajik service, Radio Ozodi, was reporting that government forces had given Mamadbokirov and a group of associates a week’s time to give themselves up to the authorities. A tense standoff has kept the region on edge ever since.

It is uncertain whether the killing of Mamadbokirov will sufficient to compel the government to de-escalate its intense security presence the GBAO or if it will instead spur it to clamp down even further.

The GBAO has for decades been a thorn in the side of the brutal authoritarian regime headed by President Emomali Rahmon as local powerbrokers there – Mamadbokirov was one of many such figures, a good number of whom have now been killed by the government – defied Dushanbe’s writ.

There has been speculation that the government may capitalize on its increased control over the region to break it up. In December, a deputy in the GBAO representative assembly suggested that Darvoz and Vanj, the two westernmost districts of the region, might secede. He cited the fact of recurrent unrest as justification for this proposal. It is all but inconceivable he would have made such remarks without sanction from higher up.

One long-standing case for breaking up the GBAO, whose territory accounts for around 42 percent of Tajikistan’s land mass, lies in the region’s ethnic and religious fault-lines. While the population of the Darvoz and Vanj regions is ethnically Tajik and adheres to Sunni Islam, like the majority of Tajikistan’s population, eastern Pamiris speak their own distinct languages and follow the Ismaili faith, an offshoot of Shia Islam.

The purpose of such a territorial reorganization may not be a matter of pure symbolism.

At least one analyst has argued that the breakup of the GBAO could precipitate the definitive termination of the region’s autonomy status, which exists only on paper as it is, thereby easing the process of leasing land and granting mining concessions to investors from China, to which Tajikistan currently owes more than $3 billion in development-linked loans.