Tajikistan: Making the world better, one businesswoman at a time

Small-scale entrepreneurship is a lifeline for women abandoned by their migrant husbands. 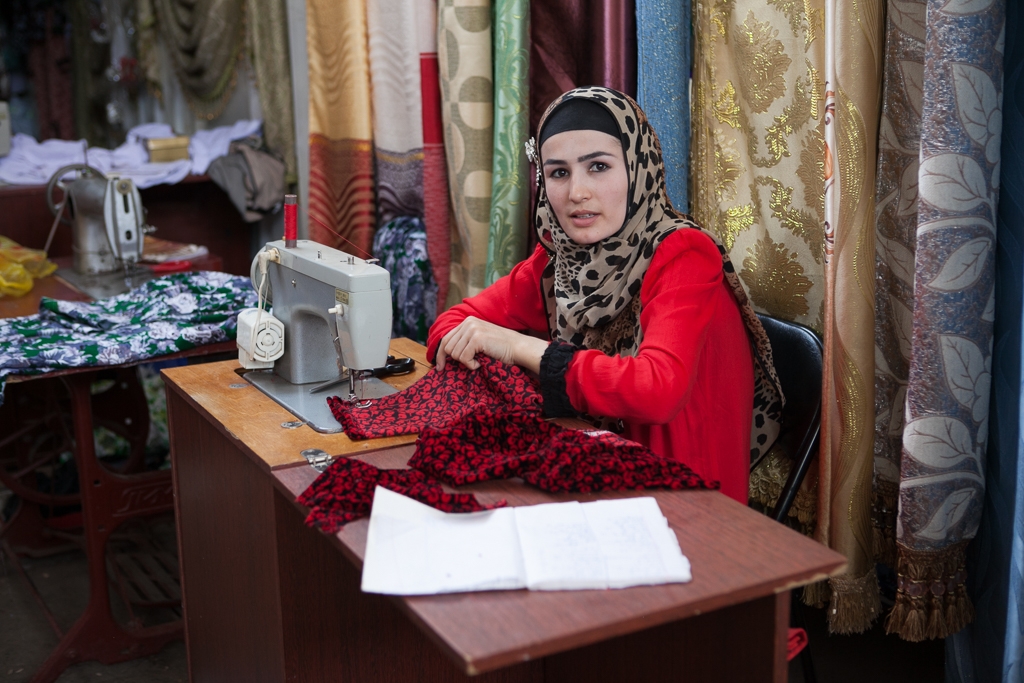 Sitora, a 37-year-old from southern Tajikistan village of Qumsangir, set up a sewing shop after her husband called from Russia to say he was leaving her.

By means of a simple verbal statement he made a declaration of talaq, a Sunni Muslim marriage annulment rite practiced by many long-term Tajik labor expatriates desiring to move on from families back home, and that was that.

For women in Tajikistan, that turn of events often brings shame and penury. In-laws regularly turf out the wives of their sons from home, leaving them with nothing.

Small-scale entrepreneurship is a lifeline for such people and for women whose husbands are unable to provide sufficient remittances.

Like many other girls from her village, Sitora, who spoke to Eurasianet on condition of partial anonymity, got married at the age of 18. She did not know her husband-to-be beforehand. During the matchmaking procedures, she was told that her prospective spouse was a labor migrant and that he would leave for Russia right after the wedding.

“All the men in our area go to Russia for earnings, and my husband was one of the ‘Russians.’ I found nothing strange in that,” Sitora said.

Sure enough, her husband left after two months and only returned periodically. Over the years, she had several children with him.

“I gave birth to all my three children without my husband present. He came and went. If I was to count it all up, out of the five years we were married, my husband and I lived together for one year and two months,” she said.

Migration is a heavily male-dominated affair. Of the almost 531,000 Tajik nationals that the government estimates went to Russia for work in 2019, around 454,000 were men. Russia’s own overall estimates are even greater. Officials there believe 1.2 million Tajiks live in the country.

Five years into her marriage, which was a couple of years back, Sitora began to hear gossip around the village that her husband had taken another wife in Russia. The call to unilaterally announce their divorce came shortly afterward.

“They sent me away from my husband’s home to my mother. Just think, I had to go back to my family home, where my two brothers live with their families,” she said.

The sense of disgrace is no less crushing than the financial hardship. In Tajikistan, family breakups are typically, without consideration for the context or facts, blamed on the woman. And for a woman to live alone after a divorce can be particularly scandalous.

So, it was a brave step when Sitora scrabbled together the money to rent her own living space and to set up the sewing shop. Now, she is employing another two women as seamstresses.

According to official government data, there were more than 295,000 registered individual entrepreneurs in Tajikistan in 2019. Official figures provide no breakdown on how the genders are represented in that total, but there is strong anecdotal evidence that the proportion of women doing business, in catering, agriculture, tourism and textiles, is ever rising.

As Firuza Nasyrova, the head of a business consulting company, told Eurasianet, the reasons women go into business have evolved over the years. In the 1990s, it was to provide for their families’ basic needs. In the 2000s, as the flow of external migration began in earnest, it increasingly happened because they had been abandoned by their husbands. And it is not like there are many decent jobs going around.

“The labor market is tight, and salaries are not that good, so women are forced to open individual enterprises. If a woman can sew, for example, and she goes to a factory, how much will she make? It is easier for her just to set up her own little sewing shop,” Nasyrova said.

For all this, the potential of women to generate prosperity gets scant attention from the authorities. Women in Tajikistan are celebrated only on March 8, International Women’s Day.

Khosiyatkhon Komilova, a technical expert who has worked with women engaged in the agricultural sector, noted, for example, that when the president attends ribbon-cutting ceremonies for a new company or business, women are never shown among the management. Until women are doing more than just running small stores and trading in petty consumer goods, it will be too early to talk about the development of female entrepreneurship in Tajikistan, Komilova believes.

The difference will be “when they begin to export things and when there are women in charge of companies,” Komilova said. “A company processing fruit and vegetables, or a textile company, headed by a woman. Now that would be business.” 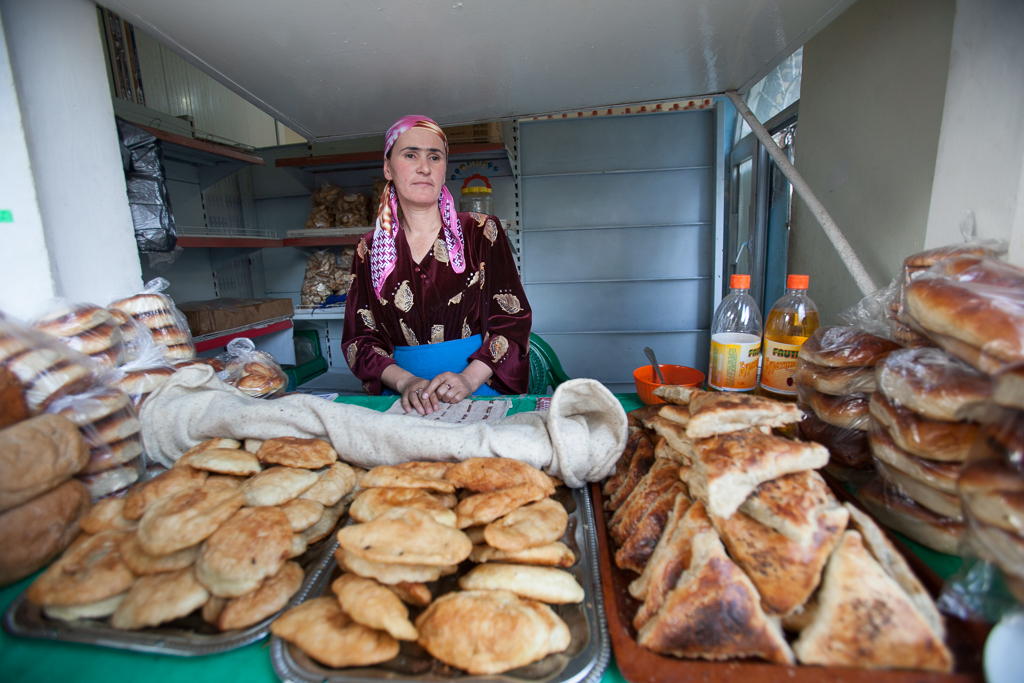 Attitudes to female entrepreneurship vary from region to region.

“Different parts of Tajikistan are very different from each other. In some places, they welcome businesswomen, in others it is a taboo,” Komilova said.

The National Association of Businesswomen of Tajikistan began as a resource for providing business education to women going through hard times. These days, one of their initiatives is the annual Farah award for success in business. The competition is only open to women.

Nasyrova’s consulting company is setting up online courses for aspiring businesswomen. But she says that government support, including tax breaks, will be needed to advance the fortunes of female entrepreneurship.

“Business is a dreamer’s work and the entrepreneur is an ambitious person,” Nasyrova said. “Today, we see a trend of women following their dreams, and that is wonderful. Because women don’t just think about business as making a profit, they also think about how to make the world better. And the country can only benefit from that.”