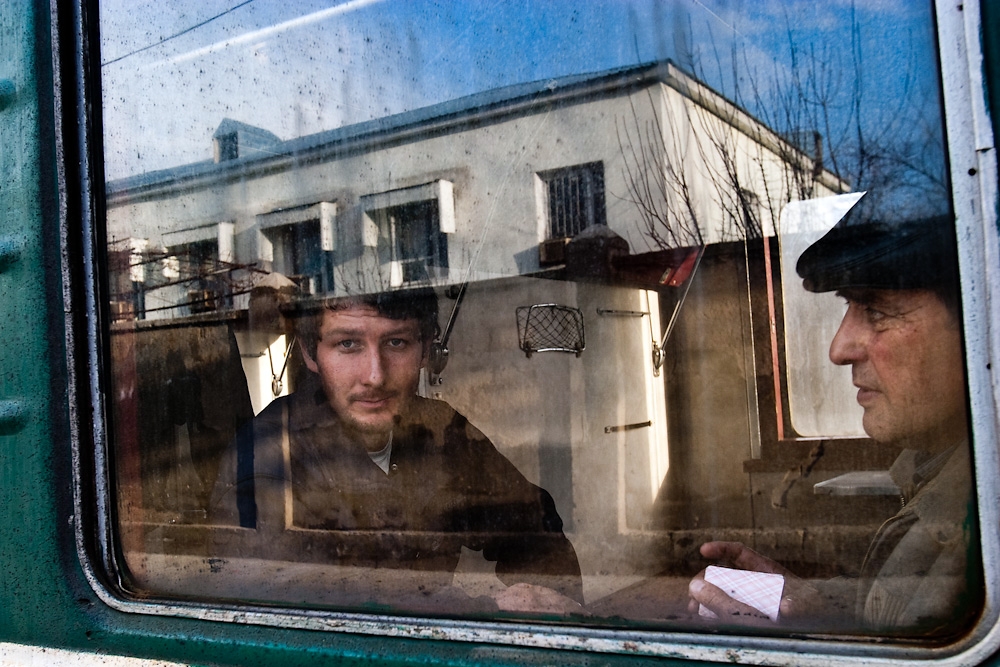 Tajik migrant workers can often earn four times as much in Russia as back home, but exploitation is also rampant. (Photo: David Trilling)

Each day an average of three Tajiks return from Russia in simple wooden coffins. They are the victims of racist attacks, police brutality, dangerous working conditions and unsafe housing.

They go for the money, earning up to four times more in Russia than they would at home – if they were lucky to find a job in in dirt-poor Tajikistan. “They are saving to get married and build a house,” said Rustam Tursunov, deputy mayor of the western town of Tursunzoda.

Tursunov had two nephews working in Russia. “We were preparing a marriage ceremony for them,” he said. “But it ended up being a funeral.” The two boys died in a minibus crash en route to their worksite last year.

Tursunzoda saw more than 100 of its residents return in coffins in the first eight months of 2012. The mid-sized city is home to the Tajik Aluminum Company, TALCO, the largest aluminum manufacturing plant in Central Asia. “But there aren’t enough jobs at the aluminum factory,” said Tursunov. Those who manage to get work at TALCO earn, at best, 1,500 somoni a month, the equivalent of $315, he added. “In Russia you can earn $800 to $900 [per month].”

Migrant remittances are estimated to make up nearly half of Tajikistan’s GDP, with hundreds of thousands of Tajiks going abroad every year for work. Roughly 90 percent of these migrants end up in Russia working in construction, as janitors, in agriculture and maintenance.

In a report released earlier this month, New York-based Human Rights Watch said migrant workers helping prepare the Russian city of Sochi to host the 2014 Winter Olympics are regularly exploited, often living in miserable conditions and working for little or no pay. Their conditions are seen as indicative of the problems affecting migrant workers across Russia.

Sevarhon Mannonova worked as a street cleaner in St Petersburg, alongside 60 Tajik co-workers. After three months without pay, the cleaners held a protest, documented in a report by Russia’s Anti-Discrimination Center and the International Federation for Human Rights. The Tajiks had been hired through “contractors,” but had no contracts or work permits. Mannonova had been promised a salary of $400 a month, but when she went to collect, the contractor had disappeared.

Mannonova’s story is a familiar one in Tursunzoda. At the bustling Tajik bazaar, two women selling gold jewelry tear up when the topic of labor migration is raised. “My brother is working in Russia,” said the older of the women, who asked not to be named for fear of compromising her brother’s safety. “He built two roofs in Russia, but was not paid,” she said. “He has no rights there, and with no money, he can’t even afford to come home.” The jewelry seller is afraid her brother may be killed. “The Russians know there is no one there to take care of them, so they aren’t afraid to kill them.”

The jewelry seller also has a female cousin in Russia, a widow. To make money, the 36-year-old left her child with her parents and went to Russia to work as a cleaner. Two years ago, she disappeared. “We have no information, no money to go search for her, and we don’t even know where to look,” said the seller.

The majority of Tajikistan’s labor migrants are men. “It’s mostly young people with no experience who go to Russia,” said Tursunov. They leave behind newly married wives and small children, who are dependent on the money wired home.

But as the years pass, the cash flow often stops.

“I was married 40 days before my husband left for Russia,” said a woman in northern Tajikistan’s Sughd Province who refused to give her name for fear of retribution from her in-laws. “Now, I haven’t seen him for 10 years.”

He no longer sends money, she said. “He’s left me, and I have nothing.”

An increasing number of wives and children are being abandoned in Tajikistan by husbands bound for Russia, according to the Paris-based International Federation for Human Rights.

But in Tursunzoda, Tursunov, the deputy mayor, insists things are improving.

“Three years ago, people were working in Russia for three-to-five years, and would divorce their Tajik wives,” he said. “Now, many are only going for two years.”

Tursunzoda has also started a “special program” for Tajiks heading to Russia. “We want them to know their rights, so they can know if their employer is breaking the rules,” Tursunov said. The “special program” includes posters in Tajik airports and a website. There is no training or classes on offer.

Parents don’t want their children to go to Russia, added Tursunov. “But when people turn 16 they get a passport and are free to choose. People go themselves, in search of better lives.”

“There is not enough work here,” he said. “That’s our job as government, to create more working opportunities in Tajikistan.”

Genesee Keevil is a freelance writer focusing on Central Asia.