Chorshanbiyev caused outrage in 2020 by appearing to insult Tajiks. 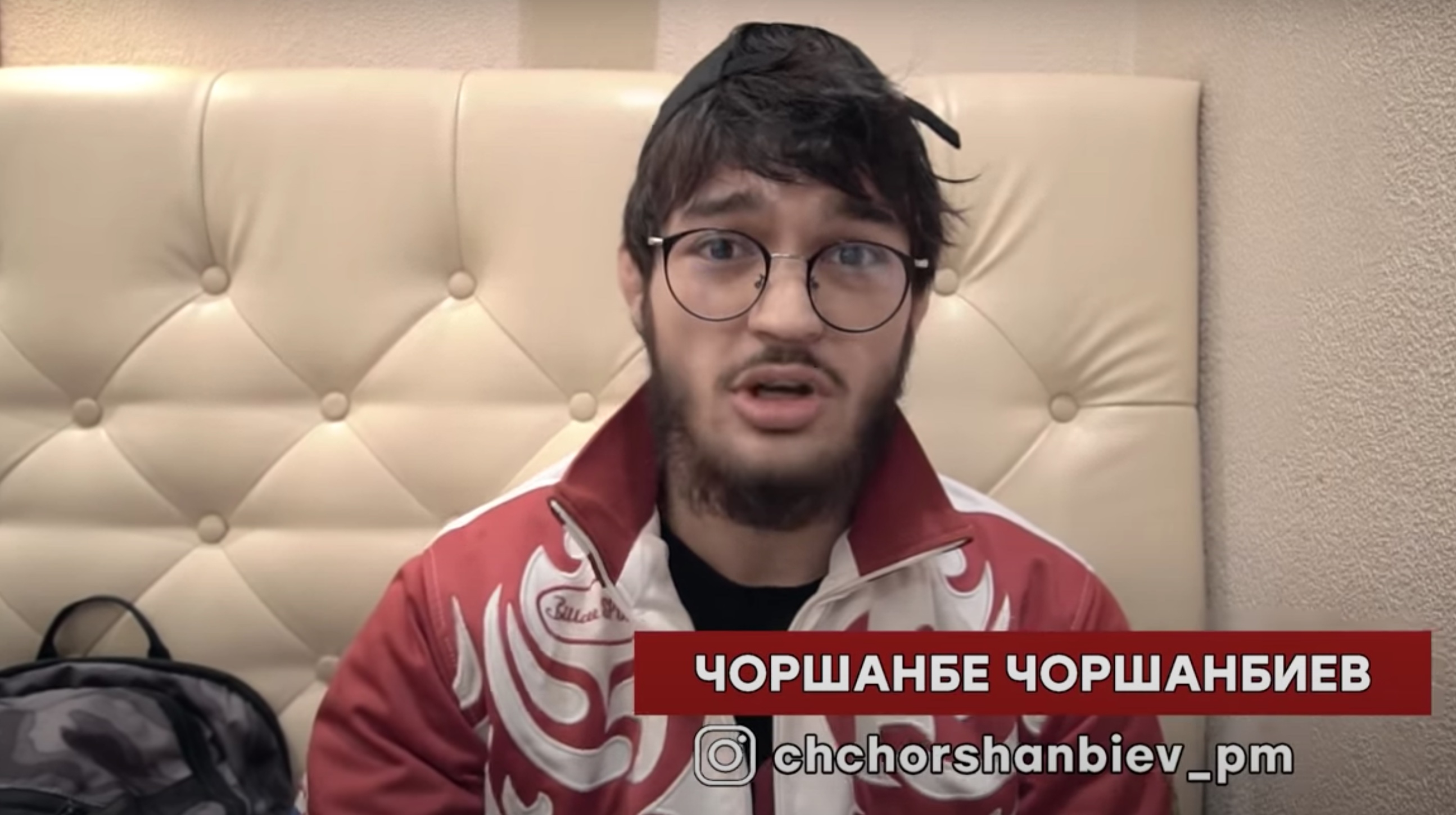 Authorities in Tajikistan have arrested a popular mixed martial arts fighter with roots in the Pamirs on grounds of inciting ethnic hatred and insurrection in a case that many view as politicized.

Chorshanbe Chorshanbiyev, 26, a Tajik national, was deported late last year from Russia after he was caught speeding by Moscow police. Upon arrival in Tajikistan on December 30, however, he was taken into custody. This sequence of events has sparked suspicions that the deportation was effected at the request of the Tajik government.

Chorshanbiyev’s alleged offense dates back to January 2020, when he was engaged in a verbal back-and-forth with a rival Russian MMA fighter, Nikita Solonin. In a video message address, Solonin referred to Chorshanbiyev as a “Tajik fighter.”

Chorshanbiyev’s response appeared to suggest he found the Tajik label demeaning. He insisted that his provenance, from the Gorno-Badakhshan region of Tajikistan, or GBAO, which is populated by an ethnically and religiously distinct community of people, be acknowledged.

“What do you mean Tajik? I’m not Tajik. You want to see a Tajik, look in the mirror,” he said. “I am a Pamiri, written in big letters. Remember that forever.”

This style of trash talk is commonplace among MMA athletes, and especially so among younger fighters seeking to emulate the flamboyant aggression of superstars like Irishman Conor McGregor. It is never entirely clear how seriously the mutual insults are intended.

Tajik officials, as well as many Tajik people, did not take Chorshanbiyev’s banter so lightly. The apology took some time to arrive, however. In July 2021, Chorshanbiyev uploaded another video to say that he had not wanted to cause offense.

“I only had one intention: to tell the world that there is such a place and such a people [as Pamiris] in this world. What division can there be between us when we live on one land?” he said.

Although Chorshanbiyev’s initial remarks were inflammatory, it is improbable they were sufficient to spur the Tajik authorities into pursuing his forcible repatriation. His deportation is more likely to have been triggered by public statements he made during a recent standoff between GBAO residents and the central government in Dushanbe. Protests in November were sparked by the deadly police shooting of a local resident but rapidly evolved into demands for more autonomy for the province.

In a video message filmed around the time of that unrest, Chorshanbiyev called on fellow Pamiris to defy the authorities and not to submit to state violence.

“I urge you to stand up against injustice and against the unjust death of innocent people,” he said.

Anora Sarkorova, a journalist based in Europe, said in a commentary on Facebook that she was certain that Chorshanbiyev was not deported, but rather extradited.

“He allowed himself the impermissible luxury of saying out loud what others think … and hesitate to say in public,” Sarkorova said.

Muzaffar Imdod, a resident of Khorog, the capital of the GBAO, decried the charges being leveled at Chorshanbiyev as excessively harsh.

“How many times has [nationalist Russian politician Vladimir] Zhirinovsky insulted our nation, the president and our country on Russian TV? But what happened? Just remember how our officials greeted him? Dancing Tajik girls met him with bread and salt,” Imdod wrote on Facebook.