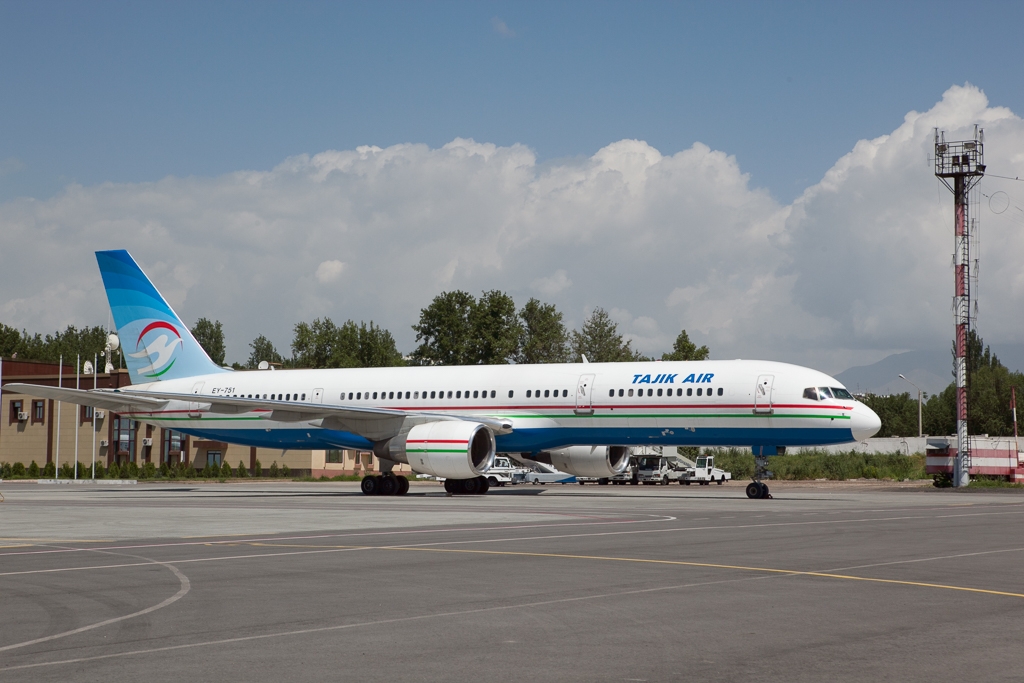 The government in Tajikistan has found a solution to the woes of its troubled national air carrier. It has appointed a figure close to the president’s family as the airline’s general director.

President Emomali Rahmon on January 22 effected a series of personnel reshuffles at Tajik Air, which has been teetering on de facto collapse amid chronic difficulties securing fuel for its aircraft. As Asia-Plus newspaper reported, Rahmon actually expelled the former head of the airline from the room during a government meeting. A day later, Dilshod Ismatullozoda was named as a replacement general director.

Tajik Air has never enjoyed the finest of health, but the really serious trouble began at the start of the year, when fuel company TZK revealed it would suspend supplies to the airline over unpaid debts. With no fuel, the carrier was forced to announce it was halting all scheduled flights until at least March.

In the event, Somon Air stepped in to say it would take over the Tajikistan-Russia routes. Initially, it appeared that this company might agree to carry desperate Tajik Air ticket-holders, but it subsequently emerged that it was in fact selling tickets and would not be bailing out stricken travelers.

There is a link between TZK and Somon Air, as it happens.

TZK belongs to a businessman called Hasan Asadullozoda, the brother of President Rahmon’s wife. Asadullozoda is also widely understood to be owner of Somon Air, although the airline’s exact ownership structure is somewhat murky. A U.S. diplomatic cable published on Wikileaks, meanwhile, has described Rahmon himself as being ultimately in control of the private airline.

In another Asadullozoda link, Ismatullozoda is the brother of the deputy chairman of Orionbank, which is also part of the presidential brother-in-law’s business empire.

It has long been received wisdom that Somon Air aspired to eventually swallow up Tajik Air and snatch its routes — the suggestion was made in 2009 in the aforementioned U.S. cable obtained by Wikileaks. So this looks like mission accomplished.

But what does it all spell for the future of Tajikistan’s aviation industry?

The already narrow selection of available airlines has to all intents and purposes been further whittled down, reducing competitiveness.

Ismatullozoda is not known to have any relevant experience in the sector. One previous job was handling Rahmon’s executive apparatus, in effect serving as number two to presidential chief-of-staff Ozoda Rahmon, one of Rahmon’s daughters.

For a while, from 2008 to 2012, he ran financial affairs at the company responsible for building the Roghun hydroelectric dam. This covers the period in which the government press-ganged hundreds of thousands of hard-up citizens into buying government-issued shares in the project.

Ismatullozoda freely admits that he is far from the most ideally qualified person to run Tajik Air. In a brief January 22 interview to RFE/RL’s Tajik service, Radio Ozodi, he said that he had yet to acquaint himself with the status of the carrier.

“I need to study the situation. I will try not to let down the president and to improve the state of the airline. This is a new area for me and I need to take time before I talk to the media,” he said.