Officials say the measure is intended to protect local banks. 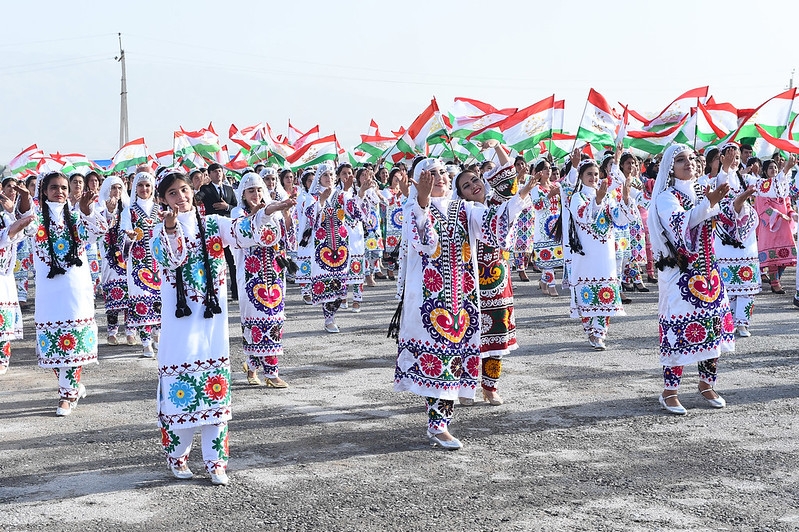 Song and dance: Money will now have to go through National Bank before recipients can collect. (Photo: Presidential Administration)

Tajikistan’s financial regulator has created a clearing house for international cash transfers, in effect making itself the conduit for all money sent home by migrant laborers.

The National Bank said in a statement on October 3 that the processing center is intended to insure against money transfer companies being unable to repay money to the banks in Tajikistan that hand out the cash to recipients.

To illustrate its point, the regulator referred to the case of money transfer company Lider, which was commonly used by Tajik clients before going broke and owing Tajik banks around $1.7 million.

The regulator said its involvement as an intermediary will not imply any additional costs for customers.

“The National Bank of Tajikistan, in its role as regulator, will in future take upon itself all the costs involved in this project, and thereby also help avoid the risk of increased commissions for money transfers for citizens of this country,” said Jamoliddin Nuraliyev, the deputy head of the bank.

Commissions for cash transfers currently stand at around 0.5 to 1 percent. The clearing house system will be fully implemented once all domestic credit companies involved sign up.

A specialist at a lending company told Eurasianet, on condition of anonymity as he is not authorized to speak to the press, that the modified arrangement is not due to be felt by customers.

Lending companies will have to set up deposit accounts at the National Bank.

“The NBT will act as a clearing center, or as an intermediary between banks and payment systems,” the source said.

It is mostly migrant laborers in Russia who send money into Tajikistan. In 2018, the volume of cash transfers by individuals amounted to $2.5 billion, according to Russia’s Central Bank.