A new generation of officials is coming of age in Tajikistan. What they lack in professional experience they make up in family ties. 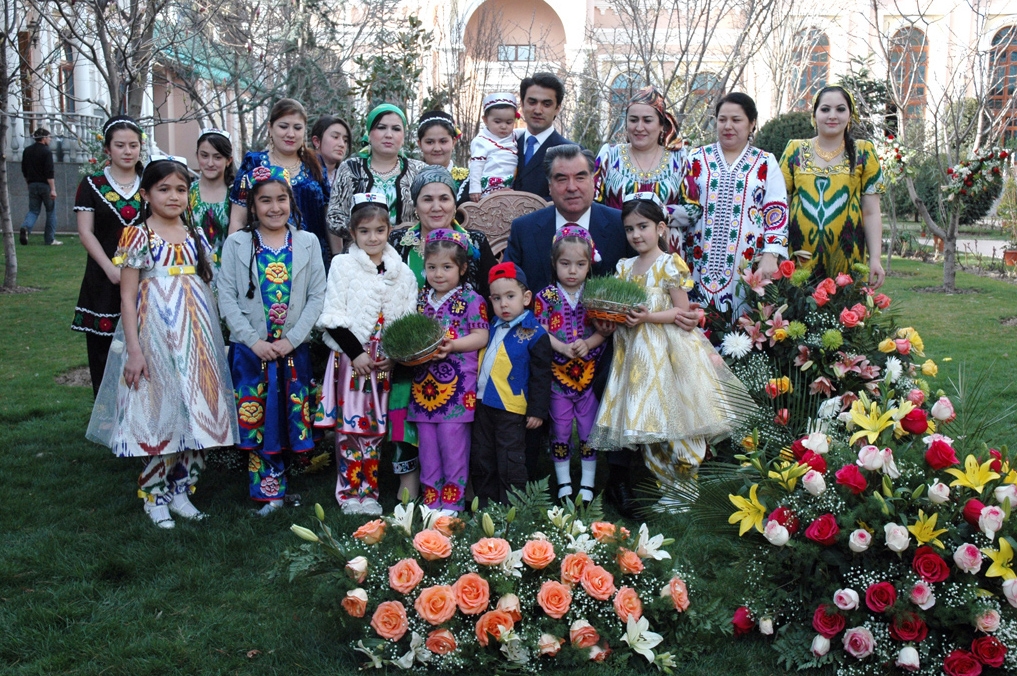 At the start of last month, the National Bank of Tajikistan appeared to be clearing house.

All of the institution’s deputy heads stepped down to make way for new successors, including First Deputy Chairman Jamoliddin Nuraliyev.

Aside from his career in finance, Nuraliyev is notable as the son-in-law of Tajikistan’s President, Emomali Rahmon. He is married to the leader’s daughter, Ozoda – who also happens to be the head of Tajikistan’s presidential administration.

Officially, Nuraliyev was relieved from his post at the National Bank "in connection with a move to another job." No new role, however, has been announced – a silence that has predictably fuelled talk of a power struggle.

Tajikistan’s National Bank has ushered in a new crop of officials, but like Nuraliyev before them, many also have close family ties to the ruling establishment.

They include Firuz Homiddin Sharifzoda, the son of Tajikistan’s former minister of internal affairs, Homiddin Sharifov, who held office between 1996 to 2006.

Pro-government media that carried news of Sharifzoda’s appointment did so without mentioning his influential father.

But in Dushanbe’s increasingly narrow analytical circles, the new role renewed a familiar discussion about which sons of influential regime men are holding plum positions in state institutions.

In addition to Firuz Sharifzoda, at least two other children of Tajikistan’s former interior minister hold prestigious, government roles: Rudoba Homiddin Sharifzoda is a judge at the Dushanbe garrison’s military court, while Farrukh Homiddin Sharifzoda serves as ambassador to Turkmenistan.

Ashraf Gulov, the son of Tajikistan’s former energy and industry minister Gul Sherali (and son-in-law to the president) was previously appointed as the country’s ambassador to Turkey. Elsewhere, Salim Farhod, the son of Abdulmajid Dostiyev, the country’s former ambassador to Russia and one of President Rahmon’s closest supporters, is now Tajikistan’s Deputy Foreign Minister.

This role call offers a picture of the glass ceiling that confronts aspiring diplomats who are not members of powerful families. The fact is, however, that this situation is replicated across the state – it is just that ambassadorial appointments are made public by necessity.

Career trajectories in law enforcement are tougher to track.

But it is known, for instance, that Shohruh Said, the son of Abdulfattoh Goyib, the ex-head of the state anti-corruption service, is the head of the criminal investigation department at the Ministry of Internal Affairs.

Ultimately, the majority of Tajikistan’s political elite are either relatives or acquaintances of the head of state himself.

Yet the changing of the guard at Tajikistan’s National Bank has again raised the question in Dushanbe: Why should the sons and daughters of officials be destined to hold high office?

Talking to Radio Ozodi, the Tajik branch of Radio Free Europe/Radio Liberty, back in 2016, analyst Saymuddin Dustov argued that the purpose of nepotism and cronyism is to restrict the political ambitions of those who hold power. If you gained your role because of your father, he argued, you understand your place.

“The authorities have still not yet realized the significance of (people with genuine ambition) for the stability of both the government and society,” Dustov said.

Writing the year before, for the Central Asian Bureau for Analytical Reporting, Tajik analyst Nurali Davlat bemoaned the proliferation of deputy ministers and agency heads belonging to the “Golden Youth” who are still shy of 40.

“Other active people among Tajikistan’s youth – those who have been well-trained and educated at foreign universities – are poorly represented among the elite,” Davlat added.

After successive crackdowns on media and civil society, it is harder to find Tajik analysts to go on the record with such statements these days.

Officials, for their part, feel little need to justify these plum appointments. When the head of Tajikistan’s Civil Service Agency, Juma Davlatzoda, was pressed at a 2017 press conference to explain his support for the Rahmon’s then 29-year-old son, Rustam Emomali, to become the new mayor of Dushanbe, he simply replied: "If Rustam Emomali was born into the president's family, does he not have the right to hold office?"

Nowadays, Rustam Emomali is still mayor, but he has gained the added role of chairman of the National Assembly of Tajikistan. This position makes him the second-in-line to the president, according to the constitution.