Tajikistan: No laughing matter as comedian journalist goes on trial

Mirsaidov was swiftly arrested after complaining to the president about corruption. 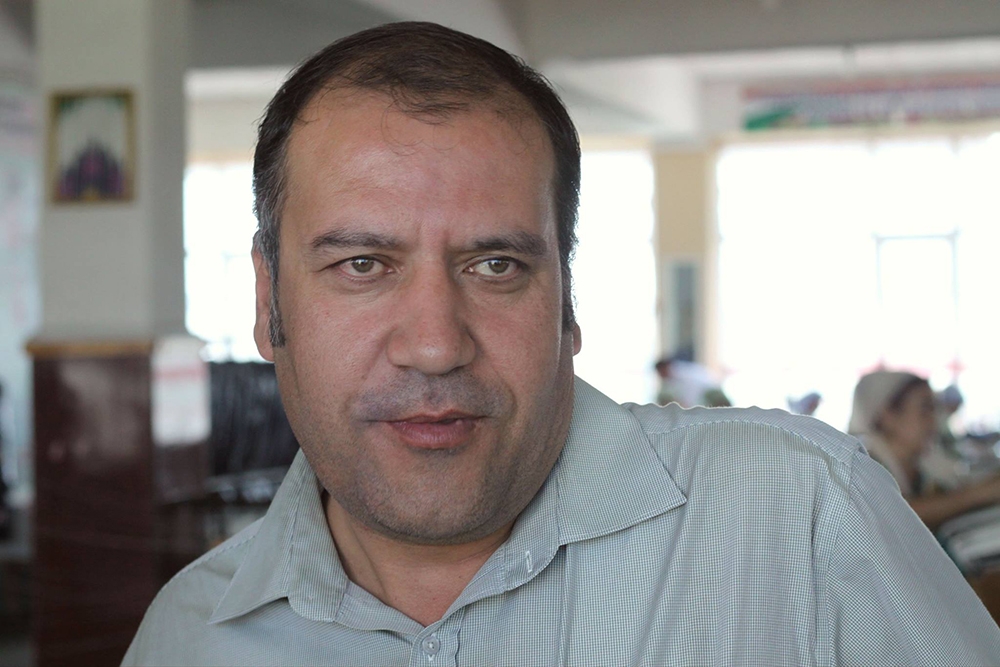 The criminal trial of well-known journalist and comedian in Tajikistan is set to open this week, to the almost complete indifference of colleagues and the international community.

Activists following the case against Khairullo Mirsaidov have called it a sobering reminder of the Tajik authorities’ success in terrifying the population into submission and compliance.

By all accounts, Mirsaidov, who is being charged with embezzlement, forging documents and providing false testimony, is paying the price for being one of the few willing to poke his head above the parapet.

The trouble began in November, when Mirsaidov published an open letter to President Emomali Rahmon detailing an ongoing confrontation with officials in the Sughd region, in the north of the country.

In 2015, Mirsaidov was a leading force behind the foundation of Tajikistan’s national team in KVN, the name of a recurring competition popular among many former Soviet republics in which squads of contestants are pitted against one another in tests of wit and improvisation. The team had few resources to begin with and had to appeal for donations to help fund travel, hotel expenses and competition fees. Some of the early supporters were expatriate Tajiks, mobile phone companies and other local businesses.

Once the team scored some triumphs, the government, in the form of the regional government of Sughd, where Mirsaidov is from, also stepped in with money. When Mirsaidov got a whiff of malfeasance, however, his instinct as a reporter, gained from stints working for Deutsche Welle and Dushanbe-based Asia-Plus, prompted him to go public.

His claim, which has never been investigated, was that the head of the Sughd regional government youth and sports committee, Olim Zohidzoda, was fiddling the expenses to try and cream $1,000 off the top.

“[Zohidzoda] said that I should buy microphones out of the budget for our trip to Moscow and to present him with the receipts,” Mirsaidov wrote in his public letter. “And that is despite the fact that these funds were not even envisioned in the budget. This isn’t a new scheme. I buy the microphones, I give him the receipts, and he in turn takes the money and puts it in his pocket.”

The letter produced an effect, but not the one he was hoping for.

On December 5, Mirsaidov was arrested at the behest of the Sughd regional prosecutors’ office and slapped with a number of offenses. Despite him presenting no obvious threat to the public or a flight risk, a court ordered Mirsaidov be kept in custody for two months pending investigations. That preventative pre-trial detention was later extended.

With Mirsaidov absent, Tajikistan’s KVN team was unable to attend a competition in Moscow and a festival in Sochi. The no-show cost the team membership in the KVN system for one year.

Over the several months since he was first arrested, Mirsaidov has caught only one break. He was initially also charged with inciting ethnic and religious hatred, although prosecutors refused point-blank to specify what statement was being used as basis for that accusation. That charge was eventually quietly dropped off the rap list.

The concession was slim but nonetheless important.

Media rights expert Abdumalik Kodirov said that when Tajik authorities really want to frighten people or dangle the prospect of heavy sentences before them, they often resort to politically charged offenses.

“In this case, a person went against the system and the system had to punish him so that others would understand that there is no joking with the system,” Kodirov said.

In what might be the most chilling aspect of the case, all of Mirsaidov’s KVN colleagues have publicly turned their back on him. As one team member told Eurasianet on condition of anonymity, coming to his defense would do no good and might just incur reprisals against them too.

“We knew what to joke about. We spoke about football, about Tajiks in Moscow, about getting phone calls at five in the morning,” the team member said.

Another media rights observer, who asked to be identified with the pseudonym Bahriddin Sanginov as he is not authorized by his organization to provide public comment, was deeply bitter about the lack of local support Mirsaidov has received.

“When we were in the Sughd region and spoke with human rights NGOs about Khairullo Mirsaidov, they all talked about Mirsaidov’s difficult character,” Sanginov said.

Sanginov named several other cases of political figures and prominent defense lawyers now languishing in jail who found themselves similarly bereft after their arrest.

“This demonstrative punishment has made it so nobody dares to oppose anybody who is in power,” Sanginov said.

The international community has likewise remained almost entirely mute about the whole affair, although Mirsaidov is a well-known figure in diplomatic circles. Beyond his reporting work, he has also been involved in projects financed by the Organization for Security and Cooperation in Europe, or OSCE, the United Nations Development Program and the UK’s foreign aid arm, the Department for International Development.

The U.S. mission to the Organization for Security and Cooperation in Europe expressed concern over Mirsaidov’s plight and suggested that Tajik authorities might be “retaliating against [him] for his whistleblower activities.” The EU has offered similarly milquetoast demonstrations of anxiety, calling on Tajikistan to “fully adhere to all relevant international obligations.”

International advocacy groups like Human Rights Watch and the Committee to Protect Journalists have been more forthright.

Kodirov, the media rights expert, said that Mirsaidov is simply the victim of his unwillingness — or inability — to abide by the “unwritten rules” about financial misdemeanors. He may have also committed a grave error in implicating prosecutors specifically in his letter to the president.

“I don’t think if Mirsaidov had not dragged the prosecutors into all this we would have this situation we have now. It is possible that it would have all been sorted out with the regional government or with the head of the youth department. But the prosecutor’s office decided to defend the honor of its uniform,” Kodirov said.

Few are willing to speculate about how the trial, which is scheduled to start on June 8, is likely to turn out, although experience shows that those who defy the government can typically expect severe punishment.

The best case scenario is that he will be let off with a fine and released. A more grim outcome would see him spending several years behind bars.

“It all depends on what signal comes from above. This is a reasonably high-profile case and people in the highest levels of the republic are aware of this matter,” said Kodirov.