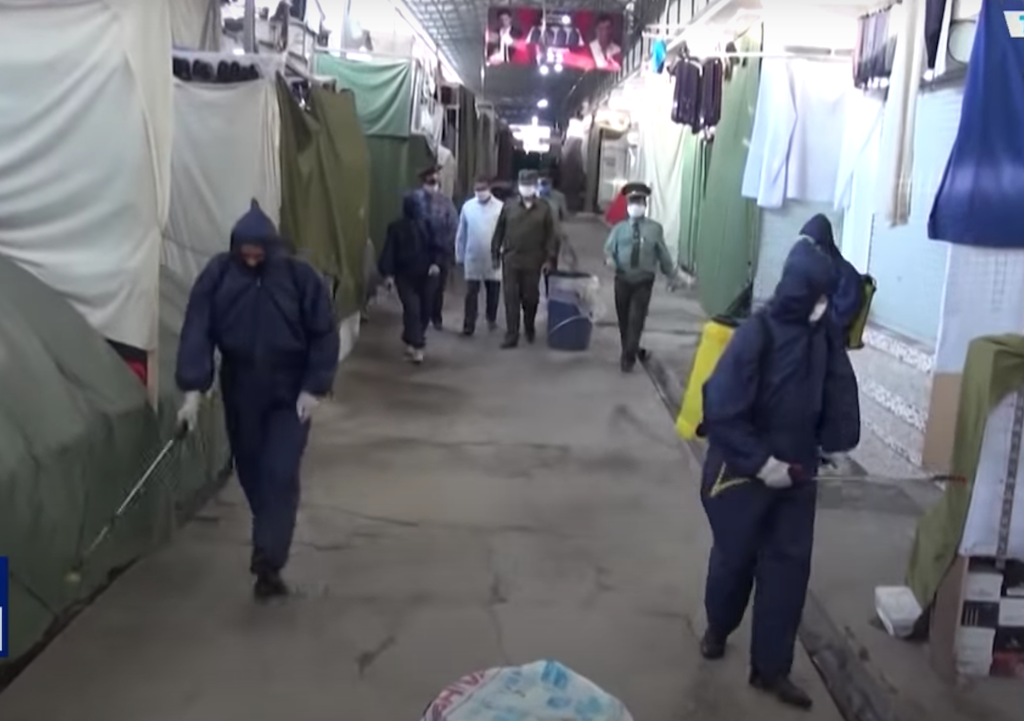 Screenshot from state television news showing disinfection of a bazaar in Dushanbe.

Just two weeks into its coronavirus crisis, Tajikistan is on track to suffer the region’s worst outbreak.

The Health Ministry on May 14 reported 106 new cases, bringing the total to 907. In Central Asia, only Kazakhstan still reports such large numbers of new cases – 138 on May 13.

Tajik health officials say 29 people are believed to have died with COVID-19 so far. 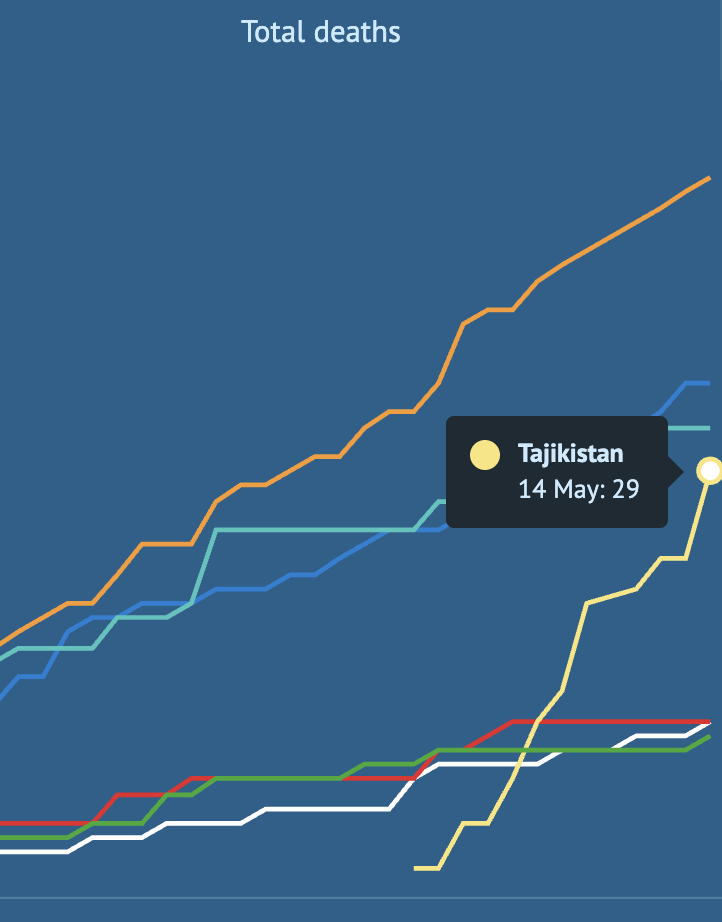 The creators of an alternative tally being tabulated online believe the picture is much grimmer, however. They attribute this to the fact that the authorities may have hidden the appearance of the virus for weeks – a course of action they only changed on the eve of a visit from specialists with the World Health Organization.

The alternative death tally, which can be viewed at kvtj.info, counts more than 200 people. Some of those deaths have been attributed to pneumonia, although it has proven difficult in the absence of efficient diagnostic measures to make definitive assessments. It is unknown who is behind this initiative.

Suspicions about the real number of COVID-19 deaths being far higher than is stated are also fueled by reports of the type appearing on Prague-based news website Akhbor, which posted a video on May 14 appearing to show a row of freshly dug graves at a Dushanbe cemetery covered in polyethylene sheets. The person shooting the video is heard to say that two more bodies were being buried at the time of filming. The website said it was unable to verify the content of the video.

Despite the massive spike in infections, Tajikistan is still refraining from instituting the kinds of precautionary measures seen in nearby countries. Public transportation is crowded, it is still permitted to leave one’s home at any time and meet in groups and social distancing is generally not observed. Schools, many shops, although not grocery stories, and beauty salons are closed, however. Bazaars selling food are still operating.

Meanwhile, pharmacies are running short of basic supplies as shoppers seek to buy up whatever medicine is available.

A Dushanbe-based virologist told Eurasianet that Tajikistan may, if it moves toward introducing lockdown measures, reach a plateau of infections within the next 12 weeks.

“For those countries that fully implemented such measures, it took at least 2-3 months. This is time we have lost. If all these measures had been introduced in February, we would have reached a plateau now, and with a minimum of losses,” said the virologist, speaking on strict condition of anonymity.

The government is in little position to establish the exact scale of its crisis. There is only one laboratory that is able to carry out tests, according to the Health Ministry. It had previously been stated that there were two such laboratories.

That lab can carry out up to 250 tests daily – a minute amount. Testing even 1 percent of the population would take about 400 days at that rate.

Weeks before the outbreak was confirmed, the World Bank drew up a sliding scale of possible COVID-19 scenarios, and the worst outcome showed some highly alarming figures.