Donors doubt the seriousness of government pledges to reform the economy and improve conditions for business. 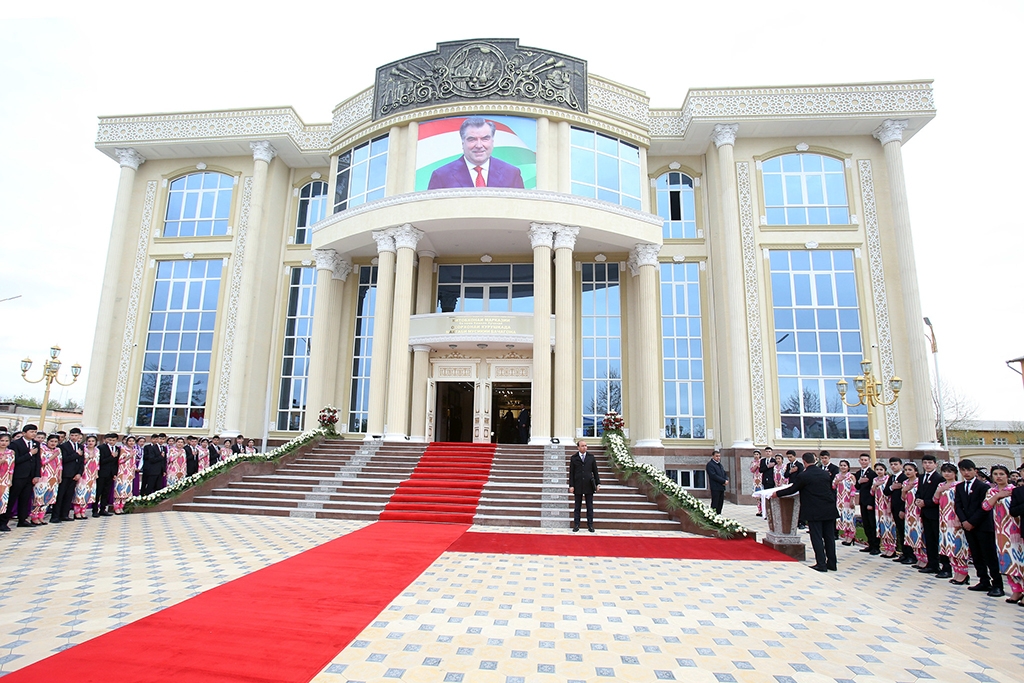 In the second half of June, officials in Tajikistan summoned a meeting of international development agencies to make a bold request.

Zavqizoda said that these funds – equivalent to around 5 percent of national gross domestic product in 2018 – would enable the government to implement its vision to overhaul the economy and ward off trouble in future.

Meanwhile, Dushanbe has failed to adopt basic measures that could have assured it support from the European Union, among others. This has raised doubts about the seriousness of government pledges to reform the economy and improve conditions for business.

During his June 20 presentation, Zavqizoda spoke about a 24-point course of action for pulling Tajikistan out its current predicament.

On the face of it, the Action Plan on Coordination of Macroeconomic Policies and Prevention of the Impact of Possible Risks to the National Economy, to use the full English-language title of a document adopted in November, is ambitious. It talks about changes to monetary policy and the tax system, stabilizing the banking sector, diversifying sources of labor remittances, rationalizing expenditure at state-owned enterprises and improving the business climate.

Zavqizoda’s presentation was skimpy on details, however, and the only document that could be tracked down by Eurasianet was just a few pages long.

A specialist who formerly worked at Zavqizoda’s ministry told Eurasianet on condition of anonymity that there is no plan specifically outlining steps toward implementation.

“There is no roadmap, there is no timetable for implementation, or anything about what will happen if this plan is adopted,” the specialist said. “The drafters of these documents imagine that if they simply present some baffling proposal, development partners will come running with suitcases full of money.”

The five-page action plan obtained by Eurasianet does not designate who specifically is responsible for carrying out any strand of the overall strategy. For most goals, no target date is offered. Instead, the relevant field simply reads “constant.”

The government’s reason for fretting becomes evident from scrutinizing the books. State accountants manage to balance the books yearly only through a combination of fanciful number-shuffling and energetic efforts by tax inspectors and other bodies to pump every last penny possible out of the population.

There is every reason to suspect that the $400 million mentioned by Zavqizoda is not needed for long-term planning but to plug holes. The approved state budget for 2019 envisions 4.5 billion somoni (around $480 million) entering the coffers courtesy of budget-support grants and foreign investments. But donors are few and far between.

The experience that Tajikistan has had with the European Union is exemplary.

In its plans for the period 2014-2020, the EU had intended to grant Dushanbe around 250 million euros ($284 million) in financial aid. Viewed in the regional context, the sum was generous. The EU’s allocation to far more populous Uzbekistan though its Development Cooperation Instrument had been for 168 million euros.

But with Tajikistan failing to tackle the dismal state of its governance, around 100 million euros of that EU cash is now likely going to end up with Uzbekistan, a European Council representative told Eurasianet on condition of anonymity as he was not authorized to speak to the press.

Under EU rules, recipients of budget support funds are required to demonstrate that they are undertaking a range of measures, from bolstering macroeconomic stability and reforming the budget to adopting a strategy to support critical areas like healthcare and trying to enhance transparency.

“We have none of this,” the European Council expert told Eurasianet. “And what is more, there is no agreement with the International Monetary Fund (IMF), whose experts are tasked with assessing risks.”

The requirement that governments have a close working relationship with the IMF is fundamental for many foreign donors. The Fund is better positioned than almost any other organization to evaluate whether aid recipients’ economic policies align with expectations from the likes of the EU. The IMF, however, has shown little apparent readiness to shell out money – or, it seems, to advise others to do so – without credible commitments from Tajik officials.

When officials from Brussels visited Dushanbe and told their hosts that they were waiting for the green light from the IMF, they were advised not to wait around and to pay the money anyway, the European Council source said. This peremptory approach has not worked.

In one half-firm development, a Finance Ministry working group met last week to discuss the adoption of a new tax code – an initiative that started with the president’s office. First Deputy Prime Minister Davlatali Said that the new system, which will replace one adopted in 2013, would be designed with the business community and regular citizens in mind.

Unwieldy tax rules are among the many factors contributing to the proliferation of corruption in Tajikistan. Foreign companies are scared away by the unpredictability of the Tajik market and the many stories about bribery at every stage.

It remains to be seen if bold ambitions, even in this single area, translate into deeds.

As Suma Chakrabarti, the president of the European Bank for Reconstruction and Development, who travelled to Tajikistan earlier this month, told Asia-Plus newspaper in an interview, it is not enough to make plans.

“It is one thing to announce new development plans and programs,” Chakrabarti said in remarks translated into Russian. “It is another thing to implement these plans in practice.”