Tajikistan: Parties for fruit, no parties for you

This time it was the turn for apples. 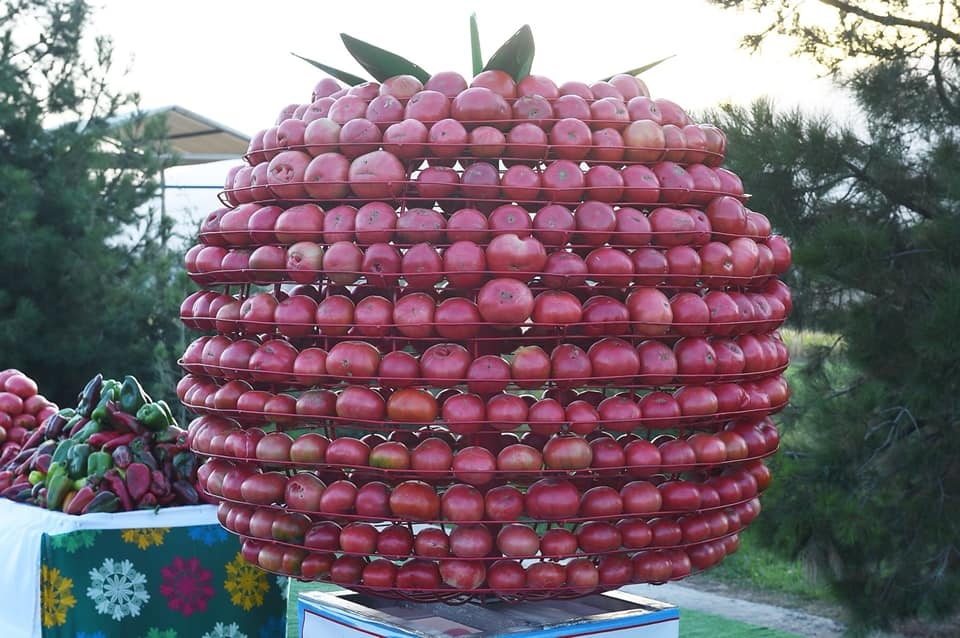 People in Tajikistan are forbidden from having big lavish parties for weddings and birthdays. Fruit get an easier ride.

And so, by presidential decree, the country on September 21 celebrated its maiden holiday dedicated to the apple. Festivities centered on the Mehrgon bazaar in Dushanbe, the capital.

Proceedings were opened by Abdujabbor Rahmonzoda, an advisor to the president on social development and public outreach. Rahmonzoda said the holiday had been dreamed up by his boss, President Emomali Rahmon, as a way to show appreciation for the efforts of the nation’s farmers.

Around 60 strains of apple have been introduced to Tajikistan and spread around the country in the past five years, Rahmonzoda said.

Mehrgon was decked out in colorful arrangements not just of apples, but also other fruit. Hundreds of apples were arrayed in a giant frame structure into one huge red apple. Pears got the same treatment. One circular table heaved with apples sorted into radial and circular bursts of red and green and yellow – the final result being a kind of giant pomaceous dartboard.

More fruit celebrations are imminent. Workers at Mehrgon bazaar warned that it is the turn of pomegranates next week.

The craze for marking fruit holidays in Tajikistan has picked up steam in the past couple of years. The calendar now envisions partying for watermelon, melon, grapes and apricots. Other produce is not left out. There are also honey, plov and flower festivals. Some of the events, such as the melon and honey festival, have been attended by President Rahmon himself.

Authorities take a dim view of similarly grand festivities for private events such as weddings and birthdays. The justification for the formal ban on outsized partying is that many hard-up people can be driven into debt and financial ruin under the social pressure of keeping up appearances. Accordingly, it is strictly forbidden for wedding and engagement parties to last any longer than three hours. Celebrating birthdays in public is not allowed at all.

It is a similar story with religious holidays. In 2017, parliament adopted an amendment to a piece of legislation on “the streamlining of traditional celebrations and ceremonies” to make it an offense to organize extravagant banquets for key Islamic holidays.

Spiritual authorities, who are all but government employees, urged people to refrain from visiting relatives on those days and for children to desist from going from house to house asking for sweets.

It has been a decade since schools have been banned from holding parties to mark the first and last days of the academic party.

Violating any of these rules can incur fines running into the thousands of dollars.