Authorities have refrained from arresting two young men after a show of defiance. 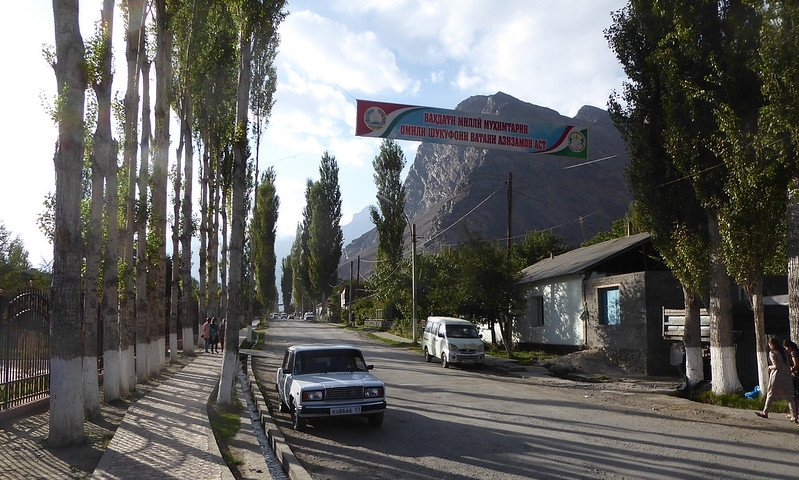 A rare popular show of defiance in Tajikistan appears to have culminated so far in an even rarer climbdown by the authorities.

Following weeks of protests, authorities in the Gorno-Badakhshan Autonomous Region, or GBAO, agreed this week to give up on their attempt to jail two young men on suspicion of association with an accused drug smuggler and have, instead, decided to fine them less than $20 apiece.

The story began on May 22, when officers with the State Committee for National Security, or GKNB, carried out an operation to detain a resident of the Pamirs town of Rushan, Sharof Qobilov, who is suspected by law enforcement bodies of drug-smuggling and leading an organized criminal group. Officials accuse Qobilov of trafficking narcotics from across the border in Afghanistan.

When the GKNB sought to detain Qobilov, however, two young men who were with him at the time intervened to thwart the arrest. But they too ended up being detained.

This sparked a rolling series of rallies to demand their release outside GKNB offices in Rushan that began from May 25. Within a few days, protestors actually managed to break the men free, but continued to gather to ensure that charges against them were dropped.

Negotiations were complicated by the fact the GBAO governor Yodgor Faizov, who is liked and respected by Pamiri communities -- unlike the government in Dushanbe, which is generally distrusted or outright despised -- was being treated for COVID-19 at the height of the standoff. Once he was discharged from the hospital, Faizov managed to persuade demonstrators to disperse peacefully.

That did not resolve the impasse as the GKNB were still demanding that the pair of young men be handed over. The GKNB also announced that it was seeking the arrest of an individual called Yodgor Gulomamadov, who fought on the opposition side in the civil war of the 1990s.

And so, rallies resumed once more, on June 15 outside local government offices in Rushan. Another meeting also took place in front of GBAO government headquarters in the regional capital, Khorog.

“The local community was ready to go to the end to defend the two [men] until the GKNB agreed to drop charges,” one local community leader in Khorog told Eurasianet on condition of anonymity. “People from other areas of the Pamirs had also expressed readiness.”

Finally, on June 17, the GKNB agreed to back down from its threat to jail the men and agreed instead to fine them 190 somoni, which is around $18. They also dropped their efforts to arrest Gulomamadov.

“The people of Rushan are, nonetheless, on the alert. We understand that they do not need conflict before elections, and so they have turned a blind eye and decided not to press charges. But the conflict has not spent itself out, the security services are not ones to just give up like that,” another GBAO resident told Eurasianet.

The resident was referring to presidential elections scheduled to take place in November.

This episode marks only the latest in a string of tense confrontations between the regime in Dushanbe and the people of GBAO, whose inhabitants are ethnically distinct from the majority Tajik population.

In 2012, government troops embarked on a mission to capture a group of informal leaders accused by the authorities of being at the head of drug- and gem-smuggling rings. In a sign of public pushback, many thousands of people emerged onto the streets in Khorog to register their discontent over perceptions that the government was seeking to further curtail their autonomy.

Another flareup occurred in September 2018, when President Emomali Rahmon used a visit to Khorog to dress down top security officials over what he described as a state of lawlessness in the region. A security sweep followed in which the movements of local people were heavily constrained, generating only more resentment.

Although the government describes its intent as that of merely combating illegal activities, such as smuggling and drug-trafficking, the common consensus is that Dushanbe’s real goal is to solidify its writ in that part of the country and squelch its limited autonomy.