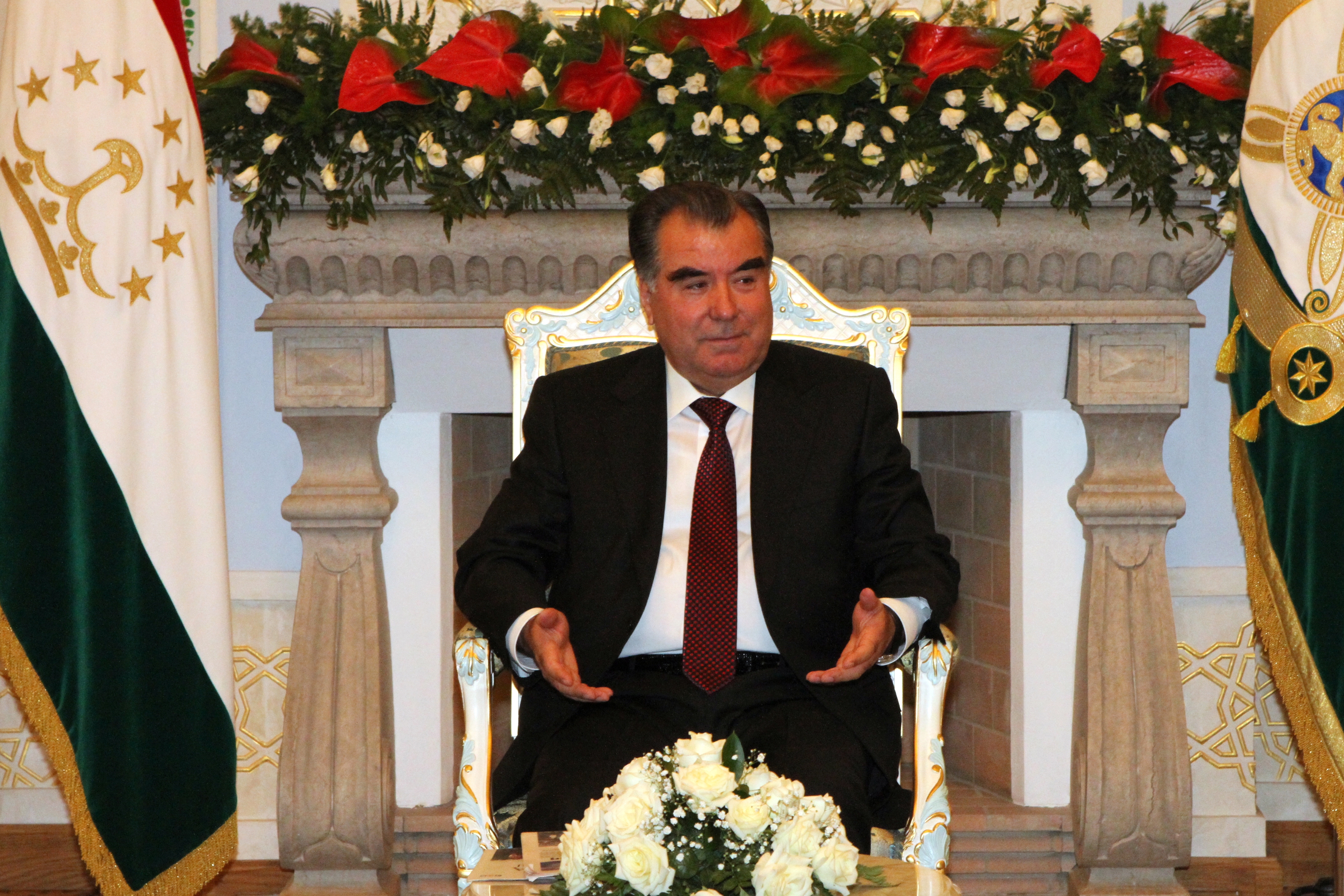 Any writer who deploys the word "stable" to describe Tajikistan without half a dozen caveats has either never heard of the place or is being paid to produce puff. Or both.

“Stable and Strategic at the Crossroads of Asia” declares the headline on a eight-page supplement (presumably not produced for free) distributed March 20 with USA Today, the largest paper by circulation in America.

Full of Silk Road tropes and liberally sprinkled with words of wisdom from President Emomali Rahmon, now in his 23rd year in power, the supplement may fool readers who have never heard of the corrupt and authoritarian Central Asian country, the poorest in the former Soviet Union.

It hits all the government’s key talking points: about Tajikistan’s “multi-vector” foreign policy; cooperation with the West fighting terror and drug trafficking; the visionary leadership of its president (so paranoid he has shut out political opposition despite power-sharing agreements); efforts to tap Tajikistan’s gas reserves (too deep to be economically feasible anytime soon); and the potential for tourism in its mountains (beautiful to be sure, but lacking infrastructure and requiring tiresome extra paperwork to visit the most spectacular places).

Besides the truth-bending, outright untruths abound. A piece on the finance sector highlights a local bank that is insolvent.

But the expectation seems to be that the average American reader will stay none the wiser.

Of course, the supplement describes in glowing terms Rahmon’s dreams: the divisive Rogun – the would-be tallest hydropower dam in the world, which has infuriated downstream Uzbekistan – and the CASA-1000 project to export electricity to South Asia.

The supplement was produced by United World, a London-based PR outfit. On its website, United World describes itself as “an independent, international media communications agency” that has been “recognized as a leader in the production of special economic reports on various countries, regions and sectors worldwide.” The agency “offers its clients unparalleled access to target audiences via both print media and the web” and says it has an exclusive relationship with USA Today, which has a print run of about 1.1. million; it is not clear if the Tajikistan supplement (not featured on USA Today’s website) was distributed with every copy of the paper yesterday.

It is also unclear what Tajikistan paid for the supplement, but it was a long time in the works.

Back in October 2014, President Rahmon’s office was so excited about the forthcoming advertorial that it announced he had granted an interview to the United World flacks – whom the press release mistakenly (or misleadingly) called journalists. No journalist gets that kind of access.

"United World, an independent international news agency, has publications and websites … It is considered an authoritative and reliable source of information,” the president’s office declared. It also released photos of the president discoursing with four eager young writers, pens in hands.

The topic of conversation sounded not too challenging for the 62-year-old veteran leader: “Particular attention was paid to the cultural peace-building achievements of the Tajiks, the practical realization of the strategic objectives of the government of the Republic of Tajikistan  […] as well as the significant role of Tajikistan in strengthening security and stability in the region,” said the October press release.

The supplement appears to be part of a drive to promote yet another “high-level” international water conference, which Dushanbe will host in June and where it will lobby for international attention and support for its Rogun dam. A quarter-page advert invites participants to register for the conference online.

Tajikistan has spent extravagantly on positive spin before, but the results generally look like cut-rate advertising. At least until last year, Tajikistan was paying Washington lobbying firm Fabiani & Company a $1.2 million annual retainer to “develop a favorable US-Tajikistan relationship” and “educate” American officials about Rogun. That relationship led to a series of favorable commentaries posted by Forbes.com that the business magazine later removed.

Tajikistan is the poorest country of the poorest region in the former Soviet Union. Over one-third of the country’s estimated 7.9 million inhabitants live below the poverty line, according to official stats.

United World has worked in the region in the past, publishing a short insert about oil-rich Kazakhstan – which has spent millions on PR abroad – in USA Today in 2011.

The USA Today advertorial will probably get more eyeballs than all the journalistic and watchdog reports on Tajikistan’s poor human rights record, corruption and authoritarianism. Hopefully the people making the decisions in Washington are reading the reports.